ZUG, Switzerland, October 27, 2017 (Maximpact.com News) – First the numbers. Financial investors and leaders of more than 30 faith traditions representing over 500 faith investment groups from eight religions with some three trillion dollars in assets, will meet in Zug this month. They are gathering with representatives of the United Nations and some key ethical impact investment funds, for a unique meeting on faith in finance.

These faith groups are using their investment funds to create what they see as a better and fairer world. In a shift from the faith tradition of saying, for ethical reasons, what they will not invest in, they have all agreed to set out and make public their priorities for positive investment.

The meeting on October 30-31 at Lassalle Haus, Zug, marks a radical shift in how pension funds, governments, foundations and individuals might in the future make their money work for good, while it is still bringing in the returns they need.

Trillions of investment dollars will be represented by delegates, including:

The new movement was sparked in part by the UN’s 17 Sustainable Development Goals, launched in 2015, to bring government and civil society together to make a world free of poverty, discrimination, with affordable, clean energy, clean water, good education and a planet that everyone aims to protect.

“The UN’s Sustainable Development Goals are a huge, and inspiring vision, one shared by many faiths,” said Martin Palmer, secretary-general of the Alliance of Religions and Conservation (ARC), which is hosting the meeting.

“They cannot be achieved by government tax money alone, or by charity donations. They can only be achieved by investment in environmental and sustainable development projects and financial products,” said Palmer. “But they are just the start for value-driven investment for a better world.” 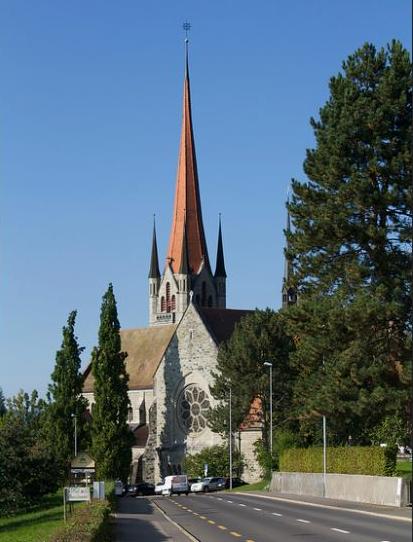 ARC is a secular body founded by HRH Prince Philip that helps the major religions of the world to develop their own environmental programs, based on their own core teachings, beliefs and practices. It is the main partner for the UN in working with the faiths on the Sustainable Development Goals.

On October 18, the New York-based Interfaith Center on Corporate Responsibility (ICCR) announced the formation of the Investor Alliance for Human Rights, a new initiative designed to expand collective investor action on a range of critical human rights issues.

The Alliance, the first of its kind, builds on ICCR’s long-term shareholder engagements on business and human rights and invites active participation and collaboration from the larger investment community.

ICCR membership is made up of nearly 300 organizations, including: faith-based institutions, socially responsible asset management companies, unions, pension funds, colleges and universities that collectively represent over $200 billion in invested capital.

The primary objectives of the Investor Alliance for Human Rights are to:

Participation in the Alliance is open to all institutional investors both inside and outside the ICCR membership. The Alliance will be housed and staffed at ICCR’s headquarters in New York City.

“ICCR members have been engaging companies on human rights and supply chain risks for more than four decades, focusing on the impacts of corporate practices on workers and communities,” said David Schilling, ICCR’s senior program director for human rights.

“In the face of policy and regulatory rollbacks that would forestall progress on these critical issues we know this work grows ever more urgent to the investment community and to impacted people and communities. We are excited by the prospect of partnering with other concerned investors and by the promise of the meaningful change this new alliance could bring to the field of business and human rights,” said Schilling.

The United Nations estimates that religious institutional funds make up around US$10 trillion of the world’s invested funds, making them, as a bloc, the fourth largest investment groups in the world. A further US$30 trillion is owned by members of the major faiths as individuals or family foundations.

At Zug, for the first time, eight major faiths will set out their own Guidelines on what they will invest in to help fund and create a better world for all.

The Zug Guidelines on Faith-Consistent Investing give an overview of where religious investment is placed now, what principles each tradition calls upon when it decides its investment priorities, and a statement that the money should, where possible, be invested in environmental and sustainable development.

The Guidelines will be launched with a colorful procession with banners through the medieval town of Zug, on October 31, the 500th anniversary of the priest Martin Luther nailing his 95 theses onto the door of a chapel in Wittenberg, Germany.

In their very different way, the guidelines represent an equally radical, though more peaceful, shakeup in the impact of religions on the world’s future.

Keynote speakers at Zug include:

The event takes place at the same time as, and in collaboration with, the annual Swiss Impact Investment Association (SIIA) Summit in the city of Zug, which has as its theme this year the subject of Faith-Consistent Investing.