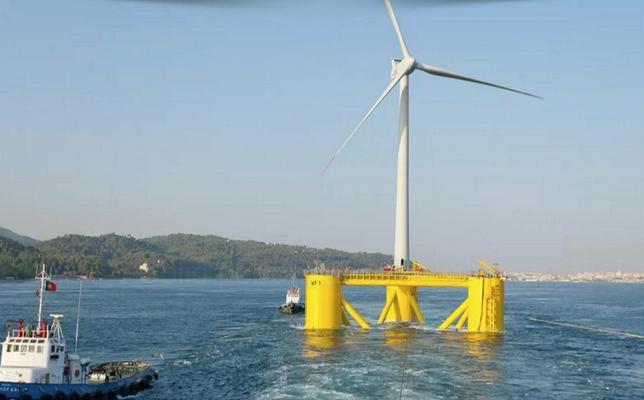 The three or four turbines that will make up the 25 megawatt facility will float in the ocean 20 kilometers off the Portuguese coast at Viana do Castelo. Operational startup is planned for 2018.

The project will be the second floating offshore windfarm pilot in Europe, after Norway’s Statoil said this month it would invest about US$236 million in a 30 megawatt, five-turbine floating windfarm off Scotland. 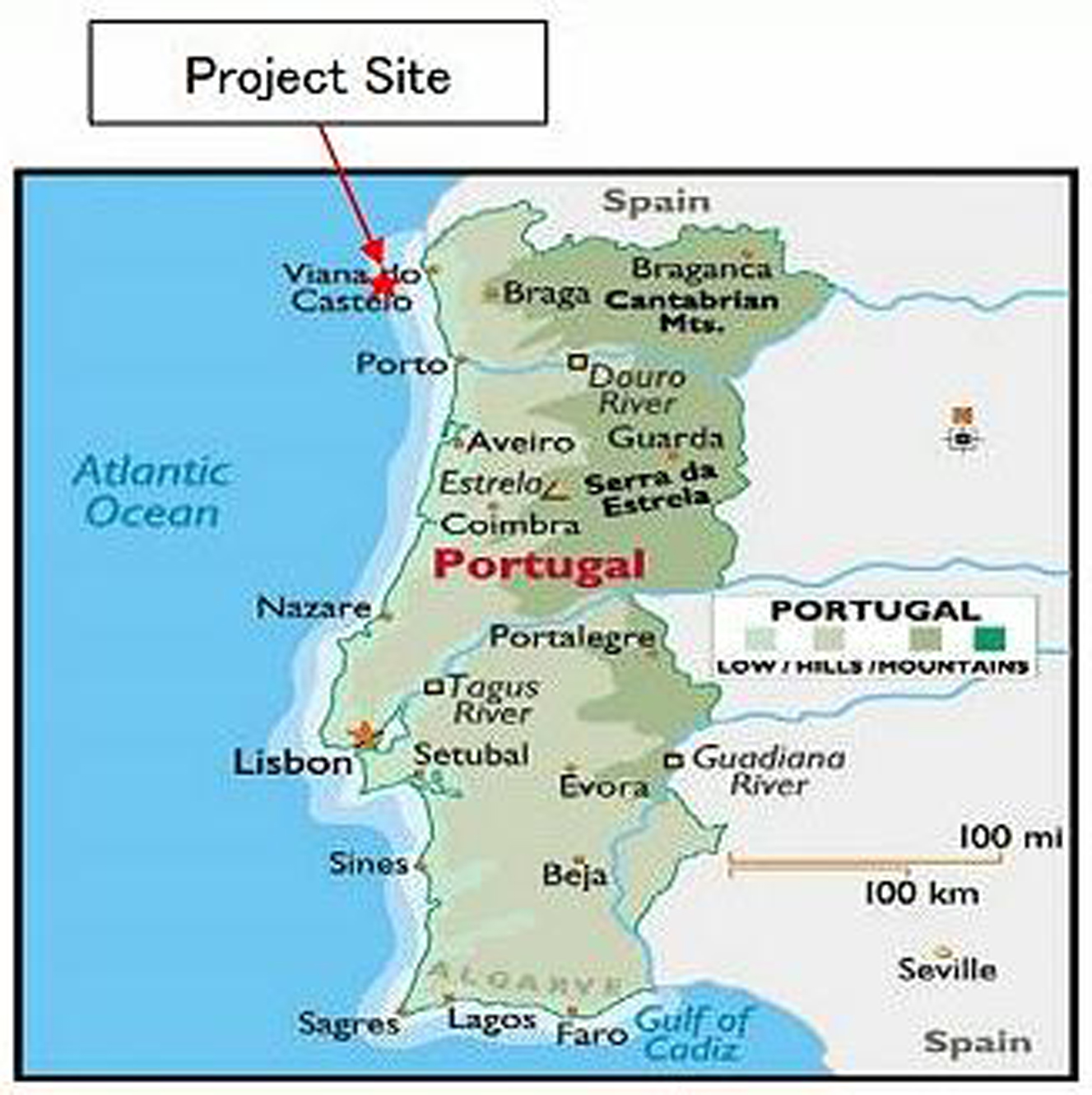 In Portuguese waters, the consortium will use the WindFloat technology, an innovative semi-submersible foundation developed by Principle Power, Inc.

EDP says the floating foundation is anchored to the seabed. Its stability comes from the use of “water entrapment plates” on the bottom of the three pillars, and a static and dynamic ballast system.

“WindFloat adapts to any type of offshore wind turbine. It is built entirely on land, including the installation of the turbine, thus avoiding the use of scarce marine resources,” EDP explained in a statement.

This technology has already been used in a first-of-its-kind prototype called WindFloat 1 close to Aguçadoura. There, a two-megawatt Vestas V80 commercial wind turbine is mounted on a WindFloat foundation and was connected to the grid in December 2011.

The prototype is the world’s first offshore wind deployment, floating or fixed, that did not require the use of heavy lift equipment offshore, and it is the first in open Atlantic waters.

This prototype has produced more than 16 gigawatts of power over nearly four years of operation, performing well even in extreme weather with with waves of up to 15 meters, according to EDP and Vestas.

The consortium says the aim of the Windfloat Atlantic project is “to demonstrate the economic potential and reliability of this technology, advancing it further in the path towards commercialization.”

Floating offshore windfarm technology makes it possible to generate electricity from parts of the ocean that are too deep for conventional offshore wind foundations.

The consortium estimates the total cost of the Windfloat Atlantic project at €121.4 million (US$130.1 million or 16 billion Japanese yen).

The project will receive financial help from the European Union.

In April 2015, the European Commission determined that the Portuguese floating windfarm project was in line with EU state aid rules.

The aid will be granted for 25 years in the form of a feed-in-tariff to compensate for the higher costs of the new technologies.

The cost estimates for ocean energy technologies submitted by Portugal show that the maximum feed-in tariff available under the scheme is “proportionate to the objective pursued,” limiting potential distortions of competition brought about by the state aid, the Commission decided.

The project will also benefit from investment aid and funding from NER300, the EU support program for innovative low-carbon energy demonstration projects.

“The development of new renewable technologies is crucial to help Europe meet its environmental commitments. Today’s approved scheme is an important step for bringing new technologies to the market.”

The Commission found that the project contributes to increasing Portugal’s share of renewable energy by developing new generation technologies.

EU Commissioner Margrethe Vestager, in charge of competition policy, said in April, “The development of new renewable technologies is crucial to help Europe meet its environmental commitments. Today’s approved scheme is an important step for bringing new technologies to the market.”

This year is already the biggest on record for European offshore wind, with a total of 584 electricity-generating turbines coming online across the Netherlands, the UK, and Germany in the first half of 2015, according to the European Wind Energy Association (EWEA).

“It has taken the offshore wind industry just six months to set the best year the sector has ever seen in terms of installed capacity,” said Kristian Ruby, chief policy officer at the European Wind Energy Association (EWEA).

“While this clearly shows a commitment to offshore wind development in Europe, a number of completed projects, explosive growth in Germany and the use of higher capacity wind turbines are major contributors to these numbers,” Ruby said.

France currently has no offshore wind installed – fixed or floating – but plans to install six gigawatts of offshore windpower by 2020.

Wind energy will be the largest source of power supply in the EU by 2030 if governments apply the right level of ambition in their climate and energy policies, according to EWEA’s latest report, released November 17.

Wind power can exceed gas, coal and other forms of energy by the end of the next decade if European member states follow the ambitious end of the policy framework they have set for 2030, the report projects.

Giles Dickson, EWEA’s chief executive officer, said, “Wind power can be the foundation of the European energy system within the next 15 years.”