Footsteps of a Responsible Traveller

LONDON, UK, July 5, 2016 (Maximpact.com News) – A luxurious hotel in Dubai rescues, rehabilitates and releases sea turtles and educates guests about turtle conservation… a hotel and restaurant association in India’s Kerala state works to ensure no food is wasted… accessible only by boat, a rainforest lodge and chocolate farm in Panama borders a spectacular National Marine Park…

These are just three of the 75 organizations in 30 countries longlisted for the 2016 World Responsible Tourism Awards at World Travel Market London, sponsored by the Belize Tourism Board.

In fact, Belize’s Reef Conservation International (ReefCI) is also on the longlist for protection of its section of the world’s second longest reef, where whale sharks play.

The 2016 list of finalists will be released in August, with the winners announced in a ceremony at World Travel Market London during World Responsible Tourism Day on November 8.

Justin Francis, managing director of Responsible Travel and founder of the awards, said, “This is an exciting time of year. It’s when we first get our real glimpse into diversity of the stellar work being done in responsible tourism worldwide.”

“There are a few things which have really got me excited this year and one is seeing representatives from destinations such as Dubai, places we don’t usually associate with responsible tourism, included in the longlist for the first time. For me this is a clear indication that the wider tourism industry is really recognizing the importance and benefits of operating in a responsible way.”

Tourism is one of the world’s fastest growing industries. International tourists numbered 982 million in the year 2000 and the World Tourism Organization projects up to 1.6 billion tourists annually by 2020.

International tourism is a trillion-dollar business, accounting for up to nine percent of global GDP. The World Tourism Organization (UNWTO) estimates that tourism is expected to continue to grow by 3.3 percent annually through 2030, generating one in 12 jobs globally.

Learning about the negative impacts of tourism has led many people to seek more responsible holidays. In fact, sustainable tourism is becoming so popular that what is now viewed as alternative will soon be considered mainstream.

Sustainable, or responsible, tourism “respects both local people and the traveller, cultural heritage and the environment,” according to the United Nations Educational, Scientific and Cultural Organization, UNESCO. 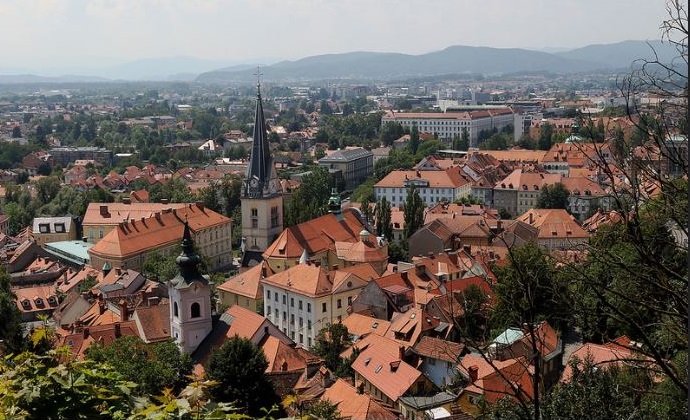 The main partner and co-organizer of the event is Ljubljana Tourism, in cooperation with the Slovenian Tourist Board.

At Global Green Destinations Day the Top 100 Sustainable Destinations 2016 will be named, featuring the world’s most successful sustainable tourism destinations, as well as the best providers of green solutions in the tourism sector.

Increasing the number of visitors to protected areas can be an effective tool for conservation and community development, if well-functioning management systems are in place, according to a 2014 report released at the World Parks Congress hosted by the International Union for the Conservation of Nature (IUCN) in Sydney, Australia.

Highlighting a global collection of case studies from Machu Picchu in Peru to the Damaraland Camp in Namibia, the IUCN report, “Tourism and Visitor Management in Protected Areas: Guidelines for Sustainability,” includes contributions from more than 50 experts from 23 countries and territories, and examples from over 45 countries around the world.

“Unlike other industries and human-driven activities, tourism in protected areas can be a strong positive force – increasing a sense of stewardship and revenues that are vital for the long-term protection of these important conservation areas,” said Dr. Yu-Fai Leung, the chief editor of the report and member of the IUCN WCPA Tourism and Protected Areas Specialist Group. “By contrast, reduced visitor numbers to protected areas can signal a lack of political interest or public support.

There is money to be made in sustainable tourism, which is why “green” hotels are getting an increasing amount of investment.

The Tanzanian based Bakhresa Group, for instance, has appointed Verde Hotels  of South Africa to overhaul and upgrade the old Mtoni Marine Hotel in Zanzibar. The brand new five star property will be known as Hotel Verde, Zanzibar’s greenest hotel.

“We are serious about being the leaders of the Green Economy sector and therefore we approached the developers of Africa’s greenest hotel, Verde Hotels, to ensure that Hotel Verde Zanzibar will be the greenest hotel in East Africa,” explained Said Salim Awadh Bakhresa, chairman of the Bakhresa Group.

The original Hotel Verde in Cape Town is green from its energy-efficient LED lights, to its rooftop solar panels, to its zero waste to landfill policy. The hotel’s cooling/heating system achieves exceptional efficiencies by using heat pumps coupled to 100 boreholes and 11km of geothermal ground loops that use the earth as a thermal battery.

As a hotel management group, Verde Hotels constructs new hotels and renovates existing buildings that are then operated and managed by Verde Hotels , with sustainability at their core. The company’s stated aim is “to transcend conventional hotel and business standards whilst entering into a new era of environmental consciousness and responsible tourism.”

Verde Hotels aims to demonstrate that “luxury and sustainability are not mutually exclusive.”

It often comes down to small practical steps. In Houston, Texas, the Green Hotels Association offers a catalog of environmentally-friendly energy and water-saving products for the lodging industry with such water-saving devices as a toilet-tank fill diverter, which saves about 3/4 gallon of water per flush, is invisible to the guest, does not affect the flush, and costs about $1. Hair and skin care product dispensers save money and offer guests shampoo and soap at the push of a button. The association’s towel rack hangers and sheet changing cards ask guests to consider using their linens more than once.

And at other times, the big picture is the important focus. On June 10, the UN World Tourism Organization welcomed more than 70 experts from 21 countries at its headquarters in Madrid, to share experiences related to the measurement and monitoring of the impact that tourism has on destinations.

Special focus was put on the relevance and the opportunities available from non-traditional data sources, including social media analysis, geospatial data mapping, big and live data collection and usage, as well as the analysis of credit card spending patterns and the flow of visitors based on mobile device information.

This consultation took place in a climate that strengthens the role and responsibilities of sustainable tourism as a positive instrument for development, such as the upcoming International Year of Sustainable Tourism for Development in 2017.

UNWTO Secretary-General Taleb Rifai said, “The declaration by the UN of 2017 as the International Year of Sustainable Tourism for Development is a unique opportunity to advance the contribution of the tourism sector to the three pillars of sustainability – economic, social and environmental, while raising awareness of the true dimensions of a sector which is often undervalued” said

This Earth Day, the Pacific Asia Travel Association (PATA) and the UK charity Reef-World Foundation (Reef-World) announced a new partnership for marine conservation and the sustainable development of marine initiatives and opportunities.

PATA officially endorsed Reef-World and Green Fins, a management approach to promote and measure compliance to an environmental code of conduct for sustainable diving and snorkelling activities for destinations and dive operators.

The top Green Fins member organization this year is Puerto Galera Dive Resort ABWonderdive B&B in the Philippines. In one of the world’s most beautiful bays, underwater photographers focus on seahorses and pygmy seahorses, ghostpipe fishes, frogfishes, flying gurnards and nudibranches of all kinds. Of course, the travel season there is over for this year as monsoon and typhoon season approaches, but there’s always next year!

Top Five Tips for Being a Responsible Traveller