For Forest Conservation ‘The Presence of Women Matters’ 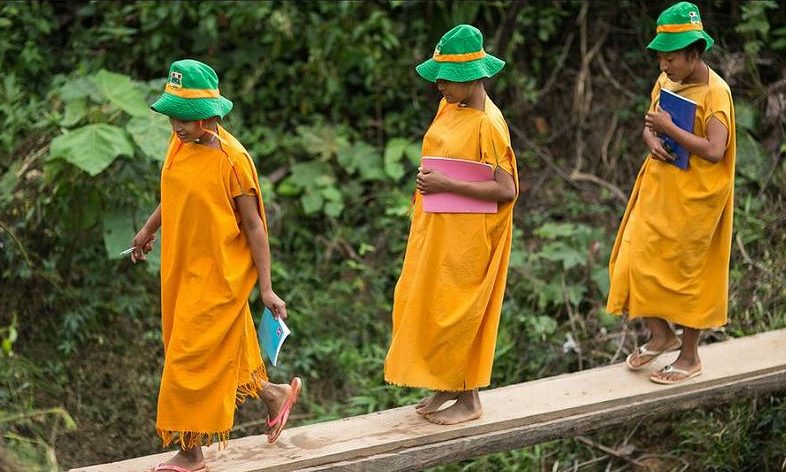 The study of 440 forest users from three developing countries, sheds new light on the role of gender quotas for local governing bodies. The researchers found that a greater proportion of women serving on local governing bodies could help reduce global deforestation and greenhouse gas emissions while settling local inequalities.

“When policymakers think about what to do to increase conservation around the world, gender quotas don’t even come up as a viable policy instrument,” said senior author Krister Andersson, a political science professor and researcher with the Institute of Behavioral Science at the University of Colorado, Boulder .

“This study suggests they should,” he said.

Interventions to reduce greenhouse gas emissions often strive to promote gender balance so that men and women have equal rights to take part in, and benefit from, this decision making.

One conventional way to achieve gender balance is to introduce gender quotas. In this study, the authors show that gender quotas make interventions more effective and lead to more equal sharing of intervention benefits.

The researchers conducted a randomized “lab-in-the-field experiment” in which 440 forest users from Indonesia, Peru and Tanzania made decisions about logging and conservation in a common forested area.

They randomly assigned a gender quota to the participating groups, requiring that at least 50 percent of the members in half the groups were women.

“We wanted to know what would happen if you offered financial incentives for groups to conserve and made sure at least half the members were women,” said Andersson.

Groups with the 50 percent female gender quota conserved more trees as a response to a payment for ecosystem services intervention by the researchers and shared the payment more equally.

“We attribute this effect to the gender composition of the group, not the presence of female leaders,” the authors wrote.

Previous research has shown that women tend to have a greater affinity for the environment, support conservation measures more and are more concerned than men are about problems of inequality, the authors pointed out. 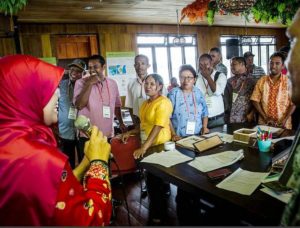 But because women often are at a financial disadvantage or are underrepresented in decision-making bodies, they may not have the opportunity to put their conservation wisdom into action.

Members of the University of Colorado, Boulder research team traveled to 31 villages near collectively-managed forests in three very different countries on three different continents – Indonesia in Southeast Asia, Peru in South America, and Tanzania in Africa.

In each village, they staged a day-long tabletop simulation game in which local forest users were divided into groups of eight and asked to make decisions about how many trees they would harvest from a shared forest.

In the first stage of the game, all participants anonymously chose how many trees they would cut down, knowing that they would receive a small payment of five tokens for each tree.

In the second stage of the game, the participants were told that an external organization would pay them 160 tokens as a group if they didn’t cut any trees down, and the elected leader would decide how to distribute those tokens.

“We found that the groups with the gender quota reduced their harvesting rate far more when the incentive was introduced and also distributed the payments for conserving more equally,” said lead author Nathan Cook, a postdoctoral research fellow at the Institute of Behavioral Science.

“It appears that it is not the gender quota by itself that is making a difference, but rather the combination with the conservation incentive,” said Andersson.

“Maybe women have stronger environmental preferences but having a seat at the table and a payment for foregoing the immediate benefits of cutting down trees empowers them to act,” he theorized.

The study comes as Payments for Ecosystem Services (PES), in which individuals or groups are paid to not extract resources, are growing increasingly common. More than 550 such programs exist in Ecuador, Costa Rica, Brazil and elsewhere to conserve land, water and forests.

Much of the threatened forest is collectively owned and managed by small community groups, but women are often excluded from those groups.

Governments are increasingly experimenting with gender quotas, with legislatures or local governments in India, Argentina and Rwanda earmarking 30 percent of seats for women.

In Nepal, the government stipulates that at least half of local forest user committee members should be women.

In PES systems, people managing and using natural resources, typically forest owners or farmers, are paid to manage their resources to protect watersheds, conserve biodiversity or capture carbon dioxide through, for example, replanting trees, keeping living trees standing or by using different agricultural techniques, according to the London-based International Institute for Environment and Development (IIED).

In some cases payments are made by the beneficiaries of the environmental services, such as water users and hydropower companies. In other cases, national or local governments pay on behalf of their citizens, who are the indirect beneficiaries.

The role of the private sector is growing in PES plans at both international and local levels. While Payments for Ecosystem Services are now more widely used on land, such payments are beginning to gain momentum in coastal and marine ecosystems, the IIED explains.

In the University of Colorado, Boulder study, it didn’t make much difference whether the chosen leader was a man or woman. If the majority of members were female, fewer trees were cut down.

Cook said, “The big takeaway here is that when it comes to environmental conservation, the presence of women matters.”