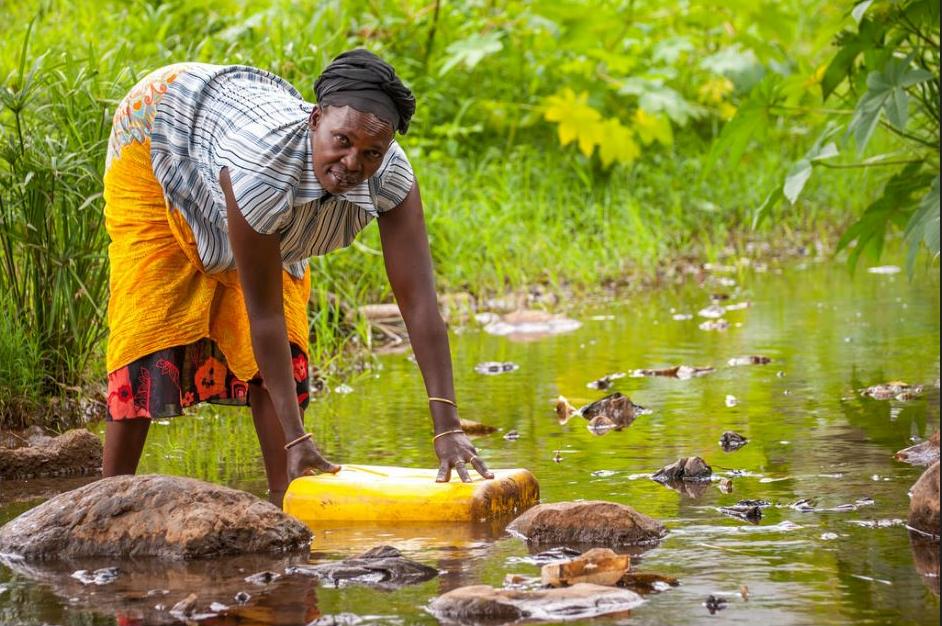 Organized by African Ministers’ Council on Water in collaboration with the African Union Commission and other development partners, the meeting saw political commitments at the highest level to collectively seek solutions to Africa’s many water and sanitation challenges.

From July 18 through 22 government officials, scientists and civil society actors mapped pathways to success for Africa’s effort to achieve the UN’s Sustainable Development Goal 6 – the availability and sustainable management of water and sanitation for all.

Clean water is essential for life, human dignity, and the health of people and of the planet, the United Nations has declared many times, calling the human right to water and sanitation “foundational to the realization and enjoyment of all other human rights.”

At the 6th Africa Water Week, 30 African water ministers and high-level delegations from 53 African nations adopted a plan aimed at achieving Goal 6 – sustainable and universal access to safe water and sanitation throughout Africa.

Adoption of the plan, “The Dar es Salaam Roadmap for achieving the N’gor Commitments on Water Security and Sanitation in Africa,” was the high point of the conference.

In her remarks, Tanzania’s Vice President Samia Suluhu focused on finding the funds to accomplish this gigantic task.

She urged delegates to “tackle present and future challenges by diversifying our sources of water and be innovative in financing mechanisms taking into account the huge funding requirements for the sector, and the urgency of mobilizing funds to put the right infrastructure and skilled manpower to develop and manage the sector more efficiently.”

Rhoda Peace Tumusiime, commissioner for Rural Economy and Agriculture at the African Union Commission, called on Member States to step up efforts to realize the African Agenda 2063 on the “Africa we want” because water is key to reducing poverty in Africa.

“There is need for us to put in place sound policies, legal and regulatory frameworks to support investments from various sources in water, sanitation and hygiene and also promote gender equality and women empowerment,” Tumusiime said.

Nigeria’s Water Resources Minister Suleiman Adamu told reporters at the conference, “We are working to ensure that all Nigerians have access to potable water by 2030 through urban water sector reform programme.“

The continent’s most populous country, Nigeria is located on the Gulf of Guinea in West Africa. The government is tasked with providing clean water for its 184 million people.

Adamu emphasized the need for a change in the public’s attitude toward public utilities, saying “Nigeria must begin to see the importance of paying for water consumed.”

He said the ministry has created a data bank and census covering water supply and sanitation for all water infrastructures in the country to prepare for a renewed effort to reach all Nigerians with clean water.

Nigeria will soon begin the National Programme on Partnerships for Extending Water, Sanitation and Hygiene, aimed at meeting the Sustainable Development Goal 6 of universal access to water.

But there are disagreements among African countries over water. The longstanding dispute between Tanzania and Malawi about Lake Nyasa, in which an agreement for a project on the shared water resource has lasted over 40 years without a deal, for example, and the grand mega power project in the Democratic Republic of Congo, which has stalled for over 40 years.

Still, there are examples of benefits through cooperation. Speaking to members of the Pan African Media Alliance for Climate Change (PACJA),  John Rao Nyoro, executive director for the Nile Basin Initiative, said that the Nile Basin Sustainability Framework is now benefiting all the 10 riparian states along the Nile.

“While it is not a legal framework, the NBSF, which is a suite of policies, strategies, and guidance documents, functions as a guide to national policy and planning process development and seeks to build consensus among countries that share the resource,” Nyaoro told the journalists.

The Dar es Salaam Roadmap recognizes the role of innovative financing and budgetary prioritization for the water sector, sanitation and monitoring.

Water ministers at the 6th Africa Water Week agreed that by increasing transparency and accountability in the sector, governments across the continent can account for financial contributions.

They decided to focus on complementing existing initiatives while avoiding overlap and redundancy, and they pledged to ensure a participatory environment for civil society and citizens in policy formulation, sector planning and monitoring.

Other aspects of the ministers’ plan of action for the continent’s water resources include provision of drinking water, improved sanitation, hygiene, effective and efficient management of wastewater, transboundary water resources, and strengthening Africa’s capacity to respond to climate change.

But the challenges are enormous. As the conference was underway, for instance, the UN’s World Food Programme (WFP) launched a relief program to feed families affected by the severe drought in Malawi.

The El Nino-related drought, the worst drought in more than 30 years, has led to food shortages in much of southern Africa, and more than 18 million people across the region are in need of food aid.

On Tuesday, the 15-country Southern African Development Community (SADC) declared a regional disaster and launched an appeal for US$2.4 billion to support the humanitarian needs and disaster response recovery of the millions affected by the drought caused by the Eastern Pacific ocean warming event known as El-Niño.

Botswana’s President Lt. General Dr. Seretse Khama Ian Khama, who serves as the SADC chair, said, “The 2016 regional food security and vulnerability assessments indicate that the number of food insecure people in the region is about 40 million, which is about 14 percent of SADC’s total population.“

Responding to the appeal, the United States pledged US$300 million, while the United Kingdom pledged £72 million and the European Union pledged €60 million towards humanitarian assistance.

There is a strong effort this year to integrate water issues with climate issues and find mutual solutions for Africa.

There ministers from 22 African countries issued a statement on the importance of implementing and funding water initiatives in Africa. To be presented in Marrakesh, the “Water for Africa,” declaration noted the opportunities presented by the momentum toward integrating water and sanitation with the climate negotiations.

Underlining the urgency and necessity of acting on resilience and adaptation in the water and sanitation sectors, the ministers called for integrating water and climate, prioritizing water in adaptation discussions, adopting priority action plans for water and the SDGs in Africa, enhancing access to finance for water projects from climate funds, and encouraging civil society involvement.