LUXEMBOURG, October 29, 2015 (Maximpact News) – The European Investment Bank is the first issuer to link its individual green bonds to the projects they finance for the sake of transparency and accountability ahead of the Paris climate talks.

Green bonds, called Climate Awareness Bonds or CABs, are a new and increasingly popular source of climate-friendly funding for these expensive projects.

Green bonds were created to increase funding by accessing the $80 trillion bond market and expanding the investor base for sustainable projects. They are dedicated exclusively to climate mitigation and adaption projects, and other environmentally beneficial activities.

The EU’s nonprofit long-term lending institution, the European Investment Bank (EIB), the world’s largest issuer of green bonds, has just announced that it is enhancing the transparency of its reporting on Green Bonds by showing bondholders precisely what their money does.

The bank is going this direction to be in step with the Paris Climate Summit set for November 30 through December 11. There, world leaders will sign a legally-binding universal agreement to limit global warming to 2 degrees Celsius above pre-industrial levels. 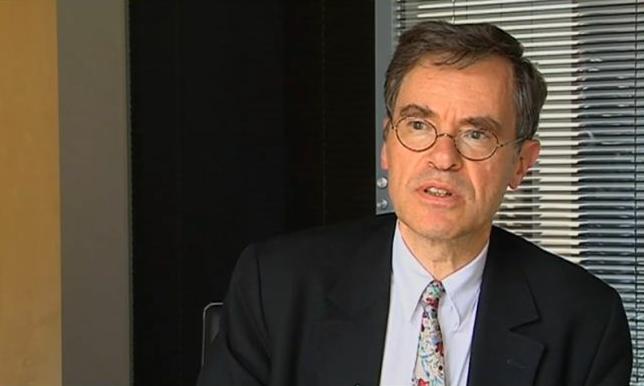 “Green bond issuance has grown substantially, and has the potential to contribute significantly to addressing the 2 degree Celsius target,” said de Mazières.

Transparency and accountability are key themes of the European Union’s position for the Paris climate conference, as adopted by the EU Council on September 18.

“The Paris Agreement must provide for a robust common rules-based regime, including transparency and accountability rules applicable to all Parties…” the EU Council declared.

In harmony with this declaration, earlier this month the EIB extended its transparency effort by reporting on the allocations of proceeds from individual CABs to individual projects, beginning with allocations made in the first half of 2015.

De Mazières explained why, saying, “Granular transparency on the allocation of the CAB-proceeds helps this process by bringing investors more precise insights and promoting best practice.”

The disclosure of the allocation of individual CAB-proceeds to individual projects establishes a direct link between the two.

EIB can deliver this level of information due to an upgrade of its internal procedures and IT-infrastructure following extensive due diligence in 2014 and 2015.

Today, the bank records CAB-eligible disbursements and allocates CAB-proceeds to them on a daily, first-in first-out basis.

This enables detailed monitoring and reporting of allocations, and helps to complete the set of information available to investors.

Eila Kreivi, EIB’s director and head of Capital Markets, said, “Investors are increasingly eager to receive clear information on the use of proceeds and the impact of eligible projects. EIB’s launch of detailed reporting in these areas this year has established an important reference.”

“Transparent management and reporting are essential to further grow the green bond market,” she said. “At the same time, one must be careful not to overload issuers with administrative hurdles. Striking the right balance will be a key challenge for the market.”

EIB’s first Climate Awareness Bond pioneered the green bond segment in 2007 and the EIB is the largest issuer of Green Bonds to date.

In September 2014, together with other multi-lateral development banks, the EIB committed to maintaining a developmental role to spur further sustainable growth of the green bond market.

In response to a recommendation in the Green Bond Principles “to help establish a model for impact reporting that others can adopt and/or adapt to their needs,” the African Development Bank, International Bank for Reconstruction and Development and the International Finance Corporation (IBRD) have joined EIB in a first harmonization proposal for bonds that fund renewable energy and energy efficiency projects. It is now being circulated for discussion.

Meanwhile, the EIB is popularizing its CABs across the world, entering the Canadian market for the first-time this week.

The Climate Change Support Team, working for United Nations Secretary General Ban Ki-moon has described green bonds as very attractive to institutional investors, with demand for green bonds much larger than the supply.

EIB’s issuance of €2.7 billion equivalent in Green Bonds this year to date has brought total CAB issuance to over €10 billion and confirms EIB’s position as the world’s largest issuer of Green Bonds.

Slide Show images: a) Gemasolar, a 15 MW solar power tower that uses molten salt for receiving and storing energy, is located in the city of Fuentes de Andalucia, Seville, Spain. (Photo by Markel Redondo/Greenpeace under creative commons license via Flickr). b) Wind turbines generate electricity at Europoort, an area of the Port of Rotterdam and the adjoining industrial area in The Netherlands.  (Photo by Frans de Wit under creative commons license via Flickr)