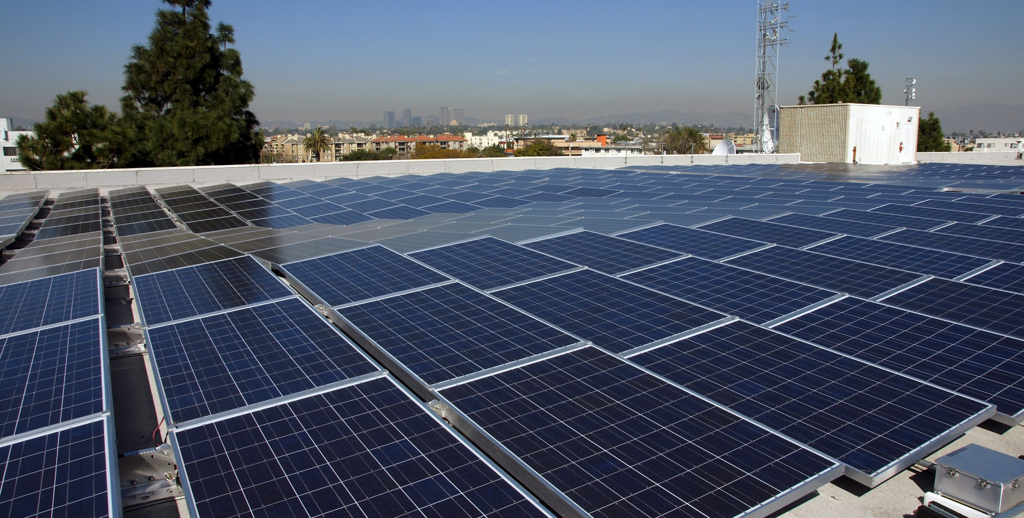 CUPERTINO, California, October 17, 2018 (Maximpact.com News) – Not every company, of course, but increasing numbers of corporations, led by some of the world’s largest tech firms, are taking responsibility to protect people and planet with renewable energy and other forms of low-carbon development.

As part of its commitment to combat climate change and create a healthier environment, Apple announced in April that its global facilities are powered with 100 percent clean energy. This achievement includes retail stores, offices, data centers and co-located facilities in 43 countries, including the United States, the United Kingdom, China and India.

The company also announced nine additional manufacturing partners have committed to power all of their Apple production with 100 percent clean energy, bringing the total number of supplier commitments to 23.

“We’re committed to leaving the world better than we found it. After years of hard work we’re proud to have reached this significant milestone,” said Tim Cook, Apple’s CEO.

Apple currently has 25 operational renewable energy projects around the world, totaling 626 megawatts of generation capacity, with 286 megawatts of solar PV generation coming online in 2017, its most ever in one year.

The company has 15 more renewable projects under construction. Once built, over 1.4 gigawatts of renewable energy generation will be spread across 11 countries.

Cook said, “We’re going to keep pushing the boundaries of what is possible with the materials in our products, the way we recycle them, our facilities and our work with suppliers to establish new creative and forward-looking sources of renewable energy because we know the future depends on it.”

Just days ago, a little further north, T-Mobile signed on to Puget Sound Energy’s Green Direct program, giving the communications giant access to a blend of local wind and solar renewable energy sources. Relying on these sources, T-Mobile plans to power its Bellevue, Washington, headquarters with 100% renewable energy by 2021.

“At T-Mobile, we really mean it when we say we’re going to clean up wireless for good … and in this case that means cleaning up our impact on the planet by making a BIG commitment to renewable energy,” said John Legere, CEO of T-Mobile.

The wireless company has been commended by the U.S. Environmental Protection Agency and the Center for Resource Solutions for its industry-leading green energy initiatives.

“T-Mobile’s choosing green power because it makes sense for the planet and for our customers – plus it’s helping grow America’s green energy market big-time,” said Legere. “I’m incredibly proud of our team for earning recognition for their hard work – but there’s lots more to be done and you can be sure, we won’t stop!”

The move will help T-Mobile save millions of dollars in energy costs, while also putting it one step closer to its RE100 clean energy commitment to use 100% renewable energy across the entire company by 2021.

Businesses like the benefits of saving on energy costs, and so RE100 was officially launched in New York City at Climate Week NYC 2014.

Today, it’s a global, collaborative initiative of influential businesses committed to using 100% renewable electricity. RE100 members are companies large and small with operations all over the world, spanning a wide range of sectors, from telecommunications and IT to cement and automobile manufacturing.

RE100 shares the compelling business case for renewables and showcases business action, while working with others to address barriers.

Companies gain a better understanding of the advantages of going 100% renewable, and benefit from peer-to-peer learning and technical guidance, as well as greater public recognition of their ambitions and achievements as they work towards their goals.

RE100 is organized by The Climate Group in partnership with the Carbon Disclosure Project, or CDP as it is known today, as part of the We Mean Business coalition. The organizers believe it will accelerate the transformation of the global energy market and aid the transition toward a net-zero economy.

RE100 member Sony  has brought forward its target year for reaching 100% renewable electricity in the United States to 2030.

Sony joined RE100 in September with a goal of going 100% renewable globally by 2040. By setting an earlier target for its US operations, the tech giant is demonstrating it is possible for businesses to go further and faster.

Sam Kimmins, head of RE100, The Climate Group , welcomed the news, coming as it does right after a new report released by the Intergovernmental Panel on Climate Change (IPCC) showing that limiting global warming to 1.5°C will require rapid and profound transitions in energy systems everywhere.

“In a week when scientists are telling us we need to do more to keep global warming under 1.5 degrees Celsius, you couldn’t have a more powerful message than one of the world’s largest electronics and entertainment companies stepping up the pace on climate action,” said Kimmins.

“This shows the business community what can be done, and we encourage all major companies to follow suit,” he said.

Executive Vice President with the Sony Corporation of America Mark Khalil said, “Our commitment to achieve 100% renewable electricity usage in the North American region by 2030 is a step toward our global goal. By joining RE100 and establishing global and regional targets, we hope to accelerate the usage of renewable electricity at Sony and inspire other companies to do the same.”

In 2001, Sony Pictures Studios (SPS) was certified under the international environmental standard ISO 14001 and has maintained and expanded it each year since, the first and only major studio to do so.

Sony installed solar photovoltaic cells on the roof of its Jimmy Stewart Building and is using 100 percent renewable energy in its Arizona data center. Combined, this will reduce the company’s carbon footprint by  1,000 tons over three years.

Sony Pictures Entertainment renovated and expanded the Central Plant on the Studio Lot to incorporate additional buildings in this efficient HVAC loop. This has avoided 550 tons of the greenhouse gas carbon dioxide (CO2) annually. 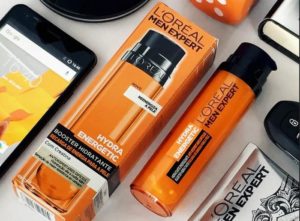 “Today, for certain products, up to 100% of the plastic used in our packaging has been recycled,” says Philippe Thuvien, managing director of packaging and development at the L’Oréal Group, referring to the bottles of new shampoos from the Redken, Kiehl’s and Pureology brands.”

“In total, the amount of recycled plastic in our packaging increased by 33% in 2017,” said Thuvien.

“As an industry leader invested in the future of sustainable packaging,” he said, “the Group has been working with a specialist environmental consultancy, Quantis, to launch the Sustainable Packaging Initiative for Cosmetics (SPICE), which is designed to help the industry commit to more responsible packaging and improve the environmental performance of the entire packaging value chain.”

Unilever, the British-Dutch transnational company, the world’s largest consumer goods firm, says that on any given day, “2.5 billion people use Unilever products to feel good, look good and get more out of life – giving us a unique opportunity to build a brighter future.”

Earlier this month Unilever announced its support for a global ban on animal testing for cosmetics as part of an ambitious new collaboration with the animal protection nonprofit Humane Society International.

David Blanchard, chief research and development officer at Unilever, explained, “Animal testing for cosmetics has been banned in the EU since 2013, and we hope that an adoption of similar bans in other countries will accelerate the regulatory acceptance of alternative approaches and thereby remove any requirements for any animal testing for cosmetics anywhere in the world.”

Dove, Unilever’s largest beauty and personal care brand, has gained accreditation by People for the Ethical Treatment of Animals (PETA). Dove’s cruelty-free status recognizes the brand’s commitment to not conduct any tests on animals anywhere in the world. PETA’s cruelty-free logo will begin to appear on Dove packaging from January 2019.

We want to play our part in tackling climate change and reduce the depletion of natural resources. It makes business sense to reduce our risk by securing sustainable sources of supply for raw materials, to cut costs through reducing packaging materials and higher manufacturing efficiencies, and to appeal to more consumers with sustainable, purpose-led brands.

The company said in a statement, “In 2017, our factory sites reduced CO2 emissions from energy by 47% per tonne of production compared to 2008. We have also increased our use of renewable energy within our manufacturing; in 2017, this increased to 33.6% compared to 15.8% in 2008. Additionally, 65% of all grid electricity used in our manufacturing operations was generated from renewable resources.”

Unilever has pledged to source 100% of its total energy from renewable sources by 2030.

Yet, all does not run smoothly, even in companies with the best of intentions. Unilever said in September that the greenhouse gas impact of its products has risen by 9% since 2010. Underlying sales growth over the same period was 33.1%, so, the company said, “…it is encouraging to see that we are decoupling our value chain greenhouse gas  impacts from our business growth.”