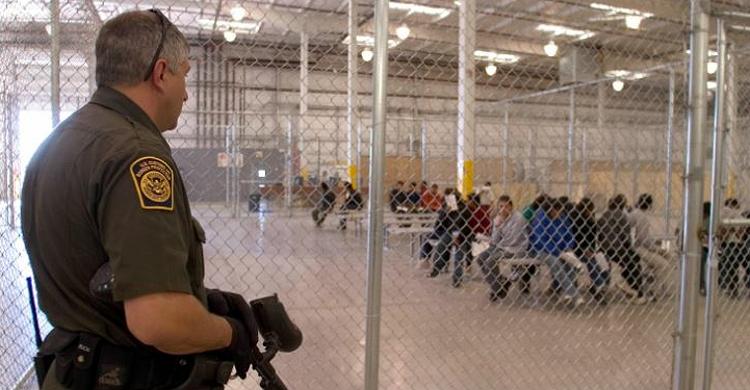 Illegal migrants into the United States are placed in holding cages before they are returned to Mexico, September 13, 2016, (Photo courtesy U.S. Customs and Border Protection) Public domain.

WASHINGTON, DC, May 30, 2019 (Maximpact.com News) – By a wide margin, a majority of Americans are in favor of altering U.S. immigration policies to place less emphasis on family reunification and greater weight on admitting English speakers with high-level skills, according to a Hill-HarrisX poll released Tuesday.

Immigration has been one of the most contentious elements of the Trump presidency, with its policy of separating families at the U.S.-Mexico border to discourage migration from Latin America and holding children in cages at the border while their fate is determined.

On May 16, President Donald Trump announced his plan to modify U.S. immigration law to create a scoring system that would allow immigrants to sponsor themselves and to improve their chances of acceptance by having in-demand skills and educational achievements, speaking English, and being financially independent.

The May 24-25 Hill-HarrisX survey found that only eight percent of registered voters wanted potential immigrants with relatives already in the country to have preference over those with job skills that might benefit the U.S. economy.

Forty-four percent of those surveyed said they wanted a system that would place equal weight on family reunification and immigrants’ skills while 31 percent of respondents said the United States should favor immigrants who would be good for the economy.

Seventeen percent said that neither group of applicants should be given preference.

Voters 34 and younger were the group most likely to prefer family unification over employable skills. Only 14 percent of these younger voters said they wanted preference for immigrants with family members already in the United States, but that was higher than the four to eight percent of older groups who agreed.

About one-third of respondents of all ages said they favored immigrants with job skills that could help the economy. Between 40 and 49 percent of each age group said they wanted employable skills and family membership to be weighted equally.

The U.S. Department of Homeland Security reports that 66 percent of approved long-term visa applicants are family-sponsored, 12 percent are employer-sponsored, 11 percent are refugees, and five percent are from a “diversity visa lottery” which periodically increases the number allowed from particular countries that do not normally have large numbers of emigrants apply.

“Like Canada and so many other modern countries,” said Trump at the White House May 16, “we create an easy-to-navigate points-based selection system. You will get more points for being a younger worker, meaning you will contribute more to our social safety net. You will get more points for having a valuable skill, an offer of employment, an advanced education, or a plan to create jobs.”

President Trump is targeting for removal people who are caught trying to enter the United States between legal points of entry on the U.S.-Mexico border.

Most immigrants (76%) are in the United States legally, while a quarter are unauthorized, according to Pew Research Center  estimates in November 2018  based on federal government census data.

Yet, President Trump calls the current situation at the U.S.-Mexico border a “crisis” and says his plan will “remove all incentives for smuggling women and children.”

“People have no idea how bad it is unless you’re there, and unless you are a member of law enforcement. They see it every day, and they can’t believe what they see,” said Trump without presenting evidence or giving details.

The president vowed to deny unaccompanied children entry to the United States and send them back to their countries of origin. “Current law and federal court rulings encourage criminal organizations to smuggle children across the border. The tragic result is that 65 percent of all border-crossers this year were either minors or adults traveling with minors. Our plan will change the law to stop the flood of child smuggling and to humanely reunite unaccompanied children with their families back home – and rapidly,” Trump said.

He warned that legitimate asylum seekers at the border are being displaced by those lodging “frivolous claims” to gain admission to the United States and calls it “asylum abuse.”

“Asylum abuse also strains our public school systems, our hospitals, and local shelters, using funds that we should, and that have to, go to elderly veterans, at-risk youth, Americans in poverty, and those in genuine need of protection. We’re using the funds that should be going to them. And that shouldn’t happen. And it’s not going to happen in a very short period of time. Have to get this approved.”

Trump said his administration is already building the controversial wall between Mexico and the United States and should have close to 400 miles built by the end of next year. “It’s going up very rapidly,” he said.

Trump’s plan includes “a sweeping modernization of our dysfunctional legal immigration process.” The president says he is concerned that prospective immigrants with money and high-levels skills are now unable to enter the United States.

“The biggest change we make is to increase the proportion of highly skilled immigration from 12 percent to 57 percent, and we’d like to even see if we can go higher. This will bring us in line with other countries and make us globally competitive,” Trump said. 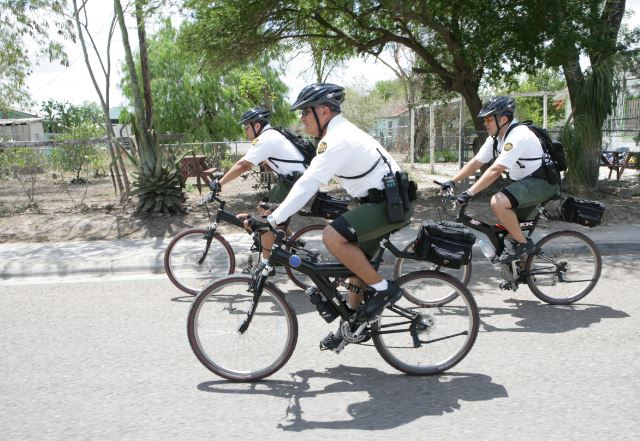 Trump’s plan would give priority to higher-wage workers, “ensuring we never undercut American labor,” he said, adding, “To protect benefits for American citizens, immigrants must be financially self-sufficient.”

“Finally,” said Trump, “to promote integration, assimilation, and national unity, future immigrants will be required to learn English and to pass a civics exam prior to admission.”

“Through these steps,” said the president, “we will deliver an immigration system that respects, and even strengthens, our culture, our traditions, and our values.”

The fate of his new immigration framework is not yet settled. To become law, Trump’s plan must be approved by Congress.

But Speaker Nancy Pelosi, whose Democratic Party controls the House of Representatives, says the proposal is going nowhere.

“This dead-on-arrival plan is not a remotely serious proposal,” Pelosi said right after Trump’s announcement.

“The White House has repackaged the worst of its past failed immigration plans: greenlighting the Administration’s barbaric family detention policies, reviving the President’s ineffective and wasteful wall, completely abandoning our patriotic and determined Dreamers and gutting our asylum and refugee protections, which the evangelical community has called the ‘crown jewel of American humanitarianism.’

“Dreamers” are young people brought to the country as children, who, under the U.S. Deferred Action for Childhood Arrivals (DACA) policy, are allowed to receive a renewable two-year period of deferred action from deportation and become eligible for a work permit. Trump has spoke out against the policy and does not mention it in his new immigration plan.

Pelosi declared, “To say that this plan’s application criteria are ‘merit-based’ is the height of condescension.”

“Democrats continue to fight for immigration reform that secures our borders, protects our workers, unites our families, defends our Dreamers and provides an earned pathway to citizenship,” said Pelosi. “We look forward to working with the White House on serious and smart solutions that reflect our nation’s values and interests.”

Democratic presidential hopeful and former U.S. Congressman Beto O’Rourke is a fourth generation resident of El Paso, Texas, a city on the U.S.-Mexico border. He proposes “the most sweeping rewrite of U.S. immigration and naturalization laws in a generation.”

On the first day of his presidency, O’Rourke promises to “use executive authority to stop the inhumane treatment of children, reunite families that have been separated, reform our asylum system, rescind the travel bans, and remove the fear of deportation for Dreamers and beneficiaries of programs like TPS [Temporary Protected Status].”

Enacted as part of the Immigration Act of 1990, this temporary immigration status provides a work permit and stay of deportation to nationals of designated countries facing an ongoing armed conflict, environmental disaster, or extraordinary and temporary conditions.

O’Rourke would work towards legislation “focused on the key role families and communities play,” to harness the power of economic growth and opportunity that both immigration and naturalization bring.

O’Rourke would strengthen the U.S. partnership with Latin American neighbors, saying, “We need to refocus on supporting democracy and human rights and invest in reducing violence because the only path to regional security runs through a more democratic and prosperous Latin America.”

So, although last week’s Hill-HarrisX public opinion poll showed that the majority of Americans support immigration changes that place more emphasis on high-level skills than on family sponsorship, the political battle over the Trump administration’s new immigration plan is just getting started.