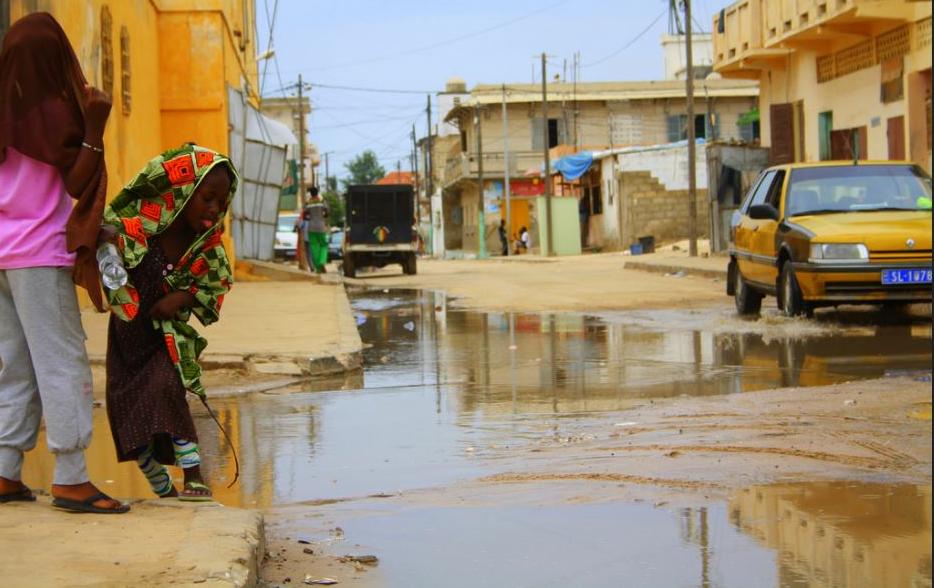 SOUTHAMPTON, Bermuda, May 10, 2018 (Maximpact.com  News) – Unprecedented changes occurring in the oceans signal the urgent need for a multi-sectoral approach, with businesses, governments and the insurance industry working together, finds a new report presented at the world’s first Ocean Risk Summit by the International Union for Conservation of Nature (IUCN).

The report, “Ocean connections: An introduction to rising risks from a warming, changing ocean,” was commissioned by XL Catlin, a global insurance and reinsurance company headquartered in Bermuda. It covers rising ocean temperatures and stressors such as ocean acidification and a reduction in the amount of oxygen dissolved in the oceans on the marine environment and human life, and their consequences for society.

“The changing chemistry and physics of the ocean as a result of climate change can have devastating consequences for human life, health and livelihoods, the scale of which we are only beginning to realize,” says Carl Gustaf Lundin, director of the IUCN’s Global Marine and Polar Programme.

“The insurance industry can play a significant role in helping businesses, governments and communities mitigate damages and better adapt to these changes,” said Lundin. “Insurance against the loss of ecosystems can provide the much needed protection for people dependent on them for their livelihoods, while encouraging their sustainable management.”

The IUCN report was released Tuesday as high-profile speakers from across the political, economic, environmental and risk sectors gathered in Bermuda for the first Ocean Risk Summit.

The island, a British Overseas Territory in the North Atlantic Ocean that lies 1,070 km (665 miles) east-southeast of Cape Hatteras, North Carolina, is on the front line of ocean changes, exposed to rising sea levels, declining fish stocks and an expected increase in tropical cyclone intensity.

Charles Cooper, chief executive of Reinsurance at XL Catlin, said, “Ocean risk is among the biggest challenges we face, but with the right approach, we can incentivize positive change, to protect natural and human capital for the future.”

It assesses how the global insurance sector, founded on the need to protect against loss in the marine shipping sector, now needs to equip itself, such as building new modeling systems to account for multiple and inter-connected risks.

These risks include coastal inundation caused by sea-level rise, intensifying storms, and threats to human wellbeing caused by factors such as the loss of marine food resources and a growth in ocean-borne viruses.

Dr. Niehörster told local news outlet Bernews, “This is a wake-up call to the insurance sector to focus on the risks emanating from ocean change. It makes clear there is urgent work needed to better prepare the industry, which in turn can help build resilience to economies and society most at risk from these impacts.”

The IUCN report warns that ocean warming will affect global food security as a result of changes in fishery yields and the distribution of fish stocks. Damages to property and the displacement of people are expected to rise as a result of sea-level rise and frequent extreme weather events such as storms and floods.

The health of marine species and humans will be affected by increasing bacteria and virus outbreaks as pathogens spread more easily due to the warming waters, while travel and tourism will be impacted by frequent coral bleaching events, the IUCN reports.

There is no comprehensive analysis of the costs to society from ocean stressors, but the IUCN warns that these costs will be significant.

For instance, the 2016 algal blooms and aquaculture fish kills in Chile due to a strong El Niño Eastern Tropical Pacific warming pattern resulted in losses of up to US$800 million.

The World Meteorological Organization (WMO) has confirmed that 2017 was the most expensive year in history for losses from weather and climate-related events, costing the global economy an estimated US$320 billion.

Today, The Nature Conservancy and XL Catlin announced a project to develop Blue Resilience Carbon Credits. These will, for the first time, value the combined carbon sequestration and resilience benefits provided by coastal wetland ecosystems.

Support provided by XL Catlin will allow The Nature Conservancy to explore the development of a system of credits assigning a market value to the resilience services provided by these ecosystems, which are historically undervalued.

“Blue carbon is an emerging opportunity for wetland conservation and restoration, gaining popularity in international policy spheres,” said Maria Damanki, global managing director for the ocean at The Nature Conservancy.

“Wetlands help to fight both climate change and achieve greenhouse gas mitigation targets, whilst helping to make coasts more resilient to the impacts of climate change,” she said.

“An economic incentive is vital for coastal wetland conservation to curtail wetland destruction by creating a financial value for the resilience these systems offer. This is why the Blue Carbon Resilience Credits are so important,” said Damanki.

Paul Jardine, chief experience officer for XL Catlin, said, “In 2017 XL Catlin launched its Ocean Risk Initiative to help identify solutions and build resilience at local, regional and global levels to the implications of ocean related risk. Our collaboration with The Nature Conservancy is an exciting and real-world example of our commitment.”

The hope behind the Blue Resilience Carbon Credits initiative is that, for the first time, insurance firms and other businesses will be able to offset their carbon footprints while better understanding the contribution they are making to reducing coastal hazards in the world’s most vulnerable coastal areas.

Featured Image: Coastal damage in the aftermath of the 2015 floods on the Caribbean island of Trinidad. Photo by Rajiv Jalim) Creative Commons license via Flickr

One thought on “Insurance Industry Wakes Up to Ocean Risks”