Investing to Save Earth’s Vanishing Biodiversity 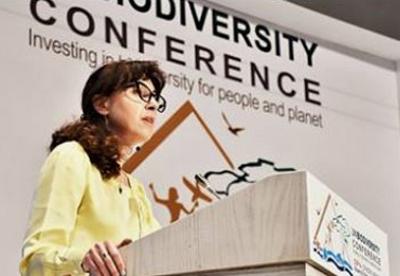 SHARM El SHEIKH, Egypt, November 15, 2018 (Maximpact.com News) – “Investing in Biodiversity for People and Planet,” is the theme of the UN Biodiversity Conference taking place in Egypt from now through the end of November. Officials from 190 countries have gathered to halt the loss of animals and plants and protect the ecosystems that support the livelihoods of billions.

Voluntary public and private commitments, with a review mechanism to ensure accountability, are encouraged, to step up the implementation of biodiversity targets.

This year, which marks the 25th anniversary of the Convention on Biological Diversity (CBD), will be the last opportunity to assess progress towards the achievement of the Strategic Plan for Biodiversity 2011-2020.

It allows two years to identify effective actions and tools for implementation of the Plan before its final evaluation in 2020, when a new global biodiversity framework will be adopted.

Back in 2010, in Nagoya, Aichi Prefecture, Japan, Parties to the Convention on Biodiversity adopted a Strategic Plan for Biodiversity for the 2011-2020 period, including the 20 Aichi Biodiversity Targets.

This revised and updated Plan provides an overarching framework on biodiversity, not only for the biodiversity-related conventions, but for the entire United Nations system and all other partners engaged in biodiversity management and policy development.

The first of the Aichi targets is simple: By 2020, at the latest, people are aware of the values of biodiversity and the steps they can take to conserve and use it sustainably.

The second Aichi target is more complex: By 2020, at the latest, biodiversity values have been integrated into national and local development and poverty reduction strategies and planning processes and are being incorporated into national accounting, as appropriate, and reporting systems.

The 20th and last Aichi target is the most important for accomplishment of all the rest: By 2020, at the latest, the mobilization of financial resources for effectively implementing the Strategic Plan for Biodiversity 2011-2020. Mobilization should increase substantially from 2010 levels.

Today at the Biodiversity Conference in Egypt, CBD Executive Director Cristiana Pașca Palmer opened the High-level Segment. “More than 80 ministers attended and I invited them to collaborate and be bold and visionary when it comes to the execution of our common vision: Living in Harmony with Nature by 2050.”

“I underscored that we need to save the planet to save ourselves, and for that we need to place biodiversity at the core of all economic and political decisions,” said Palmer.

Representing the European Union at the High-Level Segment, Commissioner for the Environment, Maritime Affairs and Fisheries Karmenu Vella said, “Biodiversity – nature – is our life-support system. The current rate at which we are losing our wildlife and ecosystems is an existential threat as worrying as climate change.”

“I am encouraged by the growing awareness of the links between the two, also at high-level international events such as this one and the upcoming United Nations climate change conference in Poland. Protecting biodiversity on land as in the ocean is important for future generations, but also for our current wellbeing,” said Vella.

Contributing more than €350 million per year on biodiversity in developing countries, the EU is the world’s biggest donor for the protection of biodiversity.

The European delegation, headed by Commissioner Vella, will aim to bring biodiversity policy to the political forefront to prepare for an ambitious and united outcome at the Conference of the Parties (COP15) in China in 2020.

The EU will call for integrating nature objectives in the sectors of industry, mining, energy and infrastructure.

All the parties are expected to adopt a joint Declaration to that end.

Commissioner Vella also will sign the EU’s joining of the Coalition of the Willing for Pollinators, as foreseen in the recent EU Initiative on Pollinators, to support a strong, coordinated international response to the decline of pollinators.

There are many signs that the diversity of life on Earth is being pushed to the brink of extinction by human activities.

Since 1964, the International Union for the Conservation of Nature (IUCN) has maintained the Red List of Threatened Species, the world’s most comprehensive inventory of the global conservation status of biological species.

Currently there are more than 96,500 species on The IUCN Red List, and more than 26,500 are threatened with extinction – 40 percent of amphibians, 34 percent of conifers, 33 percent of reef building corals, 25 percent of mammals and 14 percent of birds.

In its review of the Aichi targets, the IUCN said in a position paper for the CBD conference, “Despite many positive actions, most of the Aichi Biodiversity Targets are not on track to be achieved by 2020.”

“Less than two years before the 2020 deadline, IUCN emphasizes that focused, concerted and strategic action is urgently needed,” the organization warns.

But there are hopeful signs that conservation efforts can have positive outcomes.

Inger Andersen, IUCN Director General said, “These conservation successes are proof that the ambitious, collaborative efforts of governments, business and civil society could turn back the tide of species loss.”

“Unfortunately,” said Andersen, “the latest update also underlines how threats to biodiversity continue to undermine some of society’s most important goals, including food security. We urgently need to see effective conservation action strengthened and sustained. The ongoing UN biodiversity summit in Egypt provides a valuable opportunity for decisive action to protect the diversity of life on our planet.”

In another sign of the continuing decline of biodiversity, the global conservation group WWF issued its biannual “Living Planet Report – 2018: Aiming Higher,” compiled with the Zoological Society of London, on October 29.

It shows that populations of mammals, birds, fish, reptiles, and amphibians have, on average, declined in size by 60 percent in just over 40 years.

The WWF report shows that the biggest drivers of the current biodiversity loss are overexploitation and agriculture, both linked to continually increasing human consumption. 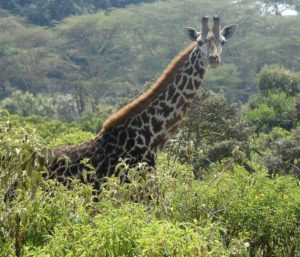 Marco Lambertini, director general WWF International, writes in his foreword to the report, “We have known for many years that we are driving the planet to the brink. The astonishing decline in wildlife populations shown by the latest Living Planet Index – a 60 percent fall in just over 40 years – is a grim reminder and perhaps the ultimate indicator of the pressure we exert on the planet.”

“The nature conservation agenda is not only about securing the future of tigers, pandas, whales and all the amazing diversity of life we love and cherish on Earth. It’s bigger than that. There cannot be a healthy, happy and prosperous future for people on a planet with a destabilized climate, depleted oceans and rivers, degraded land and empty forests, all stripped of biodiversity, the web of life that sustains us all.”

“In the next years, we need to urgently transition to a net carbon neutral society and halt and reverse nature loss – through green finance, clean energy and environmentally friendly food production. We must also preserve and restore enough land and ocean in a natural state,” wrote Lambertini. “Few people have the chance to be a part of truly historic transformations. This is ours.”