Investing in Water for Life 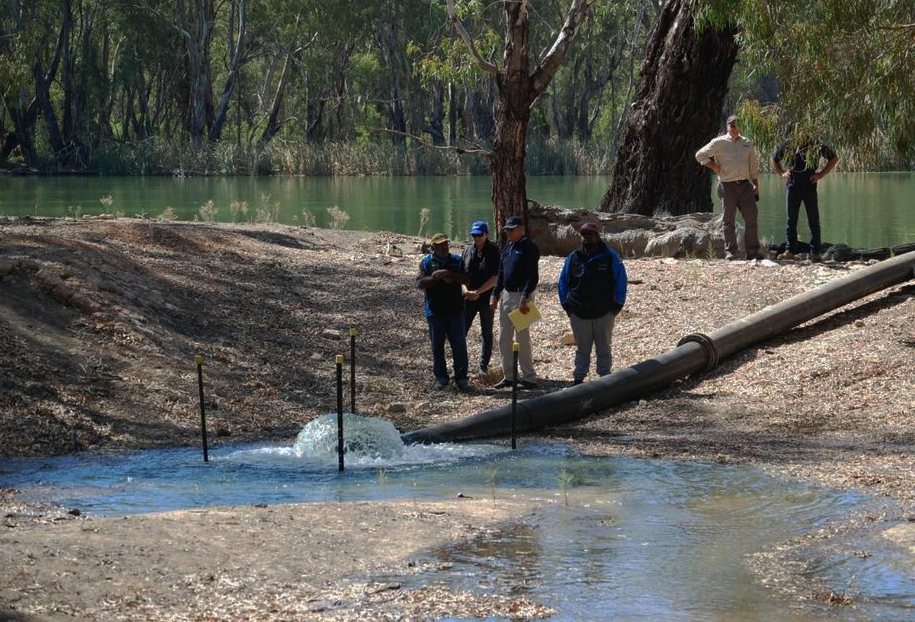 Water is returned to Australia’s Murray River through a Nature Conservancy Water Sharing Investment Partnership, 2016. (Photo by Brian Richter) Posted for media use.

The new study  from nonprofit The Nature Conservancy, “Water Share: Using water markets and impact investing to drive sustainability,” shows that through new approaches to water markets, the planet-wide problem of water scarcity can be managed.

The WSIP concept was created by The Nature Conservancy’s water program and impact investment unit, NatureVest, to advance the strategic trading of water-use rights within river and lake basins.

“The establishment of high-functioning and well-governed water markets – in which a cap on total use is set; rights to use water are legally defined, monitored, and enforced; and in which rights can be exchanged among water users – can provide a powerful integration of public and private efforts to alleviate water scarcity,” the report states.

“This model takes advantage of the motivations and incentives for trading water,” says Brian Richter, the lead scientist for the water program at The Nature Conservancy, headquartered in Arlington, Virginia with offices in 30 countries.

“As water assumes a value, it provides a huge incentive for water conservation and water savings,” he said.

The Nature Conservancy launched its first Water Sharing Investment Partnership in Australia in 2015 in the Murray-Darling river basin, which drains one-seventh of the continent. As of May 2016, about A$27 million had been invested in the Murray-Darling Basin Balanced Water Fund , with a target of A$100 million within the next four years.

NatureVest plans to replicate the success of this fund in other areas of the world and is now in the process of scoping various river basins across the western United States and Latin America, where a similar model of water reallocation through investor-funded solutions can be applied.

The Nature Conservancy is now building off its track record of using philanthropic dollars to purchase water on behalf of the environment in North America, to craft Water Sharing Investment Partnerships (WSIPs) and other water transactions and investment mechanisms to help rebalance water use in stressed basins.

A WSIP operates within an existing water market, using investor capital and other revenue sources to acquire water-use rights.

These rights can be reallocated to nature, or sold or leased to other water users seeking more supplies, generating financial returns for investors.

The report identifies investor funded solutions, some of which may serve as the basis for a future WSIP such as long-term water trades within farming communities by establishing a complex of water sharing agreements: “…farmers’ water markets, long-term trades between farmers and cities, short-term trades within farming communities and short-term exchanges between farmers and cities.“

“As water assumes a value, it provides a huge incentive for water conservation and water savings,” Richter says.

Freshwater ecosystems are the most imperiled on the planet, and their condition is getting worse. More than 30 percent of Earth’s water sources are being over-exploited, some to near exhaustion.

A sense of urgency pervades the conference hall as 3,000 people from 120 countries are gathered in Stockholm this week for the 26th annual World Water Week under the theme “Water for Sustainable Growth.”

Torgny Holmgren, executive director of the organizer, Stockholm International Water Institute (SIWI), said, “Without reliable access to water, almost no Sustainable Development Goal will be achieved. To make that happen, we must ensure water’s centrality to the entire Agenda 2030. This will show the power water has a connector.”

“Water connects not only sectors, but also nations, communities and different actors. Water can be the unifying power, the enabler for progress in both Agenda 2030 and the Paris Climate Agreement,” said Holmgren.

Stockholm Mayor Karin Wanngård told delegates that cities struggle with some of the biggest problems, but also have access to powerful solutions.

“We have the job growth, the universities, the creative ideas,” she said. “We also face the biggest emissions, the social problems, and housing shortage. Our participation in the struggle for sustainable solutions is key for global success. And that means a growing responsibility, a moral responsibility towards future generations and their ability to live in cities where it is possible to work, live in security, breathe the air and drink the water.“

Addressing the opening session, Sweden’s Foreign Minister Margot Wallström reinforced the message that water is a connector and an enabler in realizing the UN’s Sustainable Development Goals, particularly Goal 6 – clean, accessible water for all.

“Successful realization of Goal 6 of the 2030 Agenda will underpin progress across many of the other goals, particularly on nutrition, child health, education, gender equality, healthy cities and healthy water ecosystems and oceans,” said Wallström.

Angel Gurría, secretary general of the Organization for Economic Co-operation and Development (OECD), said that water now has come to the front and center of international deliberations. “Water now has the place it needs to have in international priorities,” said Gurría. 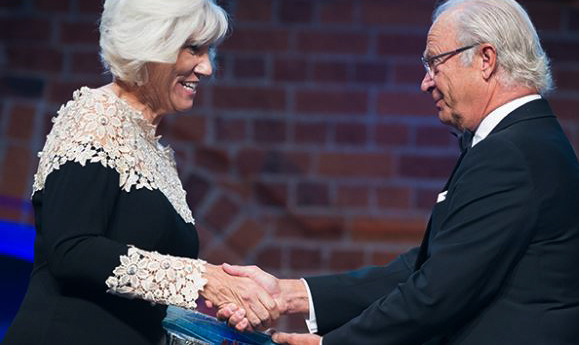 Professor Joan Rose from Michigan State University received the 2016 Stockholm Water Prize on Wednesday, for her tireless contributions to global public health; by assessing risks to human health in water and creating guidelines and tools for decision-makers and communities to improve global wellbeing.

The prize, worth $150,000, was presented to Professor Rose by H.M. Carl XVI Gustaf, King of Sweden, during a ceremony in Stockholm City Hall during World Water Week.

Professor Rose said, “As an individual it is an honor and I am overflowing with gratitude. But it means even more, because it is a prize that honors water, it honors the blue planet and it honors the human condition. Therefore, I am very proud.“

Rose and her team, whom she calls “water detectives” investigate waterborne disease outbreaks globally, to determine how they can be stopped and prevented.

She is regarded as the world’s foremost authority on the microorganism Cryptosporidium, an intestinal parasite that in 1993 killed 69 people and sickened more than 400,000 others who drank contaminated water in Milwaukee, Wisconsin.

“More than two billion people still lack adequate sanitation, and over one billion lack access to safe drinking water. Hundreds of thousands of deaths from diarrhoeal diseases each year could be prevented by improved water, sanitation and hygiene,” said Holmgren.

“Joan Rose, our water hero, is a beacon of light in the quest for securing a better, healthier life for this and future generations,” he said.

Speaking of what she views as the world’s greatest water challenge, Professor Rose said, “I think it is going to be the reversal of water quality problems around the world; the algal blooms in fresh water and coastal waters, and the pollution, not just associated with humans, but also with disease outbreaks among our wildlife, like amphibians and fish. I also think reconnecting water and food security will be a major challenge. We are starting to do it but it will definitely continue to be a challenge.”

Water Facts from the United Nations:

Featured Image: The Jordan River runs along the border between the Kingdom of Jordan, Israel and Palestine. The 251-kilometre (156 mile)-long river flows through the Sea of Galilee and on to the Dead Sea. (Photo by Tracy Hunter) Creative commons license via Flickr