NAIROBI, Kenya, March 26, 2019 (Maximpact.com News) – Things are changing quickly at the UN’s environmental agency. As evidence mounts of the devastating effects of human activity on the health of the planet, a global clamor for even swifter action arose at an important meeting of the world’s environmental leaders earlier this month.

Ministers from more than 170 of the 193 United Nations Member States “laid the groundwork for a radical shift to a more sustainable future,” when “development will no longer cost the earth,” UN Environment said in a statement.

The Fourth UN Environment Assembly (UNEA-4) gathered under the twin themes of innovative solutions for environmental challenges and sustainable consumption and production. The goal was to inspire nations, companies and individuals to take a critical look at how they produce and consume and #SolveDifferent. 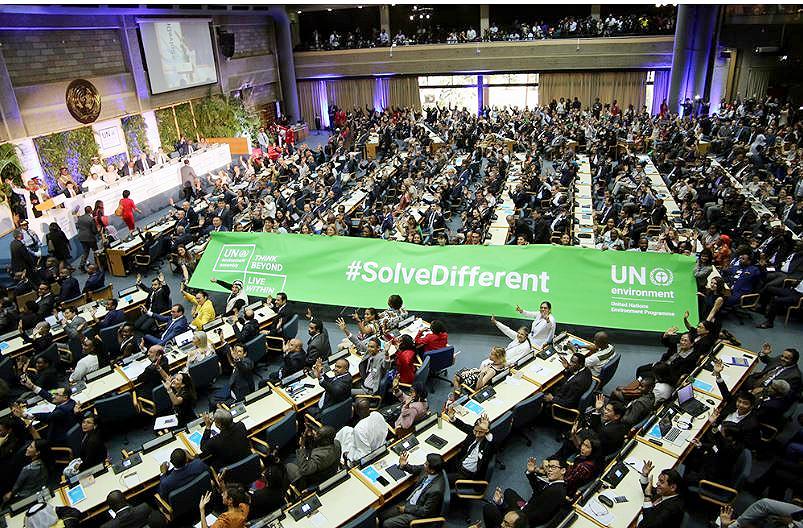 More than 4,700 delegates – environment ministers, scientists, academics, business leaders and civil society representatives – met in Nairobi for the Assembly, the world’s top environmental body whose decisions will set the global agenda ahead of the UN Climate Action Summit in September in New York.

“The world is at a crossroads but today we have chosen the way forward,” said Siim Kiisler, president of the Fourth UN Environment Assembly and Estonia’s environment minister. “We have decided to do things differently.” 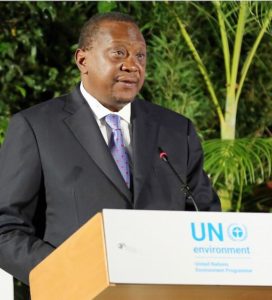 “From reducing our dependence on single-use plastics to placing sustainability at the heart of all future development, we will transform the way we live. We have the innovative solutions we need. Now we must adopt the policies that allow us to implement them,” Kiisler said.

Motivation to keep the planet’s temperature down was spurred by release of UN Environment’s sixth Global Environment Outlook (2019) , which calls on the decision makers to take immediate action to address pressing environmental issues to achieve the Sustainable Development Goals and the Paris Agreement.

The Outlook shows that the global population in 2018 is some 7.5 billion, with conservative estimates of nearly 10 billion by 2050 and nearly 11 billion by 2100, according to well established United Nations figures.

Increases in life expectancy and reductions in infant and other mortality mean that population growth rates will soar in all regions except Europe and parts of Asia, the Outlook report concludes.

Women’s unequal access to education, lack of empowerment and lack of access to sexual and reproductive health services, all contribute to high birth rates. Without changes in production and consumption patterns, population growth will continue to increase environmental pressures, the Outlook warns before turning to climate change.

“Climate change is a priority issue affecting both human systems, including human health, and natural systems – air, biological diversity, freshwater, oceans and land – and which alters the complex interactions between those systems,” the Outlook report states, as have many other scientific reports within the past year.

“Time is running out to prevent irreversible and dangerous impacts of climate change,” it declares.

To combat this threat while respecting the vision laid out in the Sustainable Development Goals for 2030 , the ministers decided “innovation will be harnessed to tackle environmental challenges.”

On March 15 at the close of the Assembly, delegates adopted a series of non-binding resolutions, covering the logistics of “shifting to a business-unusual model of development.”

“We will address the damage to our ecosystems caused by the unsustainable use and disposal of plastic products, including by significantly reducing single-use plastic products by 2030, and we will work with the private sector to find affordable and environmentally friendly products,” they vowed.

They recognized that a more circular global economy, in which goods can be reused or repurposed and kept in circulation for as long as possible, can contribute to sustainable consumption and production.

Other resolutions said Member States could transform their economies through sustainable public procurement and urged countries to support measures to address food waste and develop and share best practices on energy-efficient and safe temperature-controlled supply chains for products that are not heat stable.

“Our planet has reached its limits and we need to act now. We are delighted that the world has responded here in Nairobi with firm commitments to build a future where sustainability will be the overarching objective in everything we do,” said UN Environment’s outgoing Acting Executive Director Joyce Msuya.

Msuya, a Tanzanian microbiologist, will soon be replaced by Inger Andersen of Denmark, who has been leading the International Union for the Conservation of Nature (IUCN).

Ridding the Oceans of Plastic Litter

A key focus of the meeting was the need to protect oceans and other fragile ecosystems. Ministers adopted several resolutions on marine plastic litter and microplastics, including a commitment to establish a multi-stakeholder platform within UN Environment to take immediate action towards the long-term elimination of marine litter and microplastics.

As delegates entered the UN Environment Assembly, they were inspired to take action by the sight of a rainbow-colored traditional dhow boat resting a pile of plastic water bottles on the grass.

Built from 10 tonnes of plastic trash picked up from Kenyan beaches and roads, and around 30,000 repurposed flip flops, the nine-metre-long dhow, named Flipflopi, earlier this year sailed more than 500 km from the island of Lamu, down Kenya’s Indian Ocean coast and on to Zanzibar. The goal – to help people to reduce their use of throwaway plastic and recycle whatever they can.

Now the Flipflopi team wants to build a bigger recyled plastic boat and sail it down to South Africa, and beyond.

“We want to take this African plastic revolution to the rest of the world and showcase that spirit of innovation and creativity that exists on our soil,” said Dipesh Pabari, Kenyan entrepreneur and Flipflopi project leader. “Africa has something to offer.”

During the Assembly, Antigua and Barbuda, Paraguay, and Trinidad and Tobago joined UN Environment’s Clean Seas campaign, bringing the number of countries now involved in the world’s largest alliance for combatting marine plastic pollution to 60, including 20 from Latin America and the Caribbean.

The need to act swiftly was underscored by the publication of a series of comprehensive reports during the Assembly.

Among the most devastating was an update on the changing Arctic, which found that even if the world were to cut emissions in line with the Paris Agreement, winter temperatures in the Arctic would rise 3-5°C by 2050 and 5-9°C by 2080, devastating the region and unleashing sea level rises worldwide.

A look at the changing Arctic indicates that rapidly thawing permafrost could accelerate climate change even further and derail efforts to meet the Paris Agreement’s long-term goal of limiting the rise in global temperature to 2°C.

Bob Watson, an American scientist who chairs the 130 nation Intergovernmental Panel on Biodiversity and Ecosystem Services (IPBES), declared that the message of all global assessments is the same – that without rapid transformative change, global warming, biodiversity loss and land degradation will continue.

Watson encouraged ecosystem-based approaches to climate mitigation and adaptation efforts, and the restoration of ecosystems.

The ministers understood his message, stating in their final declaration, “We will improve national resource management strategies with integrated full lifecycle approaches and analysis to achieve resource-efficient and low-carbon economies.”

Heads of Government Speak Out

When the High-Level Segment of UNEA-4 opened, heads of state and government from France, Kenya, Madagascar, Rwanda and Sri Lanka addressed delegates.

Kenya’s President Uhuru Kenyatta stressed the importance of integrating traditional and cultural knowledge in the effort to promote sustainable consumption and production.

He said that the world needs to act now to address record levels of environmental degradation, food insecurity, poverty and unemployment.

“Current global statistics are indeed quite sobering and projections for the future generations are dire and demand urgent action from governments, communities, businesses and individuals,” President Kenyatta said.

Emmanuel Macron, President of France, highlighted the vision behind the 3rd One Planet Summit taking place at the UN in Nairobi, in parallel with the UNEA-4 High-Level Segment.

President Macron said young people were right to protest and that the world needs their anger to drive faster, more forceful action.

“We believe that what we need, given the situation we live in, are real laws, rules that are binding and adopted internationally,” Macron said. “Our biosphere faces total devastation. Humanity itself is threatened. We cannot simply respond with some nice-sounding principles without any real impact.”

He voiced a rousing call for action to limit global warming and stop biodiversity loss, warning, “We will be held accountable.”

Andry Rajoelina, President of the island nation of Madagascar, focused on the importance of addressing climate change and presented efforts by Madagascar to use its biodiversity as “an engine for green growth.” He saidhis country plans to shift towards renewable energy sources while doubling or tripling energy production and improving access to electricity, and the campaign to reforest 40,000 hectares a year.

The ministers declared in their final communique, “We reaffirm that poverty eradication, changing unsustainable and promoting sustainable patterns of consumption and production and protecting and managing the natural resource base of economic and social development are the overarching objectives of, and essential requirements for, sustainable development.”

Msuya concluded, “If countries deliver on all that was agreed here and implement the resolutions, we could take a big step towards a new world order where we no longer grow at the expense of nature but instead see people and planet thrive together.”

Featured Image: This dhow made of recycled plastic and used flipflops rests in front of UN Environment headquarters in Nairobi, after sailing 500 km along the coast of Kenya earlier this year. The expedition was supported by UN Environment’s Clean Seas campaign, which helps governments, businesses and citizens to eliminate single-use plastics. March 2019 (Photo courtesy UN Environment) Posted for media use.