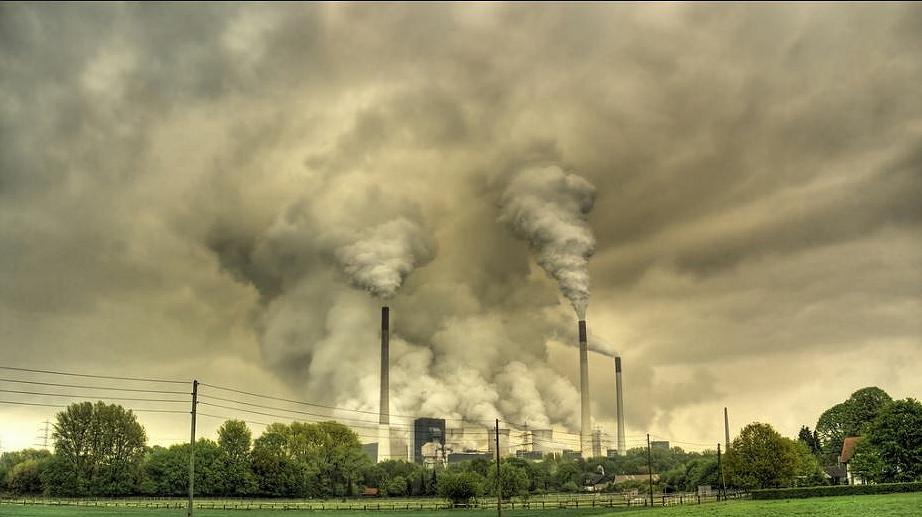 One of the largest coal-fired power plants in Europe is owned by Uniper SE in the Scholven district of the city of Gelsenkirchen, Germany. (Photo by Guy Gorek) Creative Commons license via Flickr

Just one year since the entry into force of the Paris Agreement on climate, 21 Emissions Trading Systems (ETS) are operating around the world at various levels of government.

The past year has seen major developments, with a new system emerging in China and the linking of Ontario’s system with that of California and Quebec.

“While the challenge of climate change grows with every year, so does the competency and determination of the policy response,” said International Carbon Action Partnership (ICAP) Co-Chair Marc Allessie, director of the Dutch Emissions Authority, while releasing the report on Tuesday.

“We are confident that ETS is bound to its promise of delivering a cost-effective tool for implementing national pledges under the Paris Agreement,” Allessie said.

Carbon emissions trading works on a cap-and-trade market-based system. A cap is set on the total amount of carbon dioxide equivalent (CO2e) that can be emitted by facilities covered by the system. The cap is reduced over time so that total emissions drop.

Within the cap, companies receive or buy emission allowances which they can trade with one another as needed. They can buy limited amounts of international credits from emission-saving projects around the world. The limit on the total number of allowances available ensures that they have a value.

Trading brings flexibility that ensures emissions are cut where it costs least to do so. A robust carbon price promotes investment in clean, low-carbon technologies.

Since 2005, the share of global carbon emissions capped by an emissions trading system has tripled from five percent to roughly 15 percent, now covering some seven gigatons of carbon dioxide equivalent (CO2e), according to the report.

The Network Expands Its Reach

In November 2017, the EU and Switzerland signed an agreement to link their emissions trading systems, the first agreement of this kind for the EU and the first between two parties to the Paris Agreement.

The initial launch of China’s national emissions trading system for the power sector in December 2017 is what the ICAP report calls “a remarkable and rapid first step for an emerging economy that is powered by the world’s largest coal fleet.”

This development sends a strong signal to the international community as Chinese coal consumption has recently been one of the key drivers of global emissions.

In November, at the UN climate conference (COP23) in Bonn, the EU and China decided to step up their joint cooperation on carbon markets, ahead of the launch of China’s nationwide emissions trading system.

Speaking after the meeting, European Climate and Energy Commissioner Arias Cañete said, “China is ready to launch its nationwide emissions trading system, which is set to cover more than twice as much CO2 as the EU ETS, once it reaches its full scope. This will undoubtedly send a strong signal to the rest of the world in support of carbon markets. The EU is therefore pleased to engage in even closer bilateral cooperation with our Chinese counterparts.”

In September, the European Parliament and Council reached an agreement to revise the EU Emissions Trading System for the period after 2020. This revision is expected to help put the EU on track to achieve a significant part of its commitment under the Paris Agreement to reduce greenhouse gas emissions by at least 40 percent by 2030.

To achieve the 40 percent EU target, the sectors covered by the ETS have to reduce their emissions by 43 percent compared to 2005.

The changes to the EU system will speed up emissions reductions and strengthen the Market Stability Reserve to reduce the current oversupply of allowances on the carbon market.

To this end, the overall number of emission allowances will decline at an annual rate of 2.2 percent from 2021 onwards, compared to the current rate of 1.74 percent.

New Zealand is the first, and still the only, country to fully include forest landowners in a greenhouse gas emissions trading scheme, according to a report released in 2017 by Motu Economic and Public Policy Research, New Zealand’s leading non-profit economic and public policy research institute.

The NZ ETS is a partial-coverage all-free allocation, uncapped, internationally linked emissions trading scheme first legislated in 2008 and amended twice, in 2009 and 2012.

Has it been effective?

On February 28, New Zealand’s first environmental accounts show greenhouse gas emissions rose more slowly than economic growth in the last 25 years, but the planting of forests to absorb carbon dioxide has slowed since 2013.

Efforts to price carbon are also progressing in Latin America and in subnational governments in North America.

The largest Canadian province, Ontario, linked its system to the joint carbon market of California and Quebec  beginning this year.

As part of the Pan-Canadian Framework on Clean Growth and Climate Change, all Canadian provinces and territories will have a price on carbon by the end of 2018.

“A wide range of actions are taking shape across all levels of government, from the municipal level all the way up to the international level. Sub-national governments in particular have played and will continue to play a vital role,” said Jean-Yves Benoit, ICAP Co-Chair, and Director of the Carbon Market, Ministry of Sustainable Development, Environment and Fight Against Climate Change of Quebec.

Established in 2009, the Regional Greenhouse Gas Initiative (RGGI) is the first mandatory market-based program in the United States to reduce greenhouse gas emissions.

RGGI is a cooperative effort among the nine states of Connecticut, Delaware, Maine, Maryland, Massachusetts, New Hampshire, New York, Rhode Island, and Vermont to cap and reduce CO2 emissions from the power sector.

States sell nearly all emission allowances through auctions and invest proceeds in energy efficiency, renewable energy, and other consumer benefit programs. These programs are spurring innovation in the clean energy economy and creating green jobs in the RGGI states.

Interest in several U.S. States, like Virginia and New Jersey, could see an expansion of cap-and-trade despite inaction on the federal level under the Trump administration.

Governor Murphy said. “Pulling out of RGGI slowed down progress on lowering emissions and has cost New Jerseyans millions of dollars that could have been used to increase energy efficiency and improve air quality in our communities.”

By withdrawing from RGGI, New Jersey lost an estimated $279 million in revenue that could have been realized by the state’s participation in RGGI’s carbon emission trading program.

As part of the public comment period on Virginia’s proposed carbon trading rule, the Department of Environmental Quality is holding public hearings throughout the state during the month of March.

After a tough political battle in the California legislature, the state extended its cap-and-trade program until 2030. This will build confidence in an increasingly stringent long-term carbon price signal in the linked Western Climate Initiative carbon market, which includes the provinces of Quebec, British Columbia and Ontario, and the state of California.

The recent legislative changes and regulatory reforms in California have set the cap to decline by about four percent annually from 2021-2030, yielding a 40 percent reduction by 2030 compared to 1990 levels.

These renewed commitments to emissions trading give low carbon investors certainty and have resulted in rising carbon prices, with the EU allowance price passing €10 for the first time since 2011.

The ICAP report concludes that, “Together, these two trends – the continual spread of ETSs and reforms of major systems – will continue to change the landscape of emissions trading – widening and deepening its role in the low-carbon transformation process worldwide.”

The ICAP Status Report is published annually and features in-depth articles from policymakers and carbon market experts with insights into the latest ideas across the globe. To download the full report, executive summaries in Chinese, English, and Spanish, infographics, and a short video, please visit ICAP Status Report.