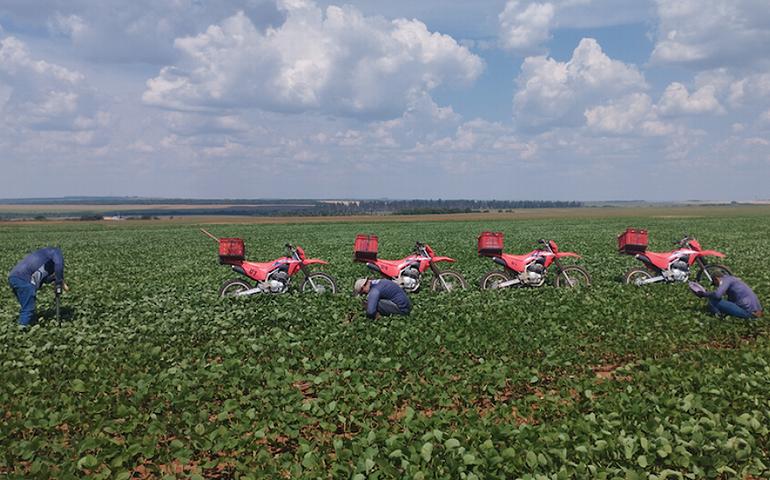 CASABLANCA, Morocco, November 25, 2022 (Maximpact.com Sustainability News) – Morocco’s state-owned OCP Group, one of the world’s largest producers of phosphate fertilizers, has partnered with agtech companies and Brazilian growers for their first low-carbon farming and certification project. The project in the state of Mato Grosso will cover cotton, soybeans and corn, three common Brazilian crops for which vast swaths of the Amazon rainforest have been cleared.

The partners are the farmers’ cooperative Bioline, part of the French agricultural cooperative Invivo, Brazilian agtech company Agrorobótica, and Brazilian seed company Sementes Tropical, and the Mato Grosso farmer selected to work with this project is an early adopter of new low-carbon technologies.

Mato Grosso state produces much of Brazil’s livestock and grains. But the Inter-American Development Bank (IADB) is only one of those warning that farmers in many parts of Brazil are burning down forests to clear the way for cattle ranching and monocultures of crops – causing climate change, depleting natural resources, and threatening Brazil’s extraordinary biodiversity.

In a 2020 blog post , the IABD’s Barbara Brakarz wrote that while Brazil still has 13 percent of the world’s forested area, harboring over 100,000 animal species and 40,000 species of plants, in the past four years, the country has seen a huge increase in deforestation due to land use change and agriculture.

For a decade, until 2012, Brazil had managed to slash its deforestation rate by 83 percent, a success achieved in part due to government enforcement actions and public policies, such as deforestation satellite monitoring programs by INPE, Brazil’s National Space Research Agency, and the country’s Low Carbon Agriculture Plan (Plano ABC).

In 2019, the year the President Jair Bolsonaro took office, deforestation in the Amazon rainforest increased by 85 percent, to its highest rate in more than a decade, writes Brakarz.

The Amazon rainforest suffered during extreme-right Bolsonaro’s term of office, which was marred by forest fires, land clearing, invasion of Indigenous territories, the weakening of protective agencies, and  government ministers who condoned illegal resource extraction and condemned the conservationists trying to save the unique rainforest.

Yet, says the IADB, the Amazon still holds over half of the planet’s remaining rainforests, containing 90-140 billion metric tons of carbon, while the Atlantic Forest hosts 20,000 species of plants, and 52 percent of its tree species are endemic – found nowhere else on Earth.

But agribusiness is the country’s strongest economic sector, making up a quarter of GDP; soybeans and beef are among its main exports, and last year Brazil had its highest emissions in 19 years, as deforestation and wildfires have created a carbon source from the previous forested carbon sink that was known as the lungs of the Earth.

Now, with Bolsonaro voted out and his last-minute bid to overturn the election results denied in court on November 23, the center-left former president who defeated him, Luiz Inácio Lula da Silva, known as Lula, used his first speech after his narrow victory to declare his intentions toward the Amazon rainforest.

At COP27 in Egypt last week, Lula declared, “Brazil is once again ready to join efforts to build a healthier planet.”

“There is no climate security for the world without a protected Amazon,” Lula said. “Brazil and the planet need a living Amazon,” he told thousands of COP27 delegates. “A standing tree is worth more than tons of wood illegally harvested by those who think only of easy profit. A river of clear water is worth more than gold extracted at the expense of mercury that kills fauna and risks human life.”

The low-carbon farming project stems from the partners’ shared belief that soil health management is essential to improving the environment, achieving food security and in working towards the goal of global net zero greenhouse gas emissions.

The partners say this project is the start of a broader collaboration between Bioline, which specializes in macro-organisms that eat insect pests in fruit, vegetable and flower crops; the artificial intelligence experts at Agrorobótica, and OCP Group, the Moroccan state-owned phosphate rock miner, phosphoric acid manufacturer and fertilizer producer based in Casablanca.

“This at-scale project will create a new revenue for our farmers by rewarding them for their efforts in contributing to the global climate action. The project is a concrete way to unlock the potential of agriculture as a natural carbon sink that will help achieving the Paris Agreement objectives,” she said.

“For me, sustainability is a way of living, a way of thinking. It’s being conscious and absolutely in harmony with the communities around you, with the planet,” Mourchid told EuroNews earlier this year after she accepted a sustainability award from the World Business Council for Sustainable Development.

But OCP makes fertilizer out of phosphate mined in Morocco and produced with a process that is water and energy intensive and uses ammonia. Can it ever be truly sustainable?

Mourchid said, “We consider our mission a planetary mission and a humanitarian mission, working for food security, etcetera. We’ve invested a lot to make sustainability a core component of our strategy. We also work on providing sustainable road maps for water consumption, for energy, for resource consumption.”

The 4R approach being used for this project is a nutrient management program promoted by the International Fertilizer Association. It requires growers’ attention to four major fertilization factors – the 4Rs: right rate, right source, right placement, and right timing. Attending to these factors will provide adequate nutrition for crop production while minimizing the risk of loss of nutrients to the environment.

Laurent Martel, CEO of Bioline by InVivo, says this approach to low-carbon farming can save the Amazon. “Agriculture can regenerate the natural capital, agriculture is a solution to the climate crisis, and farmers must be paid for their regenerating actions.” 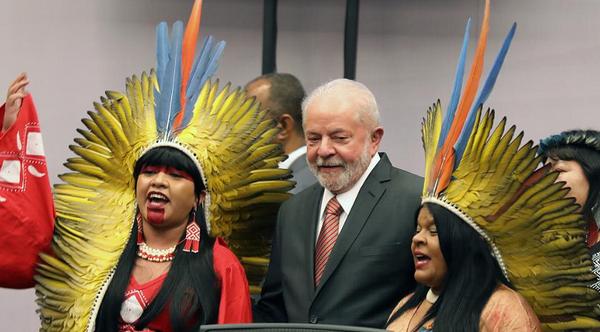 “Carbon farming is a nascent model that needs to be tested on different experimental grounds, alongside other tools to finance the transition, and a global approach makes a lot of sense to identify best approaches,” Martel said.

The partnership will encourage regenerative farming practices to enhance yield and soil quality through personalized digital solutions that are tailored to the area and the crop each farmer grows.

To do this, the project will apply Agrorobótica’s AI-led soil analysis tool – Laser Induced Breakdown Spectroscopy (LIBS) – to measure, report and verify carbon content and sequestration potential. This analytical technique uses a high-focused laser to create a micro plasma on the surface of the soil sample to determine its elemental composition.

Agrorobótica’s equipment does a quick, efficient soil analysis that uses no chemical reagents to harm the environment. The technique is the same used by Curiosity, NASA’s rover now exploring for water on Mars.

LIBS produces insights that enable a farmer to adopt the specific regenerative practices needed for sustainable agriculture in his location. These practices enhance the soil’s capacity to sequester carbon and improve soil health and fertility, reducing carbon emissions, supporting food security and helping to increase returns for farmers.

Agrorobótica’s Chief Technical Officer Aida Magalhães said, “Through the IA AGLIBS Platform, we digitize the management of soil fertility and plant nutrition, for the generation and commercialization of carbon credits in agriculture. The strategic partnership with OCP and Bioline makes it possible to bring our purpose to the farmer, bringing as value creation the increase in agricultural productivity and sustainability, with carbon monetization.”

Carbon credits will be generated by this pilot project to support the costs that arise as the selected farmer changes his practices, and the credits will provide him with a new source of income.

OCP will put the carbon credits that it receives from this partnership towards its own objectives of achieving net zero carbon emissions by 2040.