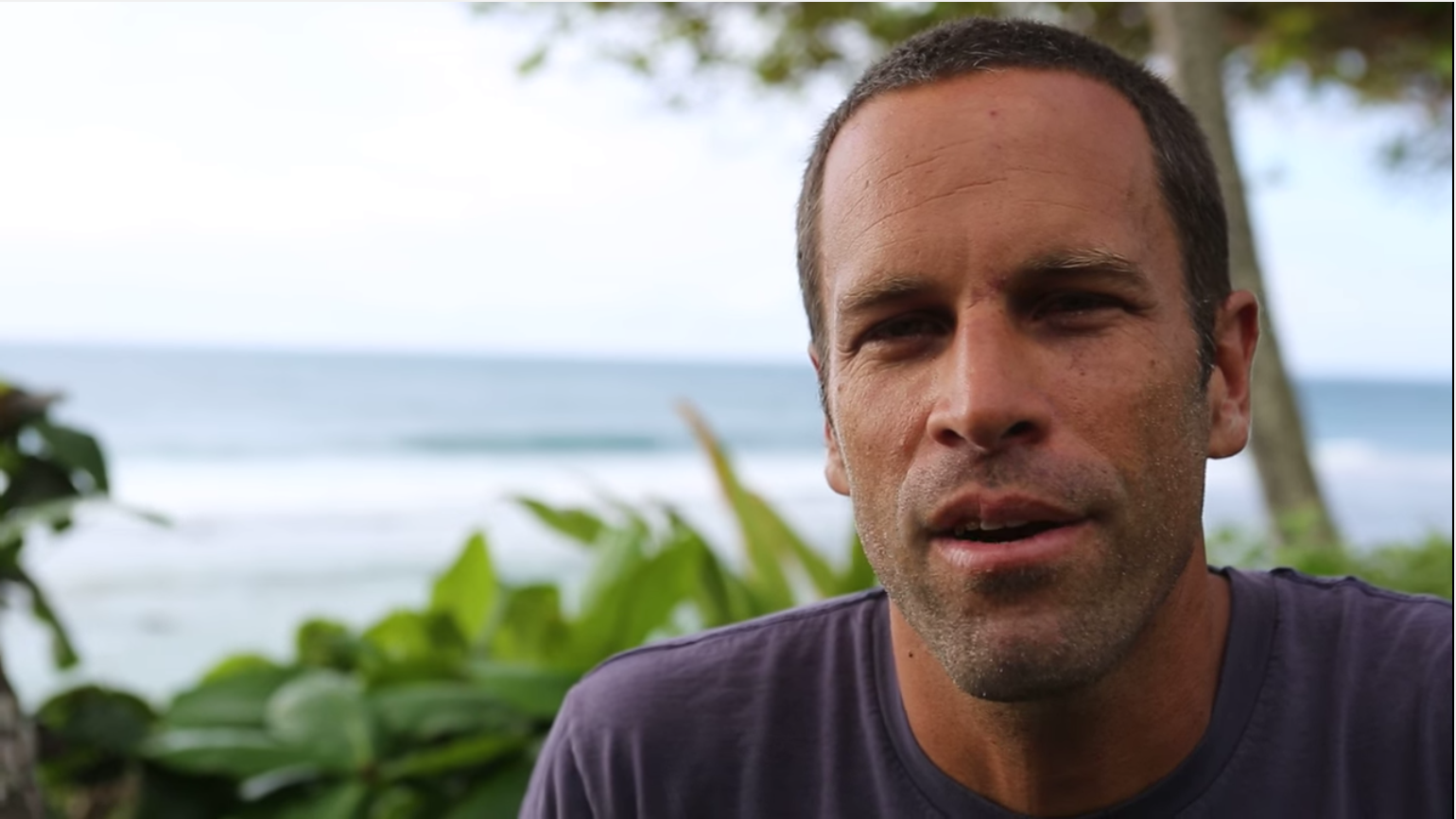 NEW YORK, New York, June 14, 2016 (Maximpact.com News) – Musician Jack Johnson started the Wave for Change conservation social media campaign just in time for World Oceans Day this year. The Hawaii-based performer is asking people around the world to do something for the ocean – cut down on plastics, use more renewable energy and spread the word that the oceans need our help.

Doing a Wave for Change is easy and fun, says Johnson, himself a singer-songwriter, musician, actor, record producer – and a former professional surfer.

Johnson celebrated World Oceans Day in New York on June 8, its annual date, at the United Nations with Secretary-General Ban Ki-moon with whom he made a strong connection two years ago in Samoa.

Back then, Ban came aboard the Polynesian voyaging canoe Hokule’a and offered the gift of a message in a bottle, a handwritten note pledging to take action and protect the world’s oceans.

Along her sailing route since then, the Hokule’a crew has collected 40 pledges from around the world and ceremonially returned the bottle to the secretary-general in honor of World Oceans Day 2016. 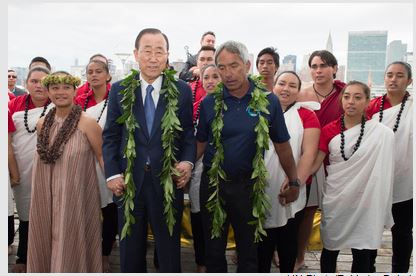 The winners of the Third Annual World Oceans Day Photo Competition were announced at the ceremony. Among the five judges was native Hawaiian navigator Nainoa Thompson, president of the Polynesian Voyaging Society.

“Healthy Oceans, Healthy Planet” is the theme of World Oceans Day this year, and there is no one on Earth who knows the effects of climate change to the oceans better than World Meteorological Organization (WMO) Secretary-General Petteri Taalas of Finland.

“We don’t need to be reminded of the challenges we currently face with a changing climate – the impacts on the ocean are clear: sea level rise, eroding  coastlines, warmer waters and ocean acidification,” said Taalas on World Oceans Day.

“We are currently witnessing unprecedented coral bleaching, which may be endangering some of the world’s best-known coral reefs,” he said, among them the Great Barrier Reef along the east coast of Australia, the world’s longest reef.

The most pristine section of the big reef is experiencing the worst mass bleaching event in history, scientists have found during aerial and in-water surveys.

After surveying more than 500 coral reefs from Cairns, Australia to Papua New Guinea, scientists rank the overwhelming majority of reefs in the most severe bleaching category.

“The powerful El Niño event and long-term global warming joined forces with potentially harmful effect on marine ecosystems. This may impact the livelihoods of millions of people,” said Taalas.

“We now know that although the oceans are seemingly endless, their capacity to withstand human activities is limited, particularly as they also cope with the threats posed by climate change,” said UN Secretary-General Ban Ki-moon in a message.

“Urgent action on a global scale is needed to alleviate the world’s oceans from the many pressures they face, and to protect them from future dangers that may tip them beyond the limits of their carrying capacity,” said the secretary-general.

Long overlooked in international negotiations about climate change, the role of oceans was taken into account for the first time at the 2015 UN climate change conference in Paris and is part of the Paris Climate Agreement, now signed by 175 countries.

Oceans are also specifically recognized in the framework of the 2030 Sustainable Development Agenda adopted by the UN last fall.

“To implement these agreements, multi-stakeholder partnership and collaboration are key,” advised Taalas.

Given the close inter-linkages between the ocean and climate, WMO works closely with the Intergovernmental Oceanographic Commission of UNESCO on ocean and climate observations, ocean and atmospheric research, as well as forecasting and early warning systems for hazards like tsunamis and storm surges.

Taalas warned that there is ocean warming both at surface level and deeper down. He said the ocean is absorbing more than 90 percent of the excess heat from human activities and about 30 percent of the carbon dioxide.

WMO will therefore intensify its drive to improve multi-hazard early warning systems, provide science-based climate services for sustainable coastal planning, and the preservation of coastal ecosystems that act as natural barriers such as corals and mangroves.

“For all of these reasons, WMO and the Intergovernmental Oceanographic Commission of UNESCO need to stand together and continue close collaboration as leaders in the global community on these matters,” he said.

There are 11 young people from throughout the world on this year’s World Oceans Day Youth Advisory Council . One of them is Caitlin Philipps, 16, of Melbourne, Australia, a sailor and school leader.

“The ocean is my starting point,” says Philipps. “I come from a family of sailors and therefore salt water runs through my veins. It is my first home and the place where I feel free.“

“The ocean is the beating heart of the planet. It utterly destroys me that we as humans believe that the Earth is ours to corrupt and bleed dry when we share it with 8.7 million other species of plants and animals.” Philipps said. “The ocean is the most exploited system on the planet and that’s why I am here. It’s my starting point to change the world because as Emma Watson has said, ‘If not me, who? If not now, when?’ So, what better time.“

Featured Image : Exploring the ocean at sunrise on Cape Cod, Massachusetts, July 12, 2014 (Photo by Andrew Dai) Winner in MassAudubon’s 2014 Photo Contest in the 18 and under “People in Nature” Category. Creative commons license via Flickr