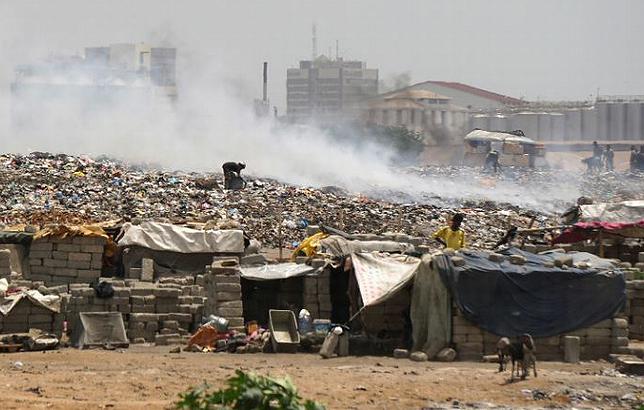 GENEVA, Switzerland, November 7, 2019 (Maximpact.com News) – Since becoming Secretary-General of the International Telecommunication Union (ITU) in 2014, Houlin Zhao has upgraded his mobile phone three times, and, he says, every time, the old mobile was recycled or donated to charity for further use. But this is not the case for all mobile phones around the world, says the leader of ITU, the United Nations’ specialized agency for information and communication technology.

“While technology is a force for good, we must be ready to face the challenges that the rapidly advancing pace of today’s technology brings. This includes the growing global issue of e-waste,” says Zhao, an information and communication technology (ICT) engineer who took the top job at ITU after eight years as deputy secretary-general.

Some 50 million metric tonnes of e-waste are produced worldwide every year, but only 20 percent of this e-waste is recycled. The rest ends up in landfills, burned or illegally traded, or languishes forgotten in homes around the world.

E-waste includes discarded household or business items that have electronic or circuitry components with a power or battery supply – mobile phones, printers, computers, televisions – even irons and kettles are considered e-waste products. 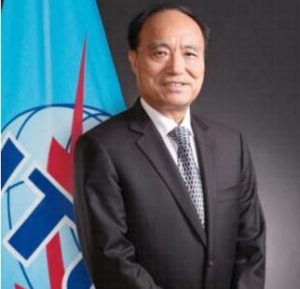 In an October editorial for ITU News, Zhao cites a recent study which estimates that there are 40 million electronic devices sitting unused in homes across the UK alone.

E-waste contains substances such as mercury, cadium and lead, brominated flame retardants, beryllium and bisphenol-A (BPA) that can be hazardous to human health and the environment if they are not dealt with properly.

But e-waste also presents opportunities – both financial and environmental.

If treated properly through recycling chains and appropriate disposal methods, e-waste could be worth US$62.5 billion per year, and create millions of new “clean and green” jobs, Zhao predicts.

Kenya has decided to focus on that goal. The East African country will ban imports of used electronics starting in 2020.

PD Online, a news outlet based in the Kenyan capital of Nairobi, reported Kenya’s director of environmental education in the Ministry of Environment and Forestry announced the ban on the sidelines of International E-Waste Day event October 14 in Nairobi.

The ban will affect electronic gadgets, old computers and laptops by donors and other multinational companies to schools and other institutions in the country.

Ayub Macharia, director of environmental education in the Ministry Environment voiced his view that Kenya has been a victim of illegal movement of e-waste from developed countries, something that is a major global challenge.

Electronic waste from a number of EU countries is being dumped in the developing world, according to a study by the Seattle-based environmental group, Basel Action Network (BAN). It is illegal to export e-waste from the European Union to developing countries under the Basel Convention, an international treaty to reduce the movement of hazardous waste across the world.

The report identified the UK as the worst violator, with Italy, Germany, Spain, Poland and Ireland also found to have allowed shipments to developing countries.

BAN estimates that the flow of illegal e-waste may be over 350,000 tonnes annually, enough to fill 17,500 large shipping containers.

These illegal shipments are contrary to the EU’s circular economy objectives, according to Jim Puckett, the director of BAN.

“There is far too much bemoaning illegal exports, while at the very same time the EU is hypocritically working to make such dangerous exports legal,” said Puckett. “The answer to criminal activity is not legalising that activity but rather improving enforcement to ensure the future health of Europe is not dependent on poisoning the rest of the world.”

BAN estimates that 50 million tonnes of electronic waste – e-waste – was generated globally in 2018, half of it personal electronic devices.

Research by Greenpeace estimates that more than seven billion smartphones have been produced since 2007, with the average device used for just two years.

Only 20 percent of this e-waste is recycled, with the remaining 40 million tonnes placed either in landfill, burned or illegally traded – and this despite 66 percent of the world’s population being covered by e-waste legislation. 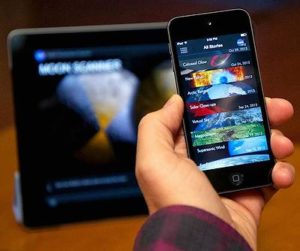 This iPhone 5S was the latest thing in 2013. Now it’s obsolete. How it’s handled at this choice point between discard and recycling will determine the burden it poses to the planet. December 12, 2013 (Photo by NASA Goddard Space Flight Center) Public domain

Communications devices figure prominently in this avalanche of electronic refuse – smartphones, tablets, laptops and Internet of Things devices – added to increasingly by the attachment of ubiquitous sensors to growing numbers of domestic fixtures.

E-waste is now the world’s fastest growing refuse, and with only a small percentage of its reusable material, worth an estimated €55 billion, ever recycled.

Zhao says success in getting control of e-waste will requre working together. Collaboration among academia, small- and medium-sized enterprises, entrepreneurs, civil society and multinational companies can help to create a circular economy for technology so that the environmental and health risks are reduced while creating decent work for millions of people globally.

Strong partnerships are key to achieving this future. ITU is a member of the UN E-waste Coalition, Solve the E-waste Problem (StEP), and a founding member of the Global E-waste Statistics Partnership, which has launched a new open source portal to visualize global e-waste data and statistics, both by region and by country at globalewaste.org.

Zhao suggests that at an industry level, companies can establish responsible supply chain management, including ethical device disposal and educating consumers about the importance of appropriately recycling or disposing of their old electronics.

Legislation at a national level also plays a critical role in addressing the e-waste challenge. Zhao points to Switzerland, which hosts the ITU offices, where electronic retailers are legally required to accept consumer e-waste and send it to appropriate disposal facilities throughout the country.

Zhao says the ITU itself is contributing to e-waste reduction. In 2017, just 20 percent of e-waste was recycled and only 67 countries had developed e-waste legislation. ITU’s flagship Connect 2030 Agenda – agreed to by all Member States – commits to reducing the volume of redundant e-waste by 50 percent.

At the 2018 Plenipotentiary Conference, Member States set a global e-waste target for 2023 to increase global e-waste recycling to 30 percent and committed to raise the number of countries with e-waste legislation to 50 percent.

ITU’s green standards help reduce the amount of e-waste. Zhao cites the ITU’s environmentally friendly standards for power adapters, and the principles the agency has identified for eco-design of laptop chargers to increase their lifetime and reduce disposal.

ITU’s Standardization Bureau, ITU-T, Study Group 5, is actively working on international standards that support the transition to a circular economy. In addition, ITU-T SG5 maintains a global portal on e-waste which contains a wealth of resources related to the sustainable management of e-waste and circular economy.

This year, ITU partnered with WEEE Forum to mark International E-Waste Day to spread the word on the importance of recycling and properly disposing of e-waste.

ITU initiated a project with the Global Environment Facility (GEF) to strengthen national and regional cooperation for the environmentally sound management of e-waste in Latin American. The project involves the development of two case studies based on Argentina and Costa Rica’s experiences in managing e-waste, and organizing national and regional events that support the implementation of e-waste management system.

We must also look at the problem in larger global context of environment and climate change. ITU’s Green Standards Week (GSW) is a global platform where policymakers, city planners, regulators, standards experts and others come together to discuss ICT’s role in supporting the growth and development of smart sustainable cities and unlocking the potential of the circular economy.

At the ninth ITU Green Standards Week, held in Valencia, Spain from October 1 – 4, panelists discussed the ways in which frontier technologies can accelerate circular actions, particularly in cities. A Call to Action was adopted to emphasize the powerful role that digital innovation can play in e-waste reduction and enabling a circular economy to achieve the Sustainable Development Goals.