Sustainability: Megacity Mayors Map a ‘Future That Works for Everyone’ 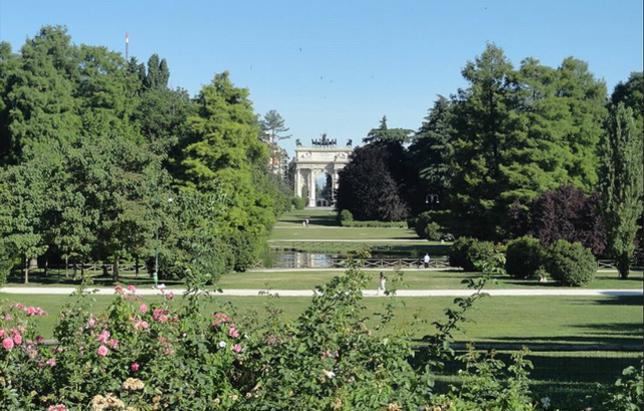 The C40 Cities Mayors are planning to green up public spaces in their cities and encourage people to walk and bike them, with the aim of expanding their cities’ liveability. The Arco della Pace, Arch of Peace, Milan, Italy, hometown of C40 Global Mayors COVID-19 Recovery Task Force chair Milan Mayor Giuseppe Sala. June 25, 2013 (Photo by Veselina Dzhingarova, host of the blog Day Cruises in Milan, Italy)<http://www.traveltipsor.com/day-cruises-in-milan-italy/> Creative Commons license via Flickr

Sustainability: By Sunny Lewis for Maximpact

It’s all detailed in their new plan, the “C40 Mayors Agenda for a Green and Just Recovery from the COVID-19 pandemic” <http://www.c40knowledgehub.org/recoveryagenda>.

The new agenda was released by the C40 Global Mayors COVID-19 Recovery Task Force, established at the direction of C40 Chair and Mayor of Los Angeles, Eric Garcetti, and chaired by Mayor of Milan Giuseppe Sala.

The C40 Cities Climate Leadership Group, Inc. is a non-profit organization based in New York City. Launched in April 2020, the C40 COVID-19 Recovery Task Force is guided by a Statement of Principles <https://www.c40.org/other/covid-task-force>, already endorsed by more than 40 city leaders from around the world. 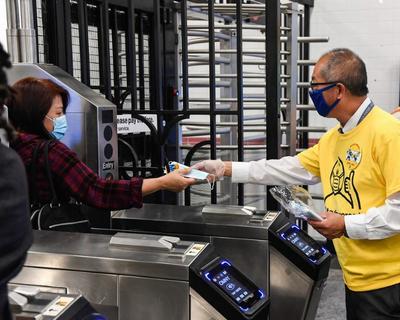 Representing 700+ million citizens and one-quarter of the global economy, mayors of the C40 cities declare that they are committed to delivering on the most ambitious goals of the Paris Agreement on climate at the local level.

The Paris Agreement is a legally binding international treaty on climate change adopted by consensus of 196 state parties in December 2015. Its goal is to limit global warming to well below 2 degrees Celsius, preferably to 1.5 degrees Celsius, compared to pre-industrial levels.

Now, the C40 mayors have collectively identified key actions that are critical to achieving their vision for a “green and just recovery” that achieves the goal of the Paris climate accord and “a future that works for everyone.”

’15-Minute Cities’ Part of the Plan

The mayors plan to create conditions for the health and well-being of their residents by “giving public space back to people and nature, reclaiming our streets and guaranteeing clean air to ensure liveable, local communities.”

This part of the agenda features the creation of  “15 minute cities” where all residents of the city are able to meet most of their needs within a short walk or bike ride from their homes.

The mayors plan to permanently reallocate more road space to walking and cycling, and invest in city-wide walking and cycling networks. This will make it more inviting for residents to leave their cars and trucks parked, sparing the climate the carbon emissions they would have produced on the road.

The mayors are enthusiastic about infrastructure that prioritizes nature-based solutions such as parks, green roofs, green walls, blue infrastructure and permeable pavements, which all help reduce the risks of extreme heat, drought, and flooding as the climate warms. Making room for nature in urban environments improves their liveability and the physical and mental health of their residents.

C40 mayors, alongside a global coalition of businesses, civil society organizations, climate activists and residents, have already begun to build a green and just recovery. Their agenda calls on national and regional governments, central banks and international financial institutions to join them, by:

The C40 mayors believe and say repeatedly, “Governments’ use of COVID stimulus funding is the real test of climate commitments,” and they have established a series of implementation guides to help municipalities spend whatever stimulus funding is available to them to accomplish the actions detailed in the C40 Mayors Agenda for a Green and Just Recovery.

The guides for cities large and small can be found on the C40 Cities Knowledge Hub at Spotlight On: A Green and Just Recovery <https://www.c40knowledgehub.org/s/?language=en_US>.