Moscow’s Garbage: A Problem for All of Russia 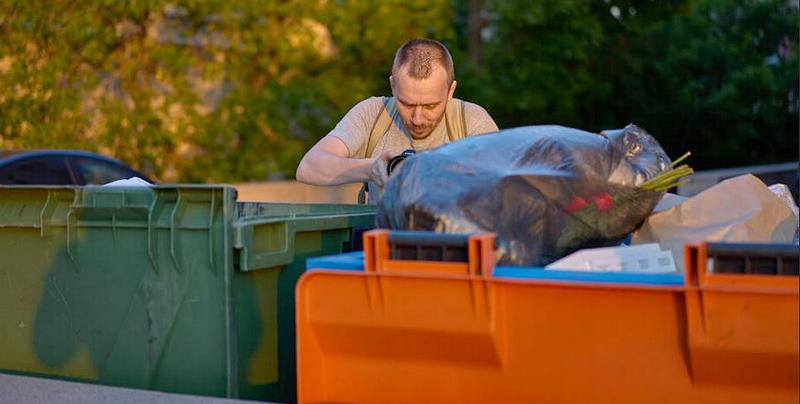 MOSCOW, Russia, January 15, 2019 (Maximpact.com News) – A city of 12.4 million people, Russia’ capital, Moscow, produces eight million tons of waste a year, one-fifth of all the garbage in Russia, with 90 percent of that dumped in landfills.

Last year, thousands of residents living in Moscow’s suburbs took to the streets to protest the condition of local landfills.

On March 21, more than 75 children were hospitalized with respiratory ailments, headaches, nausea, dizziness, rashes, vomiting, nose bleeding and fainting. Doctors said these conditions were most likely caused by air pollution that locals blame on the landfill, which is located near residences in Volokolamsk, on the Gorodenka River 129 kilometers (80 miles) northwest of Moscow.

Locals blamed toxic emissions from the nearby Yadrovo dump, one of 15 across the Moscow region filled beyond capacity with waste from the capital. They poured into the streets in protest.

The regional government denied that the children’s symptoms had anything to do with the fumes from the landfill, but at the end of March, district officials declared a state of emergency because of excessive levels of hydrogen sulfide in the air.

Protests similar to those in Volokolamsk also erupted in other Moscow suburbs: Balashikha, Kolomna, Klin, Tarussa, Tuchkovo, and the districts of Voskresensk and Naro-Fominsk.

The Ministry of Ecology has admitted to reporters that of the Moscow region’s 15 landfills, 13 do not meet the required standards.

Last year, President Vladimir Putin ordered the Kuchino landfill in Balashikha to close after residents there begged him to do so during his annual direct phone in. But that has aggravated the problem; Moscow’s garbage still has to go somewhere.

Whereas the European Union, on average, recovers about 40 percent of its waste as reusable materials, and 20 percent as energy, Russia currently recovers only four percent of its municipal solid waste. Instead, 96 percent is disposed of, without sorting.

In a landfill dump, the incoming waste, most of it rotting food, is buried with soil. The waste brews beneath the surface producing biogas, a combination of methane, carbon dioxide, hydrogen sulfide and other components. In the absence of a collection system, the accumulated gas bursts through the soil and escapes in large quantities into the air.

As landfills are pushed beyond capacity, air quality diminishes, and environments become toxic.

Of Russia’s 7,153 authorized landfills, 30 percent do not meet sanitary requirements. Many are already overfull but are still accepting new trash, according to a 2018 policy paper from the School of Russian and Asian Studies.

Environmental violations often include a lack of sanitary protection zones, drainage systems, and purification systems for rainwater, as well as water-resistant screens to prevent run-off and leakage.

Short term environmental impacts include spontaneous combustion resulting from biogas emissions – methane and carbon dioxide – as well as landfill fires and the littering of surrounding lands.

In the long term, risks include decreased biodiversity and soil fertility, as well as the contamination of aquifers by toxic substances contained in leachate, a substance formed when waste degrades and rainwater reacts with the resulting organic and inorganic chemicals, heavy metals, and pathogens.

In landfills without leachate filtering, the liquid directly enters the soil and can penetrate ground water as well as open reservoirs, resulting in poisoned water sources.

Nekrasovka is a future station on the Nekrasovskaya line of the Moscow Metro in the southeastern edge of the city with a planned opening date sometime this year.

Nekrasovka residents took to the streets December 9 because the district is where one of four new so-called “ecoclusters” will be situated. Ecoclusters are Moscow’s green-sounding name for packing facilities where much of the capital’s trash will be compressed into bales.

The bales will then be shipped to so-called “ecotechnoparks,” or storage facilities, across Russia, according to a December 12 report in the English-language “Moscow Times.” Officials have made no announcement about when the new system will start up, but preparations are moving forward briskly. 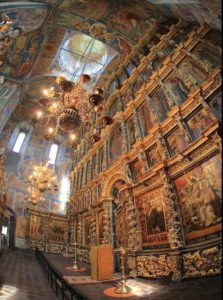 Church of Elijah the Prophet in Yaroslavl, Russia is one of many famous churches and cathedrals in this UNESCO World Heritage Site city. July 10, 2008 (Photo by Pipimaru) Creative Commons license via Wikipedia

In 2015, Moscow’s Department of Environmental Management and Protection conducted a campaign to encourage recycling among residents of the Russian capital.

“Waste sorting and recycling is the only way out since Mayor [Sergei] Sobyanin ordered a halt to construction on new waste burial facilities around Moscow, and the old factories and trash dumps will soon reach their limits,” Anna Khitrova, the department’s press secretary, told reporters at the time.

A Solution That Solves Nothing

So now, the Russian government has come up with a solution that solves nothing, but it does move the garbage around.

Moscow’s waste will go much farther afield than Nekrasovskaya and the other “ecoclusters.”

It’s headed 990 kilometers (615 miles) north to the Arkhangelsk Oblast, in the far north of European Russia.

In mid-October, Arkhangelsk officials announced that what activists there had thought was a new landfill next to the Shiyes train station deep in the forest, 517 kilometers (321 miles) from the city of Arkhangelsk, was actually an ecotechnopark for storage of Moscow’s waste. 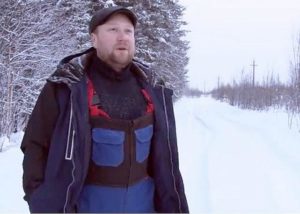 Andrey Chekmaryov shows the Madmas Forest Road outside of the village of Shiyes, Arkhangelsk Oblast, that is being cleared for Moscow’s garbage. (Screengrab from video posted for media use)

“The foresters told us straight away that they had been ordered to clear five hectares of forest for industrial development,” Nikolai Viktorov, a member of the Clean Urdoma public campaign, told reporters.

Urdom is a village of 5,000 residents in the Lensky District of the Arkhangelsk Region, 35 kilometers from the point where the Komi Republic begins. It is a stop on the Northern Railway on the Kotlas-Vorkuta line.

“We then discovered the scale of the project,” said Viktorov, “millions of cubic metres of domestic rubbish were due to be transported here for dumping. The builders were quite open about it, they told us that yes, there would be a landfill site and Moscow’s rubbish would end up here.”

Garbage from Moscow can destroy not only the ecology at Shiyes, but also “the larger nature of Arkhangelsk region,” former resident Alexander Feldt told the “Barents Observer.“

“Ecologists say that the wetlands in Arkhangelsk could be contaminated by pollution from the dumpsite and leak to the river system of Northern Dvina,” Feldt explained.

Arkhangelsk officials have announced that 500,000 tons a year of Moscow’s waste will be sent to the region to be stored for 20 years, a move which drew roughly 25,000 people onto the streets on December 2, protest organizers said. 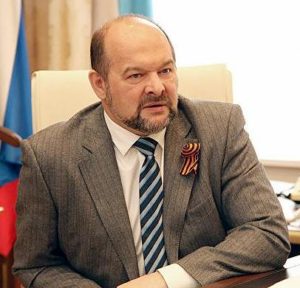 The next day, the region’s governor, Igor Anatolyevich Orlov, said that the protestors did not represent the full population and that the region would continue to do whatever it could to help out Moscow. Then, Governor Orlov denied a request by protest organizers for a referendum on the waste issue.

The villagers of Urdom are protesting against the construction of the huge landfill in the forest 30 km from the village. There have been no public hearings and no permits. But the angry villagers say they are determined to put a stop to this project.

They burn garbage all the time at the largest dump in the region, located just outside the city of Severodvinsk, despite townspeople’s complaints that they are suffocating from the toxic emissions. According to official information reported by “Novaya Gazeta,” the dump site is only at 57 percent capacity and can be used until 2031.

But according to a new waste management plan presented by the Clean City Group’s EcoCentre to Severodvinsk City Hall and the regional government, their city garbage burning dump must be moved. The plan calls for it to be located in the village of Rikasikha near Severodvinsk, a popular place for summer dachas. The boundaries of the landfill would end up just 1.5 kilometers from the homes.

According to Governor Orlov, there will be a total of seven landfills, although three years ago he pledged on  local TV that there would never be a garbage dump in Rikasikha. The governor has changed his mind.

In December, residents were informed at public hearings that the plan for the waste management facility had been approved over their appeals. A dump site the size of 40 football fields will be constructed in Rikasikha; there will be an incineration plant for 250,000 tons of garbage a year; and wastes will be collected not only from Severodvinsk, but also from Arkhangelsk, Novodvinsk and the Primorsky region.

Also last month, the Meduza news outlet reported that officials have identified another site in Arkhangelsk, and in others in Kaluga, Kostroma and Yaroslavl to build additional ecotechnoparks. The farthest from Moscow are the Arkhangelsk sites; the others would surround Moscow with garbage dumps.

The city of Kaluga is the administrative center of the Kaluga Oblast, located on the Oka River 150 kilometers (93 miles) southwest of Moscow.

Kostroma is the administrative center of the Kostroma Oblast, located at the confluence of the Volga and Kostroma Rivers 330 kilometers from Moscow. Kostroma is one of the eight cities of Russia’s Golden Ring, a group of touristic, historic towns northeast of Moscow.

Another Golden Ring city, Yaroslavl, has also been chosen to host Moscow’s garbage. The administrative center of Yaroslavl Oblast, it is located 250 kilometers (160 miles) northeast of Moscow. The historic part of the city, a World Heritage Site, is located at the confluence of the Volga and the Kotorosl Rivers.

No Russian official has yet announced what will eventually happen to the roughly 10 million tons of Moscow’s garbage that will be stored at the Shiyes train station in the 20 years of the program’s operation and the similar amounts to be stored at the other “ecotechnoparks” across the country.

It’s a big problem in need of a cleaner solution.