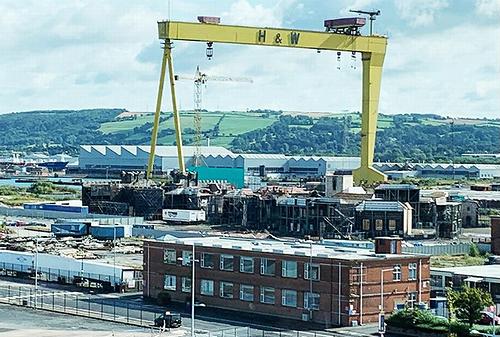 “It’s now time-critical to protect this vital natural resource with ambitious, inspiring and targeted actions that keep it at the very heart of what we all do. There is no alternative than to act now. Time is running out and standing still is not an option – there is no Planet B,” cautioned Small, who also heads the division of Environment, Marine and Fisheries within the Department of Agriculture, Environment and Rural Affairs (DAERA).

Northern Ireland is a very special place, and especially so for Maximpact, because we are at work in the country, helping resettled migrants and refugees from Syria with online English classes to prepare them for employment.

Small said, “In Northern Ireland our beautiful landscape is our most important asset but we can no longer afford to take clear air, good water quality and green and blues spaces for granted.”

He pointed out that the environment is an essential part of Northern Ireland’s economy, supporting many industries, from 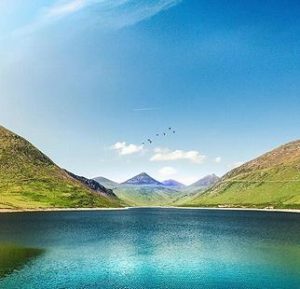 Dr. Sue Christie, OBE, from the NGO Keep Northern Ireland Beautiful said, “We know the problems, and we know they’re serious. We’re drowning in rubbish, killing off species and destroying habitats at an unprecedented rate and facing climate catastrophe in just 10 years. But we also know the solutions – a few major changes can halt all of these problems and pave the way to a truly remarkable future.

“What’s missing is the public will to change and the political drive to assist and support that change. This strategy offers an opportunity to start making these changes, and to make Northern Ireland a global leader in addressing environmental challenges. Have your say,” said Christie, “show that you care.”

This initial public discussion, which opened September 18, is designed to determine how best to enhance and protect our environment.

Small said that big challenges need big ideas, so DAERA, with the help of Keep Northern Ireland Beautiful, young people from both Belfast Hills Partnership and Ulster Wildlife and volunteers from Ligoniel Improvement Association, are launching an extensive public debate on the issue.

1 – Environmental Engagement – how the public, business and industry connect and engage with the environment and DAERA, including education, public awareness and technology.

2 – Environmental Prosperity – the value of the environment in economic terms, both directly and indirectly, extending to topics such as tourism, leisure activities and agri-food.

4 – Environmental Quality – the protection and enhancement of all aspects of our environment including air, water, biodiversity, noise and land – focusing on the benefits of health and well-being, environmental justice, and economic prosperity.

Northern Ireland contains one of the most environmentally important areas in the UK, protected as a UNESCO World Heritage Site. 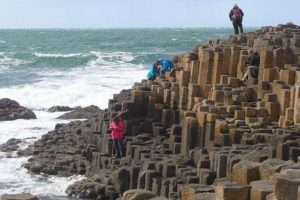 Celebrated in the arts and in science, the Giant’s Causeway and Causeway Coast has been a visitor attraction for at least 300 years and has come to be regarded as a symbol for Northern Ireland. January 2, 2010 (Photo by Nick) Creative Commons license via Flickr

The Giant’s Causeway and Causeway Coast is a spectacular area of global geological importance on the sea coast at the edge of the Antrim plateau in Northern Ireland.

The most characteristic and unique feature of the site is the exposure of some 40,000 large, regularly shaped polygonal columns of basalt in perfect horizontal sections, forming a pavement. This dramatic sight has inspired legends of giants striding over the sea to Scotland.

The site has many layers of statutory and non-statutory protection. In addition to World Heritage status, most of it is a National Nature Reserve and also forms part of the Giant’s Causeway and Dunseverick Area of Special Scientific Interest.

Wild animals in Northern Ireland have their own struggle to adapt and survive in changing conditions.

Some species, such as the red fox, European hedgehog, stoat, otter, pygmy shrew, and badger are common, whereas others, like the Irish hare, red deer, and pine marten are seen only in certain national parks and nature reserves around the island.

Three species native to Ireland will face extinction if foreign species invading the country are not controlled, according to research published in 2012 by scientists at Queen’s University Belfast.

The Irish hare, red squirrel and red deer are all in danger of being wiped out by invasive foreign species, according to the study. 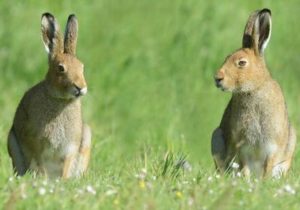 A two-year research project on so-called “invasional meltdown,” by scientists at the Queen’s University Belfast, looked the introduction of two species now thriving in Ireland. It found that since the introduction of the greater white toothed shrew, Ireland’s native pygmy shrew has completely vanished in areas where the foreign species lives.

Similarly, native wood mouse numbers have dropped by half in places where the foreign bank vole is fully established.

“The introduction of alien mammals to Ireland over the last 100 years has had major detrimental effects, threatening our indigenous habitats and species,” said lead researcher on the “invasional meltdown” study, Ian Montgomery. “The American grey squirrel, for example, passes a deadly virus to native red squirrels, whilst European hares threaten the ecological and genetic integrity of the native Irish hare through competition and interbreeding,” he said.

Montgomery urged governments in both the Republic and Northern Ireland to work together to address the overall problem of invasive mammals throughout the island of Ireland.

Gillian McKee, deputy managing director of business in the community, said, “We welcome any move towards creating a strategy for a better environment in Northern Ireland. There is extensive evidence to show a positive link between green spaces and good mental health and we would hope that this would be a key impact to which the strategy would aspire.”

“In addition, we would be strongly encouraging DAERA to consider the impact business has on our environment and the potential for a strategy to set bold targets towards addressing climate change – targets that all sectors in our society can work together to achieve.”

The public discussion is open for 14 weeks and will close on 23 December 2019.

DAERA will publish a summary of the findings before drafting the Environment Strategy for Northern Ireland in early 2020. The Strategy is intended to be high level and will require endorsement from a future Minister and Executive.