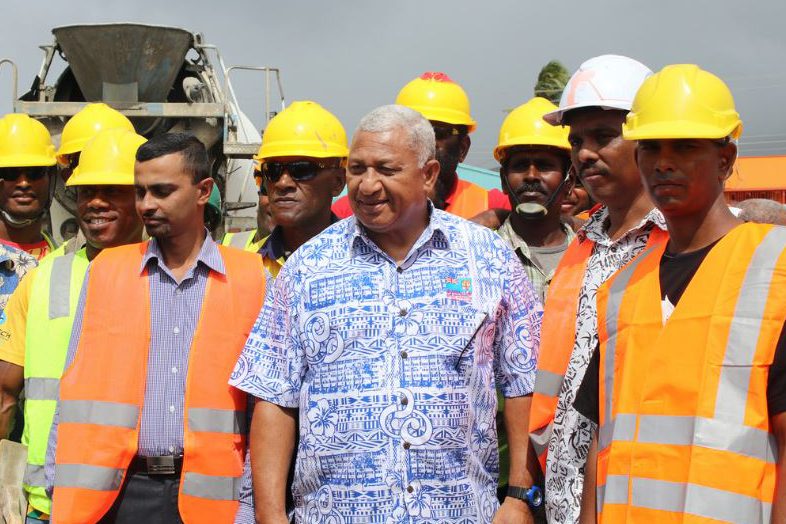 PARIS, France, May 30, 2017 (Maximpact News) – Incorporating climate change preventive actions into regular economic policy will have a positive impact on economic growth over the medium and long term, finds a new report “Investing in Climate, Investing in Growth” from the Organization for Economic Cooperation and Development (OECD).

“Far from being a dampener on growth, integrating climate action into growth policies can have a positive economic impact,” said OECD Secretary-General Angel Gurría, presenting the report to German Chancellor Angela Merkel at the Petersberg Climate Dialogue in Berlin.

“There is no economic excuse for not acting on climate change, and the urgency to act is high,” Gurria said.

Thirty-five ministers from all regions of the world took part in the eighth Petersberg Climate Dialogue on May 22-23 to discuss the practical implementation of the Paris Agreement on Climate and prepare for the UN Climate Conference, COP23, set for November in Bonn under the Presidency of Fiji.

Fijian Prime Minister Frank Bainimarama urged quick and concerted climate action, saying, “Only by the entire world coming together as one to address the impacts of climate change can we effectively tackle this crisis.”

“Climate change affects every person on Earth and especially those in vulnerable countries like Fiji,” he said on May 23. “I am convinced that when we act in the interest of the most vulnerable, we are acting in the interests of us all. Because we are all vulnerable and we all need to act.” 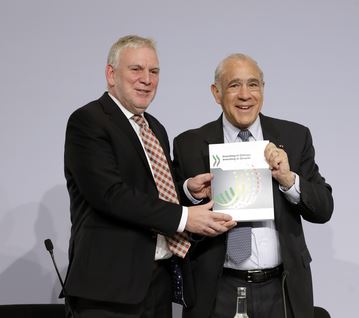 The report, “Investing in Climate, Investing in Growth” shows that bringing the growth and climate agendas together, rather than treating climate as a separate issue, could add one percent to average economic output in G20 countries by 2021 and lift 2050 output by as much as 2.8 percent.

If the economic benefits of avoiding climate change impacts such as coastal flooding or storm damage are factored in, the net increase to 2050 GDP would be nearly five percent, according to the report, written by OECD experts with input from a distinguished international Advisory Council.

Prepared in the context of this year’s German Presidency of the G20, the report says G20 countries, which account for 85 percent of global GDP and 80 percent of CO2 emissions, should adopt a combination of pro-growth and pro-environment policies in developing their overall growth and development strategies.

This means combining climate policies such as carbon pricing with supportive economic policies to drive growth centered on investment in low-emission, climate-resilient infrastructure.

Infrastructure investments made over the next 10-15 years will determine whether the 2015 Paris Agreement’s objective to stabilize the global climate can be achieved.

The report calculates that delaying action until after 2025 would lead to an average output loss for G20 economies of two percent after 10 years as compared with taking action now.

The delay would mean that, eventually, even more stringent climate policies would have to be introduced more urgently, risking greater environmental and economic disruption and leaving more fossil fuel assets as economically unviable, the report warns.

Limiting the global temperature rise to below two degrees Celsius, in line with the Paris Agreement, will require US$6.9 trillion per year in infrastructure investment between now and 2030.

This amount is roughly 10 percent more than the carbon-intensive alternative, the report calculates.

The report points out that infrastructure is at the heart of economic growth, and yet, in most G20 countries there has been chronic underinvestment in infrastructure.

In addition, climate-friendly infrastructure is energy-efficient and would lead to fossil fuel savings totaling US$1.7 trillion annually, more than offsetting the incremental cost.

Even in countries where the transition to a low-carbon economy will be economically challenging, such as in net fossil-fuel exporters, the report states that “the right combination of policies can mean that low-carbon growth offsets the cost in terms of the economy and jobs of putting in place mitigation policies.”

The report recommends that G20 countries:

“Finally,” the report states, “international co-operation remains fundamental to managing climate risks. Countries’ current contributions to emissions reduction beyond 2020 are not consistent with the Paris temperature goal, and need to be scaled up rapidly.”

“Support for action in developing countries will be important, not just for mitigation but also to improve the resilience and adaptive capacity of countries facing the greatest climate challenges.”

“Climate impacts will grow, even if we achieve the Paris temperature goal,” the report warns. “We need flexible and forward-looking decision-making to increase resilience in the face of these risks.”

“Managing the interdependences between climate, food security and biodiversity goals will be critical to achieving the Sustainable Development Goals and long-term robust growth.”