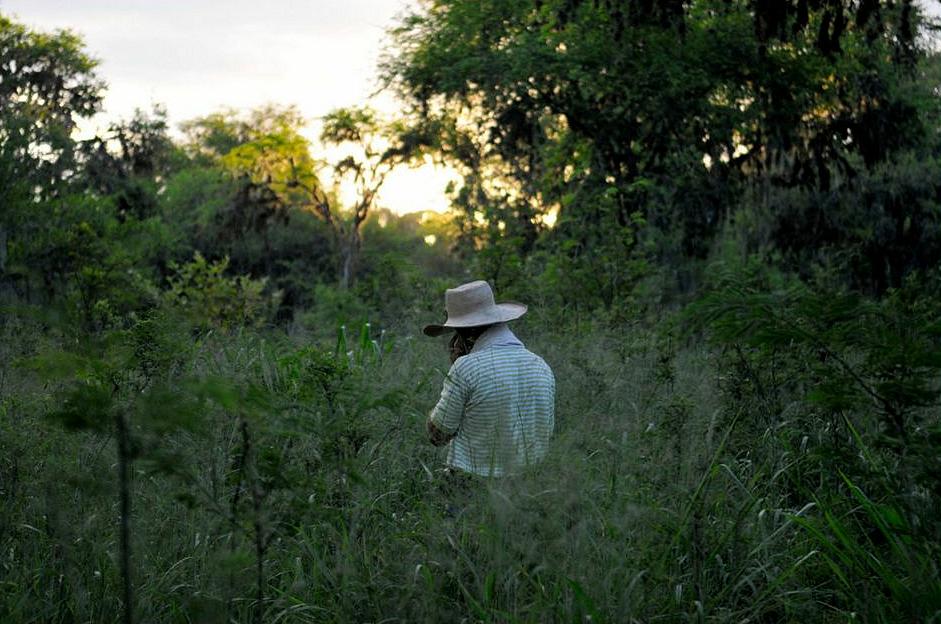 GENEVA, Switzerland, March 29, 2016 (Maximpact.com News) – When forests are cleared, climate warming is accelerated as the trees that were cut can no longer store carbon dioxide (CO2). Support for financial incentives that encourage the conservation of forested lands, known as REDD+, is included in the Paris Climate Agreement that 195 governments reached in December.

Reducing Emissions from Deforestation and Forest Degradation (REDD) is an international effort to create a financial value for the carbon stored in forests through a market in carbon credits.

The UN-backed program encourages results-based payments for developing countries to reduce emissions from forested lands and invest in low-carbon paths to sustainable development.

REDD+ goes beyond deforestation and forest degradation to include the role of conservation, sustainable management of forests and enhancement of forest carbon stocks.

REDD+ was developed by Parties to the UN Framework Convention on Climate Change (UNFCCC) to create an incentive for developing countries to protect, better manage and wisely use their forest resources, conserving biodiversity and assisting the global fight against climate change.

In addition to the environmental benefits, REDD+ offers social and economic benefits and is being integrated into green economy strategies. REDD+ projects have been opened in at least 47 developing countries.

The role of REDD+ in reducing climate change is recognized in the Paris Climate Agreement that 195 governments reached in December. The agreement will be opened for signature at UN Headquarters in New York on Earth Day, April 22, 2016.

The pact will enter into force after 55 countries that account for at least 55 percent of global greenhouse gas emissions have deposited their instruments of ratification.

Article 5.2 of the Paris Agreement is devoted to REDD+, capping a decade of negotiations. It cements REDD+ as a core element of the global climate regime.

The Warsaw Framework for REDD+, agreed in March 2014, outlines key UNFCCC requirements that must be met by developing countries in order to realize results-based payments for REDD+ actions.

“REDD+ can be put in place as an incentive system through which sustainable development can take place without having to cut down the forests,” said Mario Boccucci, who heads the UN-REDD Programme Secretariat.

In an interview with the International Institute for Sustainable Development, he gave examples that include: increasing agricultural productivity; shifting toward agroforestry practices; and finding, financing, investing in and rewarding land-use management practices that do not reduce the forest cover.

Boccucci called the Paris Agreement “a turning point for humanity and for climate change” because “it sends a very strong and powerful signal that a global transformation towards a low-emission economy is not only needed, but it’s possible and it’s underway.”

The agreement brings together in a very powerful way the climate change agenda with the sustainable development agenda, said Boccucci. “It says: You have to do these two things together to reach the level of emissions reductions needed to meet the climate change mitigation target of keeping this planet at a less-than-2°C temperature increase, or as close as possible to 1.5°C.”

The inclusion of REDD+ in the agreement, “really signals that there is both political and financial confidence in REDD+ as a climate change mitigation solution that can work at scale in the near future,” Boccucci declared.

“This signal will energize, catalyze and scale up actions that so far we have seen delivered on a more opportunistic or smaller scale, as the level of investment that will be required will start to flow,” he said.

“Countries are now able to implement forest management policy changes with the confidence that they will be rewarded through a climate change regime that recognizes the value of emissions reduction produced through the forest system.”

At an official COP21 side event on December 8 in Paris, Helen Clark, UNDP administrator and UN Development Group chair said, “The UN-REDD Programme can make a strong contribution to strengthening delivery of REDD+ support post-2015.”

“The new UN-REDD Strategic Framework for 2016-2020  will be important in this regard,” said Clark. “It prioritizes national-level actions, helping governments to craft and implement policies and measures for REDD+, supported by multi-stakeholder dialogues and partnerships to address key drivers of deforestation.”

One example is a REDD+ project that has been operating since 2014.

The Lower Zambezi REDD+ Project is reducing emissions from deforestation and degradation on 38,781 hectares of privately-owned land in Zambia’s Rufunsa District.

Known as the Rufunsa Conservancy, this is one of the last intact areas of forest within Lusaka Province. It provides a 60-kilometer buffer to Lower Zambezi National Park, a strategic protected area in Zambia in a globally significant trans-frontier conservation area.

Lower Zambezi National Park is adjacent to Mana Pools National Park in Zimbabwe, a UNESCO World Heritage Site. Some 8,300 people live in 28 villages in the project area. The project proponent is BioCarbon Partners.

Carbon credits are authenticated by the Verified Carbon Standard Project Database, a global benchmark for carbon.

Every Verified Carbon Unit in the program can be tracked from issuance to retirement in the database, allowing buyers to ensure every credit is real, additional, permanent, independently verified, uniquely numbered and fully traceable online. 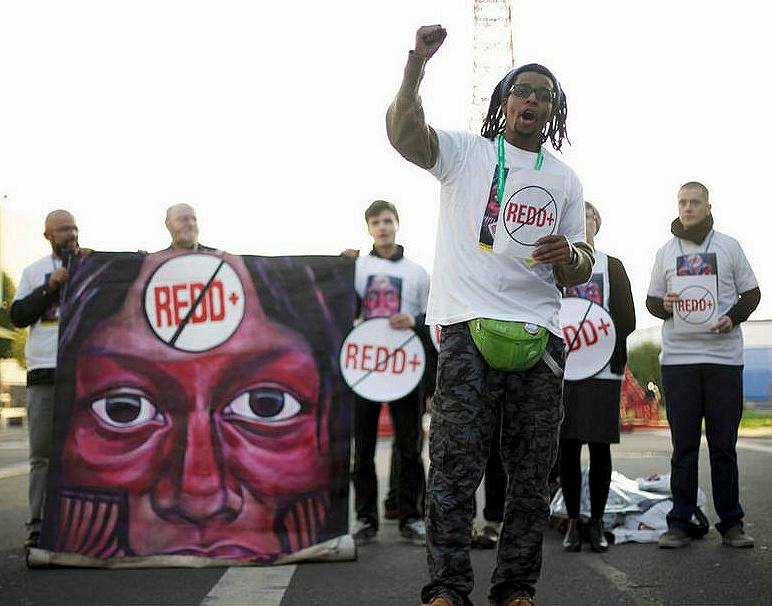 But critics say financing reduction of deforestation through the trade of carbon credits is unworkable.

While the Paris agreement permits such trading in principle, it requires that the sale of carbon credits needthe consent of the country in which a project is located, dampening the enthusiasm of the private sector for this international trade mechanism, writes Jutta Kill in “German Climate Finance” of February 23.

“Even after almost ten years of ‘REDD+ Readiness,’ there is no evidence that REDD+ is an effective instrument against large-scale forest destruction,” writes Kill.

Problems in the implementation of REDD+ are increasingly apparent, according to the case book “REDD+ on the Ground” by the Center for International Forestry Research, which states, “Following the Bali COP in 2007, international funding for REDD+ quickly ramped up, with large pledges from governments and the development of voluntary markets. Since 2010, however, the flow of funds has been smaller…”

Also critical is the World Rainforest Movement, an international NGO and Indigenous Peoples’ Groups network. In 2014, this group published “REDD: A Collection of Conflicts, Contradictions and Lies,” an account of 24 controversial REDD+ initiatives.

“As offset projects, they all fail to address the climate crisis because by definition, offset projects do not reduce overall emissions: emission reductions claimed in one place justify extra emissions elsewhere,” claims the World Rainforest Movement.

Winnie Overbeek, international coordinator of the World Rainforest Movement, said in an August 2015 interview  “REDD is not only a false solution to climate change, REDD also represents a severe threat for communities that depend on forests. This is what we have learned from communities affected by REDD+ projects that we could visit and/or whom we have talked with over the years.”

Even so, UN officials still see the REDD+ mechanism as a sharp tool in the fight against climate change.

Achim Steiner, executive director of the UN Environment Programme, said, “REDD+ and the significant investments we are seeing can act as a catalyst for a green economy transformation. This is more true as we increasingly engage the private sector in our efforts. Like a rising tide that lifts all ships, investments into REDD+ readiness and implementation can also trigger broader policy changes.”

Boccucci said, “The Paris Agreement demonstrates an unprecedented level of ambition and commitment by global leaders to address climate change issues. The UN-REDD Programme stands ready and prepared in this post-Paris ‘era of implementation’ to continue to support developing countries to realize their reduction of emissions from deforestation and forest degradation goals and harness the long-term social, environmental and economic benefits of REDD+.”

image 01: Friends of the Earth International, Alliance against REDD, Indigenous Environmental Network, Grassroots Global Justice, No REDD+ in Africa Network and Global protest in solidarity with the communities threatened by REDD+, December 8, 2015 at the COP21 climate conference, Le Bourget, Paris, France. (Photo by Friends of the Earth International) Creative Commons license via Flickr