Permafrost Not So Permanent Any More 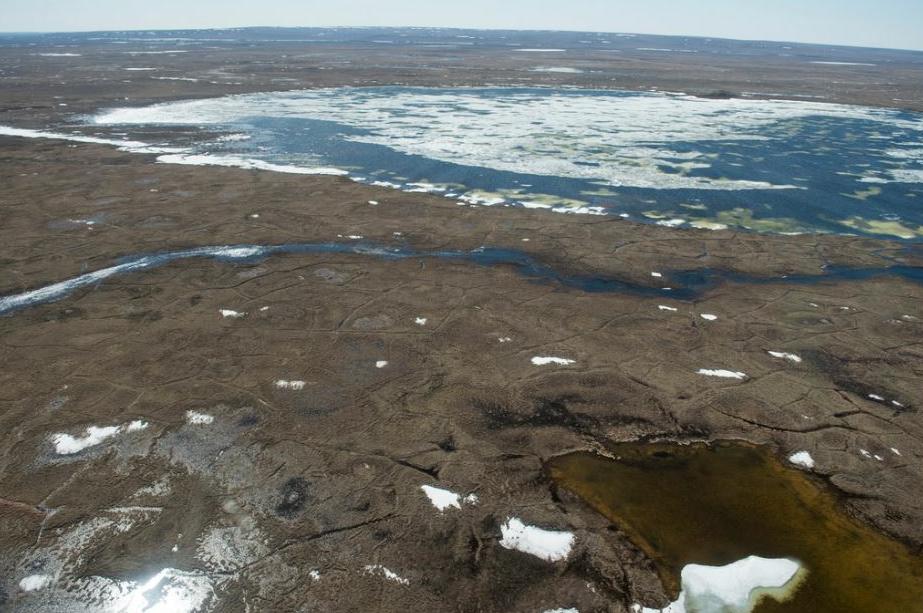 Scientists estimate that there is more carbon contained in the frozen permafrost than now exists in the atmosphere.

The extent of permafrost regions makes them a global issue. A quarter of the landmass in the Northern Hemisphere consists of permafrost soils, which have been frozen solid for thousands of years. A third of the world’s coastlines are permafrost and span Canada, Greenland, Norway and Siberia and the U.S. state of Alaska.

Permafrost, which covers 15 million square kilometers of the land surface, is extremely sensitive to climate warming. Researchers warn that loss of permafrost would radically change high-latitude hydrology and biogeochemical cycling.

How much warming is unclear, because many of the processes associated with permafrost thaw are not yet understood. But in the past year or two, more and more scientists are pursuing this knowledge.

An international research study, written by climate change experts from Norway’s University of Oslo, Sweden’s Stockholm University, and the UK’s National Meteorological Service, the University of Leeds and University of Exeter, reveals that permafrost is more sensitive to the effects of global warming than previously thought.

The study, published last April in the journal “Nature Climate Change,” indicates that nearly four million square kilometers of frozen soil – an area larger than India – could be lost for every additional degree of global warming experienced.

Permafrost is frozen soil that has been at a temperature of below 0ºC for at least two years. Large quantities of carbon are stored in organic matter trapped in the icy permafrost soils. When permafrost thaws, the organic matter starts to decompose, releasing greenhouse gases such as carbon dioxide and methane which increase global temperatures.

Thawing permafrost has potentially damaging consequences, not just for greenhouse gas emissions, but also the stability of buildings located in high-latitude cities.

Roughly 35 million people live in the permafrost zone, with three cities built on continuous permafrost along with many smaller communities. A widespread thaw could cause the ground to become unstable, putting roads and buildings at risk of collapse.

Recent studies have shown that the Arctic is warming at around twice the rate as the rest of the world, with permafrost already starting to thaw across large areas.

The researchers, from Sweden and Norway as well as the UK, suggest that the huge permafrost losses could be averted if ambitious global climate targets are met.

Lead-author Dr. Sarah Chadburn of the University of Leeds said, “A lower stabilization target of 1.5ºC would save approximately two million square kilometres of permafrost.

Achieving the ambitious Paris Agreement climate targets could limit permafrost loss. For the first time we have calculated how much could be saved.”

In the study, researchers used a novel combination of global climate models and observed data to deliver a robust estimate of the global loss of permafrost under climate change.

The team looked at the way that permafrost changes across the landscape, and how this is related to the air temperature.

They then considered possible increases in air temperature in the future, and converted these to a permafrost distribution map using their observation-based relationship. This allowed them to calculate the amount of permafrost that would be lost under proposed climate stabilisation targets.

As co-author Professor Peter Cox of the University of Exeter explained, “We found that the current pattern of permafrost reveals the sensitivity of permafrost to global warming.”

The study suggests that permafrost is more susceptible to global warming that previously thought, as stabilizing the climate at 2ºC above pre-industrial levels would lead to thawing of more than 40 percent of today’s permafrost areas.

In October, American researchers sounded their own permafrost alarm.

In a research study published in the journal “Nature Communications” and supported by the U.S. National Science Foundation and the Department of Energy, scientists found that both sunlight and the right community of microbes are keys to the conversion of permafrost carbon to the greenhouse gas carbon dioxide (CO2).

Researchers from the University of Michigan and Oregon State University say the stakes are high because there is more carbon stored in the frozen permafrost than in the atmosphere. This carbon has accumulated over millions of years by plants growing and dying, with a very slow decaying process because of the freezing weather.

“We’ve long known that microbes convert the carbon into CO2, but previous attempts to replicate the Arctic system in laboratory settings have failed,” said Byron Crump, an Oregon State University (OSU) biogeochemist and co-author on the study. “As it turns out, that is because the laboratory experiments did not include a very important element – sunlight.”

“When the permafrost melts and stored carbon is released into streams and lakes in the Arctic, it gets exposed to sunlight, which enhances decay by some microbial communities, and destroys the activity for other communities,” Crump explained.

“Different microbes react differently, but there are hundreds, even thousands of different microbes out there, and it turns out that the microbes in soils are well-equipped to eat sunlight-exposed permafrost carbon,” he said.

As the climate continues to warm, there will be consequenses for the Arctic, says Crump, who is a faculty member in OSU’s College of Earth, Ocean, and Atmospheric Sciences.

“The long-term forecast for the Arctic tundra ecosystem is for the warming to lead to shrubs and bigger plants replacing the tundra, which will provide shade from the sunlight,” Crump said. “That is considered a negative feedback. But there also is a positive feedback, in that seasons are projected to expand.”

“Spring will arrive earlier, and fall will be later, and more water and carbon will enter lakes and streams with more rapid degradation of carbon,” said Crump.

“Which feedback will be stronger? No one can say for sure.”

In November, a team of European scientists, coordinated by the Alfred Wegener Institute Helmholtz Centre for Polar and Marine Research, concluded that retreating permafrost coasts threaten the fragile Arctic environment.

Now they are exploring the consequences for the global climate and for the people living in the Arctic.

Working together with residents of the Arctic region, the researchers will co-design strategies for the future that will help them cope with ongoing climate change.

Researchers have known for years that the permafrost is thawing ever more rapidly due to climate change. Yet they still don’t know exactly what consequences this will have for the global climate, or for the people living there.

Experts from 27 research institutions will spend the next five years answering this research question and determining the role of permafrost coastlines in the Earth’s climate system.

The EU project is named Nunataryuk, which translates as “land to sea” in Inuvialuit, a traditional language spoken on the west coast of Canada, will investigate coasts – the interface between land and sea.

Nunataryuk is unique because the scientists collaborate closely with local communities to determine how they can best adapt to thawing permafrost.

“What makes the project stand out is the fact that we’ll study both the global and the local impacts of this thawing, with co-designed projects in local communities,” says Alfred Wegener Institute geoscientist Hugues Lantuit, the project’s coordinator.

“The models view the permafrost as a uniform field, thawing from the top down, but that’s too simple,” Lantuit explains. “For example, on coastlines, permafrost is increasingly crumbling due to the effects of waves. The Arctic coastline is now receding by more than half a meter every year. The models don’t take this into account.”

The thawed soil, together with all of its carbon and nutrients, is now increasingly being transported to the Arctic Ocean by rivers and streams. This factor isn’t reflected in the computer models either, says Lantuit.

The Arctic also has large amounts of permafrost beneath the ocean floor. And scientists have no idea how rapidly these areas will thaw as the climate changes.

In the Nunataryuk project, scientists will for the first time feed a comprehensive map of coastal areas into climate models.

To gauge how much greenhouse gas is being released by coastal areas and the seafloor, airplane and helicopter flights will carry instruments used to measure the carbon dioxide and methane levels in the air.

Lantuit said, “Only then will the climate models be able to better estimate the thawing’s effects on the Earth’s climate.”

One of the Nunataryuk project teams will be tasked with determining the future environmental costs that we can expect to see in the future – in other words, the costs of permafrost thaw to the global economy.”

People living on the coasts of permafrost regions are already at risk: if the ground becomes too soft and fails, they lose their homes. Water pipes can break. Some oil and gas lines have already started to leak, contaminating soils.

The increased load of organic material coming from eroding permafrost soils at the coast is changing the marine habitat.

In the best case, this could increase the amount of nutrients available to marine organisms, especially fish.

On the other hand, it might harm the ecosystem. Contaminants and pathogens that have remained frozen in the soil for millennia could migrate into coastal waters.

“All of these aspects are of course very important to local populations, which is why we’ll work together with them over the next five years to devise new strategies and solutions,” Lantuit explains.

To make that happen, the soils will be precisely surveyed and mapped to identify areas that are thawing only slowly, or are solid and firm, providing locations where new houses can be safely built.

Says Lantuit, “We’re especially happy that the indigenous populations, which have lived in these regions for thousands of years, are also actively involved.”

Two young ecologists from Germany’s University of Münster are studying the serious consequences fires on permafrost can have for vegetation, soils and endangered bird species. Even decades after the last fire, impacts on plant communities are clearly visible.

They presented their results at the Ecology Across Borders conference in Ghent, Belgium in December.

PhD student Ramona Heim from Professor Norbert Hölzel’s working group at the Institute of Landscape Ecology, University of Münster, compared two study sites in northeastern Russia, where the last fires occurred 11 and more than 30 years ago.

At the younger site, soil temperature and permafrost depth were higher and lichen cover was much reduced. Moss, grass and herb species were more abundant compared to control sites nearby.

The change in vegetation structure has important long-term consequences for plant communities, microclimates and animals depending on certain plants or structures. For instance, reindeer need specific lichens in their diet, These are less abundant even decades after a fire.

The surveys were conducted in cooperation with Andrey Yurtaev of the University of Tyumen and nine students from Russia and Germany.

Wieland Heim, another member of Hölzel’s working group, investigated the effects of the ever-increasing fires on breeding birds and plant communities in wetlands at Russia’s Muravioka Park.

While many plant species benefitted from the fires and the resulting niches and nutrients available, the diversity of bird species declined. Birds, such as ground and reed breeders that rely on special microhabitats were among the losers.

“Since fires usually break out in spring during the breeding season and many birds do not produce a second brood, the expanding and more frequent fires can have serious consequences for their reproduction,” reports Wieland Heim. 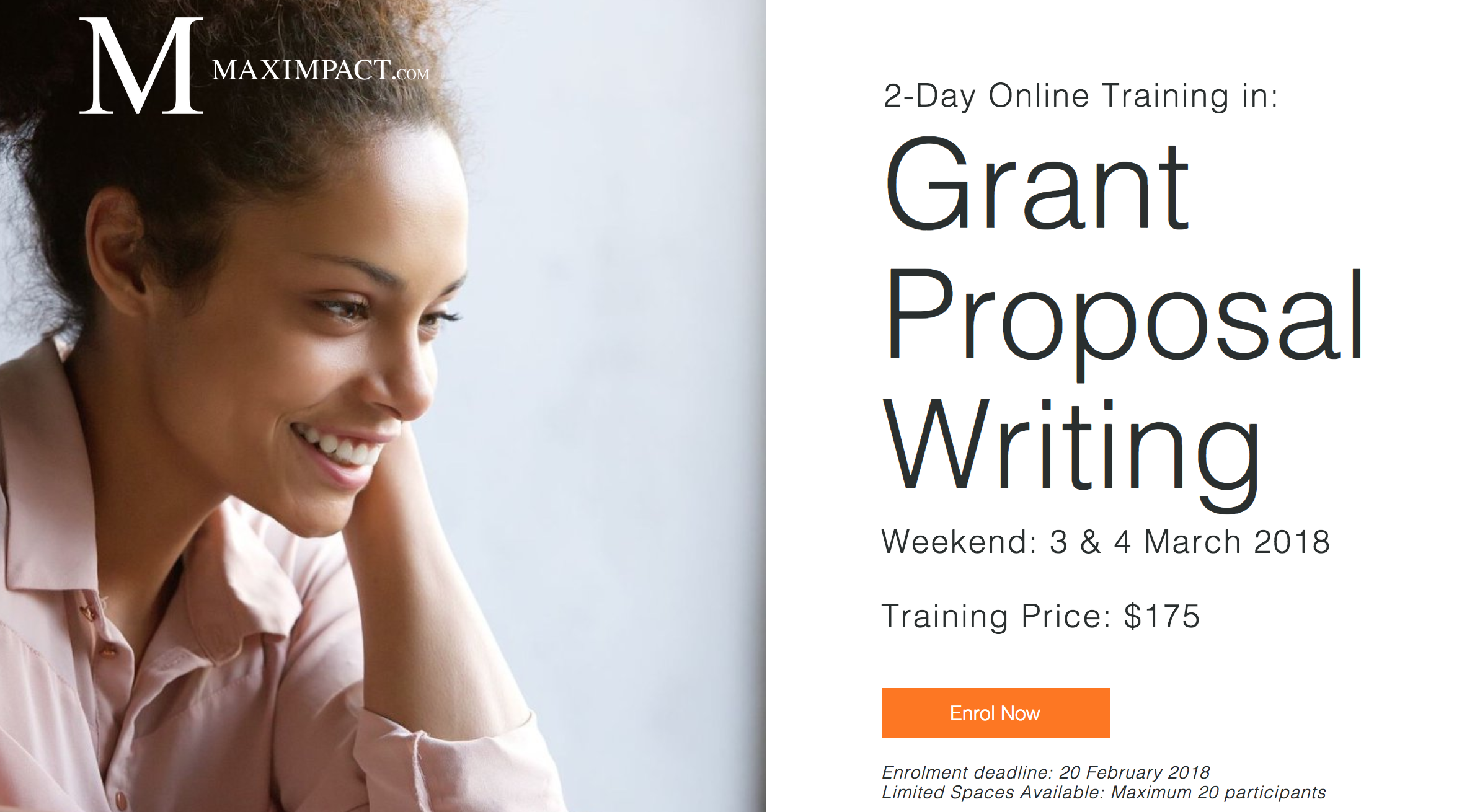