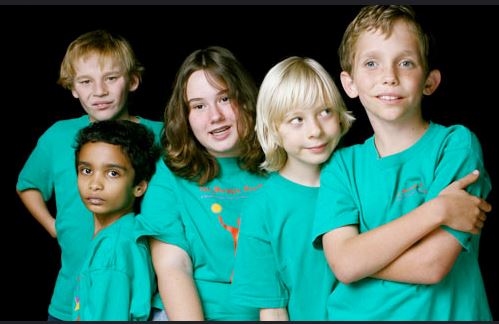 Children exposed to chlorpyrifos may develop autism, according to the petitioning groups. (Photo by hepingting) Creative Commons license via Flickr

WASHINGTON, DC, April 6, 2017 (Maximpact.com News) – The U.S. Environmental Protection Agency has reversed its decision to protect children from developmental disabilities and autism resulting from exposure to a neurotoxic pesticide that was scheduled to be banned in March.

Chlorpyrifos was introduced in 1965 by Dow Chemical Company and is known by many trade names including: Dursban, Lorsban, Bolton Insecticide, Nufos, Cobalt, Hatchet, and Warhawk. It acts on the nervous system of insects by inhibiting acetylcholinesterase.

The problem is that chlorpyrifos also damages the nervous systems of fetuses, infants and children.

Chlorpyrifos is used around the world to control pest insects in agricultural, residential and commercial settings, although its use in residential applications is restricted in many countries, including the United States.

According to Dow, chlorpyrifos is registered for use in nearly 100 countries and is annually applied to an estimated 8.5 million crop acres.

Around the world chlorpyrifos is most heavily applied to cotton, corn, almonds and fruit trees including oranges, bananas and apples.

The pesticide also is applied to more than 30 percent of U.S. apples, asparagus, broccoli, cherries, cauliflower, grapes, onions and walnuts, among other crops.

“By reversing the previous Administration’s steps to ban one of the most widely used pesticides in the world, we are returning to using sound science in decision-making, rather than predetermined results,” said Pruitt, who called the pesticide “crucial to U.S. agriculture.“

EPA has concluded that the science addressing neurodevelopmental effects “remains unresolved and that further evaluation of the science during the remaining time for completion of registration review is warranted to achieve greater certainty as to whether the potential exists for adverse neurodevelopmental effects to occur from current human exposures to chlorpyrifos,” says the Federal Register notice issued today denying the petition.

Pruitt took “final agency action,” which may not be revisited until 2022. Congress has provided that EPA must complete the chlorpyrifos registration review by October 1, 2022.

“This is a welcome decision grounded in evidence and science,” said Sheryl Kunickis, director of the Office of Pest Management Policy at the U.S. Department of Agriculture. “It means that this important pest management tool will remain available to growers, helping to ensure an abundant and affordable food supply for this nation and the world.“

“This frees American farmers from significant trade disruptions that could have been caused by an unnecessary, unilateral revocation of chlorpyrifos tolerances in the United States,” said Kunickis.

But the two petitioning groups are going to court in an attempt to overturn Pruitt’s decision.

NRDC and PANNA, represented in the U.S. Ninth Circuit Court of Appeals by Earthjustice, filed a motion April 5 to enforce a previous court order and require EPA to make a decision on the proposed ban within 30 days.

The groups argue that EPA cannot delay its decision on the ban until 2022 because the agency has not presented any new scientific research that reverses their 2016 findings that the pesticide is dangerous and widespread on U.S. produce.

“EPA is refusing to take this chemical off the market, but it is not rescinding its own scientists’ finding that this pesticide is toxic to children,” said Miriam Rotkin-Ellman, senior scientist at NRDC.

“Parents shouldn’t have to worry that a dangerous chemical might be lurking in the fruits and veggies they feed their kids. The health of our children must come before chemical corporations,” she said.

Scientific studies show that exposure to low levels of the pesticide in early life can lead to increased risk of learning disabilities, including reductions in IQ, developmental delay, and behavioral problems, such as ADHD.

The Pesticide Action Network warns, “When mothers are exposed during pregnancy, their children have lower IQs, developmental delays and increased risk of autism.”

In 2011, EPA estimated that, in the general U.S. population, people consume 0.009 micrograms of chlorpyrifos per kilogram of their body weight per day directly from food residue.

Children are estimated to consume a greater quantity of chlorpyrifos per unit of body weight from food residue, with toddlers consuming the highest amounts.

Chlorpyrifos is not regulated under any international law or treaty.

PANNA and the NRDC state that chlorpyrifos meets the four criteria – persistence, bioaccumulation, long-range transport, and toxicity – in Annex D of the Stockholm Convention on Persistent Organic Pollutants and should be restricted under this treaty.

Chlorpyrifos is used to control many different kinds of pests, including termites, mosquitoes, fire ants and roundworms.

But it has been found to be toxic to bees. Guidelines for Washington State recommend that chlorpyrifos products should not be applied to flowering plants such as fruit trees within four to six days of blossoming to prevent bees from directly contacting the residue.

Risk assessments have primarily considered acute exposure, but more recently researchers have begun to investigate the effects of chronic, low-level exposure through residue in pollen and components of bee hives.

A review of studies in the United States, several European countries, Brazil and India found chlorpyrifos in nearly 15 percent of hive pollen samples and just over 20 percent of honey samples. Because of its high toxicity and prevalence in pollen and honey, bees are considered to have higher risk from chlorpyrifos exposure in their diet than from many other pesticides.

When exposed in the laboratory to chlorpyrifos at levels roughly estimated from measurements in hives, bee larvae experienced 60 percent mortality over six days, which may partly explain why bees are dying out around the world.

Nevertheless, the American Soybean Association, an industry trade group, welcomed the EPA’s denial of the petition to remove chlorpyrifos from the market.

ASA President and Roseville, Illinois soybean farmer Ron Moore said, “The denial of the activist petition on chlorpyrifos came on the heels of statements from academia, farmers and consumers alike, all bearing out the safety of this product when used correctly and in accordance with the manufacturer’s label.“

Dow AgroSciences, of course, supports U.S. EPA’s decision to deny the petition to revoke U.S. food tolerances and cancel the registration of chlorpyrifos.

The company said March 30 that it “remains confident that authorized uses of chlorpyrifos products offer wide margins of protection for human health and safety. This is the right decision for farmers who, in about 100 countries, rely on the effectiveness of chlorpyrifos to protect more than 50 crops. We will continue to cooperate with EPA under the established regulatory process in its scientific review of this vital crop protection solution.“