STOCKHOLM, Sweden, March 17, 2021 (Maximpact.com News) – Designing and introducing children to sustainable school lunches that are climate friendly, nutritious, affordable and culturally appropriate – lunches they enjoy – does that sound impossible? Researchers at Stockholm-based Karolinska Institutet have done it. Their study shows a new lunch menu resulted in a 40 percent reduction in climate impact with no increase in cost or decrease in consumption.

“The results show that we can optimise school meals in a way that makes them nutritious and climate-friendly without increasing cost and while sticking as closely as possible to the usual menu,” said lead author Patricia Eustachio Colombo, doctoral student at the Karolinska Institutet’s Department of Global Public Health.

“This shows that climate-friendly, nutritious meals provide a promising path to fostering sustainable dietary habits in the younger generation, which can play a vital part in our ambitions to improve public health while contributing to the UN’s climate goals,” Colombo said.

Three schools from southern Sweden and Stockholm supplied the raw data for the study in the form of their one-year food purchases.

Using a mathematical model, the researchers developed nutritious school lunches with a 40 percent lower climate impact without unrealistic deviations from the usual food composition and cost.

The new menu did not exclude any foods but the total amount of animal products was reduced while the amount of plant-based foods was increased.

Students up to nine years old evaluated the new menu at three primary schools in the Botkyrka municipality.

To study the acceptability of the new menu among students, the researchers measured the daily volume of food waste and consumption and compared this against usual volumes.

“When we tested the new meals in practice, we found that the pupils neither ate less nor wasted more food when the optimized lunches were served in the school canteen,” said Colombo.

Focus group discussions explored pupils’ and kitchen staff’s experiences with the new menu as well as potential barriers and facilitators to successful implementation of sustainable school meals at scale. 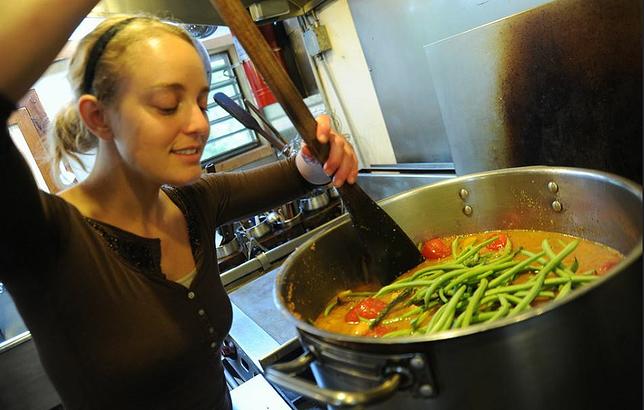 Barriers included pupils’ unfamiliarity with eating plant-based meals and the lack of financial resources, adequate equipment and time for kitchen staff to prepare such meals. Aspects such as increased exposure to plant-based foods, knowledge, motivation, and stakeholder involvement were seen as facilitators to successful implementation.

Eating too much fat and sugar as a child can alter your microbiome for life, even if you later learn to eat healthier, a new study in mice suggests.

The study by scientists at the University of California Riverside (UCR) is one of the first to show a “significant decrease in the total number and diversity of gut bacteria in mature mice fed an unhealthy diet as juveniles.”

“We studied mice, but the effect we observed is equivalent to kids having a Western diet, high in fat and sugar and their gut microbiome still being affected up to six years after puberty,” explained UCR evolutionary physiologist Theodore Garland.

Distinguished Professor of Evolution, Ecology, and Organismal Biology, Dr. Garland and co-authors wrote, “These results constitute one of the first reports of juvenile diet having long-lasting effects on the adult microbiome after a substantial washout period. Moreover, we found interactive effects of diet with early-life exercise exposure, and a dependence of these effects on genetic background.”

A paper describing the study <https://jeb.biologists.org/content/224/4/jeb239699>is published in the February 25 issue of the “Journal of Experimental Biology.”

Shifting to a more plant-based diet is an important step towards reducing human impact on the climate, according to an August 2019 report on land use and climate change prepared by 107 scientists from 52 countries for the United Nations’ Intergovernmental Panel on Climate Change (IPCC), the UN body for assessing the science related to climate change.

It finds that if land is used more effectively than it is for meat production, it can store more of the carbon emitted by humans.

The Working Group report, “Climate Change and Land,”  finds the world is best placed to tackle climate change when there is an overall focus on sustainability.

“Land plays an important role in the climate system,” said Jim Skea, co-chair of IPCC Working Group III, which deals with the mitigation of climate change. 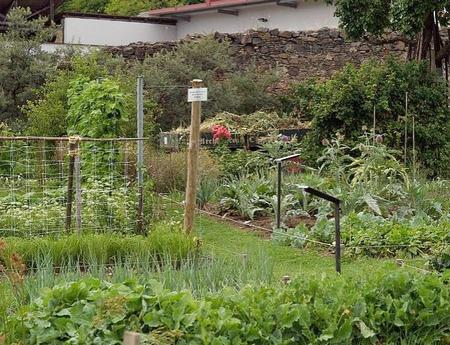 Each year a bunch of heritage varieties of vegetables and fruits are grown in this backyard garden. July 31, 2010, Schiltern, Niederösterreich, Austria (Photo by Brigitte Rieser) Creative Commons license via Flickr

“Agriculture, forestry and other types of land use account for 23 percent of human greenhouse gas emissions. At the same time natural land processes absorb carbon dioxide equivalent to almost a third of carbon dioxide emissions from fossil fuels and industry,” Skea said.

The report shows that climate change is affecting all four pillars of food security: availability – yield and production; access – prices and ability to obtain food; utilization – nutrition and cooking; and stability – disruptions to availability of food.

“Land already in use could feed the world in a changing climate and provide biomass for renewable energy, but early, far-reaching action across several areas is required,” Pörtner said.  “Also for the conservation and restoration of ecosystems and biodiversity.” 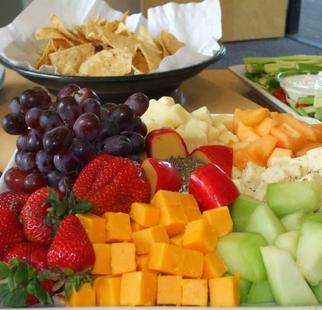 Each year a bunch of heritage varieties of vegetables and fruits are grown in this backyard garden. July 31, 2010, Schiltern, Niederösterreich, Austria (Photo by Brigitte Rieser) Creative Commons license via Flickr

“We will see different effects in different countries, but there will be more drastic impacts on low-income countries in Africa, Asia, Latin America and the Caribbean,” he said.

The report records that about one-third of all food produced globally is lost or wasted. Causes of food loss and waste differ between developed and developing countries, and also between regions. Reducing this loss and waste would reduce greenhouse gas emissions and improve food security.

To read the Summary for Policymakers of the Special Report on Climate Change and Land click <a href=”https://ipcc.ch/report/srccl“>here</a>.

by Sunny Lewis for Maximpact