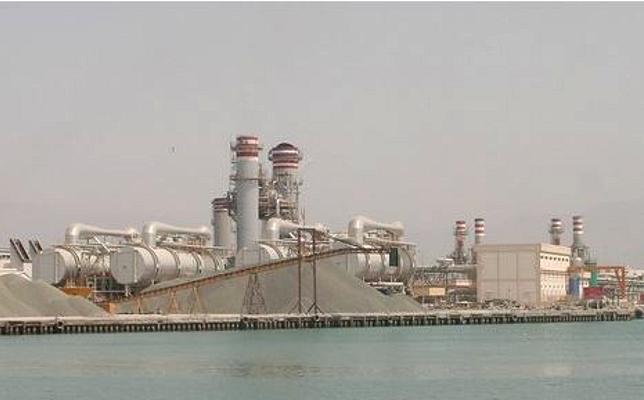 HAMILTON, Ontario, Canada, January 15, 2020 (Maximpact.com News) – The fast-rising number of desalination plants worldwide, with capacity concentrated in the Middle East and North Africa, satisfy a growing thirst for freshwater but create a salty dilemma – how to safely deal with all the chemical-laden leftover brine.

In a newly published United Nations-backed research study, experts estimate the freshwater output capacity of the world’s 15,906 desalination plants in 177 countries at 95 million cubic meters per day – equal to almost half the average flow of water over Niagara Falls.

But there’s a growing problem with this method of water supply. For every liter of freshwater output, desalination plants produce, on average, 1.5 liters of brine.

The study, titled, “The state of desalination and brine production: A global outlook,” finds that all the world’s desalination plants together now discharge 142 million cubic meters of hypersaline brine every day, a 50 percent increase over previous assessments.

That’s 51.8 billion cubic meters of salty brine each year, enough to cover the entire state of Florida to a depth of 30.5 centimeters (one foot).

The authors, from UN University’s Institute for Water, Environment and Health (UNU-INWEH) in Hamilton, Ontario; Wageningen University in The Netherlands; and the Gwangju Institute of Science and Technology in South Korea, analyzed a newly-updated dataset, the most complete ever compiled, to revise the world’s outdated statistics on desalination plants.

Now the authors are warning the world needs improved brine management strategies to meet this fast-growing challenge, noting predictions of a steep rise worldwide in the number of desalination plants, and as a result in the volume of brine produced.

Rising water demands and diminishing water supplies are aggravating water scarcity in most regions of the world. Relying on rainfall and river runoff in water-scarce areas are no longer sufficient to meet human demands, the authors conclude. Unconventional water resources, such as desalinated water, are expected to play a key role in narrowing the water demand-supply gap.

“Around 1.5 to two billion people currently live in areas of physical water scarcity, where water resources are insufficient to meet water demands, at least during part of the year. Around half a billion people experience water scarcity year round,” says Dr. Vladimir Smakhtin, a co-author of the paper and the director of UNU-INWEH

The Institute is actively pursuing research related to a range of unconventional water sources.

“There is an urgent need to make desalination technologies more affordable and extend them to low-income and lower-middle income countries,” says Dr. Smakhtin. At the same time, though, we have to address potentially severe downsides of desalination – the harm of brine and chemical pollution to the marine environment and human health.”

clean water as plants where river water membrane processes dominate, such as in the United States, which produces 11 percent of the world’s desalinated water.

Desalination is an essential technology in the Middle East and for small island nations which typically lack renewable water resources.

Eight countries: the Maldives, Singapore, Qatar, Malta, Antigua and Barbuda, Kuwait, The Bahamas and Bahrain, can meet all of their water needs through desalination.

Six others can meet over 50 percent of their water withdrawals through desalination: Equatorial Guinea, the United Arab Emirates, Seychelles, Cape Verde, Oman and Barbados.

The study finds that brine disposal methods are dictated by geography. They traditionally include direct discharge into oceans, surface water or sewers; deep well injection; and brine evaporation ponds.

About 80 percent of all brine is produced within 10 kilometers (six miles) of a coastline, and desalination plants near the ocean most often discharge untreated waste brine directly back into the marine environment.

The authors warn of major risks to ocean life and marine ecosystems posed by brine greatly raising the salinity of the receiving seawater, and by polluting the oceans with toxic chemicals used as anti-scalants and anti-foulants in the desalination process. Copper and chlorine are of major concern.

“Brine underflows deplete dissolved oxygen in the receiving waters,” says lead author Edward Jones, who worked at UNU-INWEH, and is now at Wageningen University, The Netherlands.

“High salinity and reduced dissolved oxygen levels can have profound impacts on benthic organisms, which can translate into ecological effects observable throughout the food chain,” says Jones.

But in addition to their stern warnings, the authors also point to the economic opportunities floated by all this salty brine.

Brine can be used in aquaculture, to irrigate salt tolerant species, to generate electricity, and by recovering the salt and metals contained in the brine, including magnesium, gypsum, sodium chloride, calcium, potassium, chlorine, bromine and lithium.

With better technology, a large number of metals and salts in desalination plant effluent could be mined. These include sodium, magnesium, calcium, potassium, bromine, boron, strontium, lithium, rubidium and uranium, all used by industry, in products, and in agriculture.

But today, the needed technologies to retrieve these resources are “immature,” the authors say.

“There is a need to translate such research and convert an environmental problem into an economic opportunity,” says author Dr. Manzoor Qadir, assistant director of UNU-INWEH. “This is particularly important in countries producing large volumes of brine with relatively low efficiencies, such as Saudi Arabia, United Arab Emirates, Kuwait and Qatar.”

Dr. Qadir explains, “Using saline drainage water offers potential commercial, social and environmental gains. Reject brine has been used for aquaculture, with increases in fish biomass of 300 percent achieved. It has also been successfully used to cultivate the dietary supplement Spirulina, and to irrigate forage shrubs and crops, although this latter use can cause progressive land salinization.”

Starting from a few, mostly Middle Eastern facilities in the 1960s, today 15,906 operational desalination plants are found in 177 countries. Two-thirds of such plants are in high-income countries.

The process is becoming more affordable, the paper says, attributable to falling costs due to continued improvements in membrane technologies, energy recovery systems, and the coupling of desalination plants with renewable energy sources.

Brine management can represent up to 33 percent of a plant’s cost and ranks among the biggest constraints to more widespread development.

“The good news,” says Dr. Smakhtin, “is that efforts have been made in recent years and, with continuing technology refinement and improving economic affordability, we see a positive and promising outlook.”