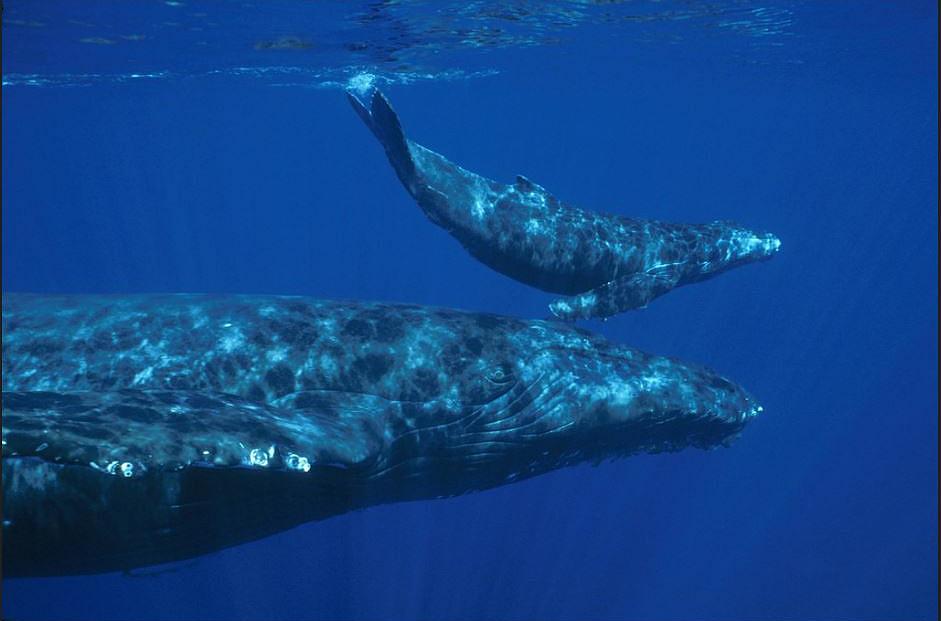 GLOUCESTER, Massachusetts, September 22, 2016 (Maximpact.com News) – Years of campaigning and courtroom battles by U.S. conservationists to limit the underwater noise that turns the oceans into hell for whales and dolphins are beginning to pay off.

On September 13, the U.S. National Oceanic and Atmospheric Administration (NOAA) released its final Ocean Noise Strategy Roadmap, which will guide the agency in better managing the effects of ocean noise on marine life during the next decade.

For many marine animals sound is a primary means of communication, orientation and navigation, finding food, avoiding predators, and mate selection.

While ocean noise can be caused by natural or human sources, it is humans who make the loudest sounds.

“Sustainability and resiliency of marine resources are important to NOAA,” said Eileen Sobeck, assistant NOAA administrator for fisheries. “We knew we had to have a vision for understanding and addressing how growing levels of ocean noise are affecting marine animals and their habitats in complex ways, and the roadmap provides that,” Sobeck said.

The roadmap will serve as a guide across NOAA, reviewing the status of the science on ocean noise and informing next steps.

NOAA is already taking on some of the roadmap’s recommendations, such as the recent launch of an underwater network of acoustic monitoring sensors.

The strategy suggests key roles for continuing partnerships and starting new ones with other federal agencies, industries, academic researchers and environmental advocates.

“NOAA’s ocean noise strategy outlines several approaches that we can take with other federal and non-federal partners to reduce how noise affects the species and places we manage,” said W. Russell Callender, assistant NOAA administrator for its National Ocean Service. “It also showcases the importance that places like national marine sanctuaries have as sentinel sites in building our understanding of ocean noise impacts.”

NOAA received more than 85,000 public comments on the draft roadmap, and says it improved the final version based on this input.

“NOAA has the scientific and technical expertise to assess what’s happening with ocean noise, help identify gaps in knowledge, and use various tools to alleviate or mitigate its effects,” said Richard Merrick, NOAA Fisheries chief scientist.

“Our approach looks for creative and wide-ranging solutions to ensure the agency is effectively understanding and addressing how ocean noise affects the resources placed in our trust in the coming decade,” Merrick said.

The roadmap comes a month after NOAA Fisheries released its final acoustic guidance to better predict how human sounds underwater affect marine mammal hearing. The technical guidance is one example of a targeted action the roadmap recommends.

This summer, conservationists have been winning in the courtrooms, too.

On July 15, a ruling in the Natural Resources Defense Council‘s latest sonar case came down from the Ninth Circuit Court of Appeals, which presides over the western United States. “It was a major victory not only for marine mammals, but for the law that protects them,” wrote Michael Jasny, director of the NRDC’s Marine Mammal Protection Project, Land and Wildlife program.

“The case concerns the Navy’s SURTASS LFA sonar system, a technology whose powerful, low-frequency signals can impact some marine mammal species – disrupting their ability to feed, breed, and communicate – over hundreds of miles,” Jasny wrote.

The case arose in response to a move by the U.S. Navy in 2012. The Navy, which takes the position that the oceans are already too quiet, asked the federal government for permission, under the U.S. Marine Mammal Protection Act, to harm endangered whales and other species across more than 70 percent of the world’s oceans.

The Navy argues that it needs the low frequency sonar because with the “advancement and use of quieting technologies in undersea platforms, threats faced by the U.S. Navy are becoming increasingly difficult to locate using the passive acoustic technologies that were effective during the Cold War.”

“The range at which U.S. anti-submarine (ASW) assets are able to identify submarine threats is decreasing and at the same time improvements in torpedo design are extending the effective weapons range of those same threats,” the Navy explains on its website devoted to SURTASS LFA“

“SURTASS LFA sonar is providing a quantifiable improvement in the Navy’s undersea detection capability and improving the survivability of U.S. forces by extending the amount of time that naval forces have to react to potential threats,” the Navy states.

NRDC, the U.S. Marine Mammal Commission, and other conservationists urged the government to take a precautionary approach, especially in the vast reaches of the ocean where little is known. Yet in the end, wrote Jasny, “the Service gave the Navy a virtual blank check, declining to protect habitat in most regions.“

But the judges of the Ninth Circuit disagreed. They ruled that “systematic under protection of the marine mammals” could not be squared with the law.

This is not the first time a federal court has ruled against the Service on LFA sonar. In 2003 in a case known as NRDC v. Evans, and again in 2008’s NRDC v. Gutierrez, the courts found that the agency’s mitigation measures fell far short of what the law requires.

In September 2015, the U.S. District Court for the District of Hawaii entered an order settling two cases that challenged the U.S. Navy’s training and testing activities off the coasts of Southern California and Hawaii. The order secured long-sought protections for whales, dolphins, and other marine mammals by limiting Navy activities in vital habitat.

The settlement stems from the court’s earlier finding that the Navy’s activities illegally harm more than 60 separate populations of whales, dolphins, seals, and sea lions.

The settlement manages the siting and timing of Navy activities, taking into account areas of vital importance to marine mammals, such as reproductive and feeding areas, migratory corridors, and areas in which small, resident populations are concentrated.

For the first time, the Navy agreed to put habitat for numerous marine mammal populations off-limits to mid-frequency sonar training and testing and the use of explosives.

“If a whale or dolphin can’t hear, it can’t survive,” said David Henkin, an attorney for the public interest environmental law firm Earthjustice, who brought the initial challenge on behalf of Conservation Council for Hawaii, the Animal Welfare Institute, the Center for Biological Diversity, and the Ocean Mammal Institute.

“We challenged the Navy’s plan because it would have unnecessarily harmed whales, dolphins, and endangered marine mammals, with the Navy itself estimating that more than 2,000 animals would be killed or permanently injured,” said Henkin. “By agreeing to this settlement, the Navy acknowledges that it doesn’t need to train in every square inch of the ocean and that it can take reasonable steps to reduce the deadly toll of its activities.“

The settlement will expire late in 2018 and will protect habitat for the most vulnerable marine mammal populations, including blue whales off the coast of Southern California, the world’s largest mammal, endangered after centuries of whaling, and small, resident whale and dolphin populations off Hawaii.

“This settlement proves what we’ve been saying all along,” said Marsha Green, president of Ocean Mammal Institute. “The Navy can meet its training and testing needs and, at the same time, provide significant protections to whales and dolphins by limiting the use of sonar and explosives in vital habitat.“