The Race for Rare Earths 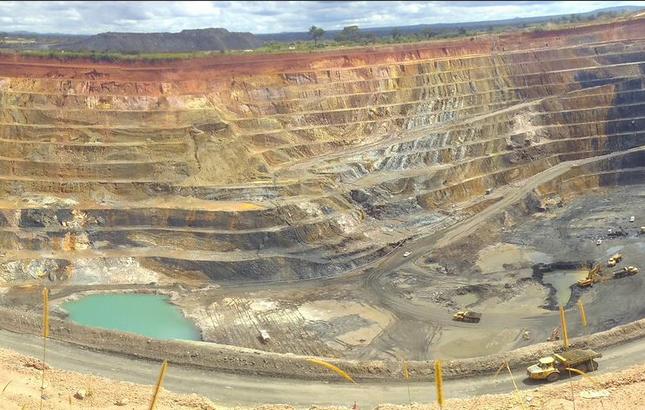 Cobalt is sometimes found along with copper as in this copper mine in the Democratic Republic of the Congo. More than half of the global mined cobalt production comes from the DRC. 2017 (Photo by Fairphone) Creative Commons license via Flickr

BRUSSELS, Belgium, November 19, 2019 (Maximpact.com News) – The European Union is aiming for a reliable supply of rare earth minerals and so is everyone else in Brussels this week for the EU’s fourth annual Raw Materials Week. Adding to the urgency of securing supplies, across the Atlantic the United States and Australia Monday signed their own rare earth mining and supply agreement.

China, although it produces 70 percent of the world’s raw materials, is not involved in Raw Materials Week.

The EU is determined not to be left behind in the race for critical energy minerals. A new pro-mining investment policy, more free trade deals and a “geopolitical” attitude marks the incoming European Commission.

Presenting her commission in September, President-elect Ursula von der Leyen of Germany said, “My Commission will be a geopolitical Commission committed to sustainable policies. And I want the European Union to be the guardian of multilateralism. Because we know that we are stronger by doing together what we cannot do alone.”

Despite such harmonious speech, everyone is jittery about supply risks for critical raw materials, especially those in demand for the transition to a low-carbon society, such as rare earths used in smartphones and jet engines, and the mineral lithium used in electric car batteries.

“The three regions are significant net importers of critical materials, mainly, but not exclusively from China,” Erika Faigen, an expert on global rare earths value chains based in Melbourne, Australia, told the news outlet Euractive.

“The access to these minerals and materials will define who is in a strong position for the low-carbon transition,” she said.

Critical raw materials are economically and strategically important for the European economy, but have a high risk associated with their supply. Used in environmental technologies, consumer electronics, health, steel-making, defense, space exploration, and aviation, these materials are critical for key industry sectors and future applications.

And the EU is competing in a crowded field.

The United States and Australia Monday signed a cooperation agreement setting standards for mining rare earths but essentially aimed at establishing a stable, reliable supply of 14 minerals and the 17 rare earth elements.

U.S. Assistant Secretary of State for Energy Resources Francis Fannon and Australian Ambassador Joe Hockey signed the first agreement of its kind to come out of the new Energy Resources Governance Initiative (ERGI), launched by the U.S. State Department on June 11 and convened with other founding partners at the UN General Assembly on September 26.

The countries joining the United States in forming ERGI are: Argentina, Australia, Botswana, Brazil, Democratic Republic of the Congo,  Namibia, Peru, the Philippines and Zambia.

China mines more rare earth elements than any other nation, by far, and the agreement signed Monday forges a partnership between the second and third largest producers – Australia and the United States.

By signing their agreement, the United States and Australia are recognizing that global demand for energy minerals will increase steeply in the coming years, presenting complex challenges for countries endowed with these minerals.

Under the International Energy Agency’s New Policies Scenario, the number of electric cars on the road will grow from about three million in 2017 to 125 million by 2030. Electric vehicles increase demand for battery storage minerals including lithium and cobalt.

The large role cobalt plays in cathode technology is, in part, why the EU and the USA both class cobalt as a critical raw material. The rechargeable lithium-ion battery is the most commonly used type of battery with cobalt in the cathode and cobalt is also important rechargeable nickel-cadmium batteries.

Adding to the tension, China suggested using rare earth elements as leverage in the ongoing trade war with Washington, causing concern about the potential for interruption of the manufacture of mobile phones, electric vehicles, batteries, and fighter jets.

Efforts by governments around the world to cut harmful emissions from petrol-powered cars is driving demand for electric vehicles and the metals used to make them, such as lithium and cobalt, key ingredients for EV batteries.

These elements are essential for many products but so rare that a business decision by one company can throw an entire supply stream into chaos.

Take neodymium for instance. Tesla’s move to a magnetic motor in its Model 3 Long Range car that uses the rare earth element neodymium adds to the pressure on supplies of neodymium that has for years been under an export ban by the top producer, China.

Praseodymium is used as an alloying agent with magnesium to create high-strength metals used in aircraft engines. It also is used in sunglasses and safety goggles, because it can block ultraviolet light.

The radioactive decay of promethium is used to make a phosphor give off light which is converted into electricity by a solar cell. Promethium also is used as a source of x-rays and radioactivity in measuring instruments.

Dysprosium and erbium each are used to make the control rods in nuclear reactors that absorb excess neutrons and stop fission reactions fromgetting out of control. 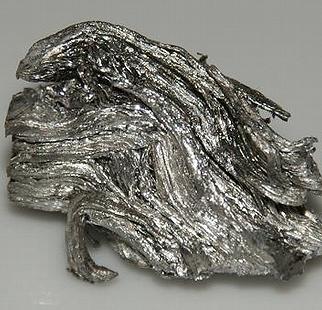 Holmium is one of the rare earth minerals that can absorb neutrons so it is used in nuclear reactors to keep chain reactions under control. Creative commons license via Wikipedia

Europium oxide, one of europium’s compounds, is widely used as a red phosphor in television sets and as an activator for yttrium-based phosphors, also used in making red phosphors for color TV picture tubes.

Gadolinium is used to make gadolinium yttrium garnets which have microwave applications. Gadolinium compounds are used as green phosphors in color TV picture tubes. Because of its magnetic properties, gadolinium is also used in intravenous radiocontrast agents for magnetic resonance imaging (MRI).

Scandium is used in aluminum-scandium alloys for aerospace industry components and for sports equipment such as bicycle frames, fishing rods, golf iron shafts and baseball bats.

Scandium iodide is used in mercury vapor lamps, which replicate sunlight in studios for the film and television industry.

Terbium, a silvery-white, rare earth metal, is used in low-energy lightbulbs and mercury lamps and also in circuit boards.

Thulium is used to create lasers and in microwave equipment.

Lutetium oxide is used to make catalysts for cracking hydrocarbons in the petrochemical industry. Lutetium is used in cancer therapy, and because of its long half-life, is used to date the age of meteorites.

“What we see is an opportunity to provide a government to government engagement,” said Frank Fannon, the top U.S. energy diplomat, said in an interview with Reuters September 26. “U.S. companies require a certain set of above-ground conditions regardless of what’s below ground.”

In a statement Monday, the U.S. State Department said the new agreement with Australia “promotes responsible and sustainable mining practices in the energy mineral sector.”

The agreement “supports resilient supply chains of energy minerals by facilitating trade and industry connectivity, and establishes measures to meet expected demand for clean energy technologies including involvement of financial institutions in mining and processing projects,” the State Department said.

Geoscience Australia and the U.S. Geological Survey also signed a project agreement, paving the way for both nations to work more closely on understanding each country’s geological resource potential for critical minerals, including rare earth elements, and developing a path to supply arrangements.

Australia’s Minister for Resources and Northern Australia Matt Canavan, who attended the signing in Washington, said, “This is a partnership that will deliver opportunity and security to both nations.”

Both the Australia-U.S. agreement and ERGI reflect the increasing global feeling of urgency to develop best practices for sustainable development of the minerals essential for creating new clean energy technologies.