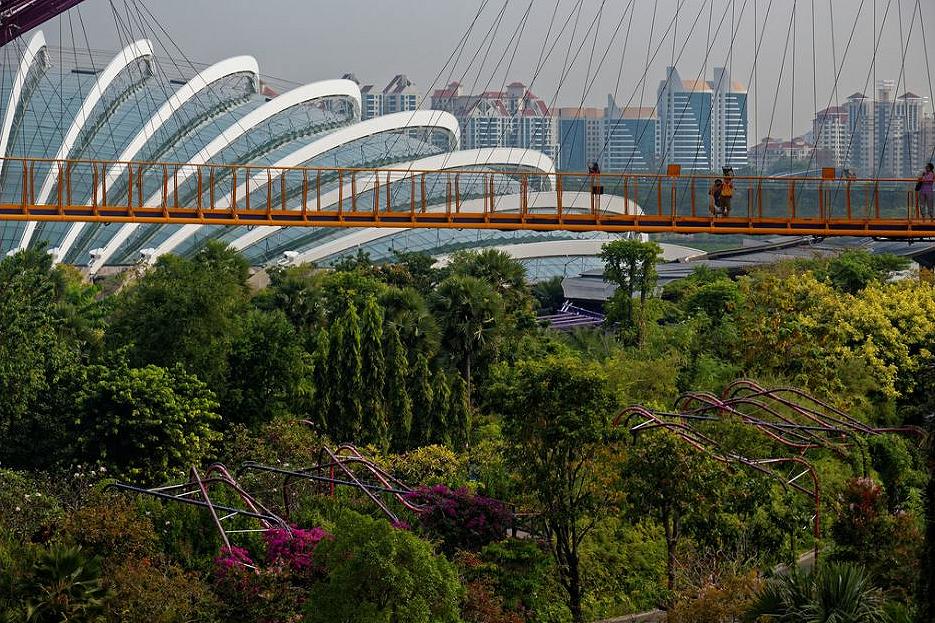 SINGAPORE, August 3, 2016 (Maximpact.com News ) – Mirror, mirror on the wall, whose city is the greenest of them all? The mirror held up by the corporate strategy consulting firm Solidiance reflects the answer in a new report  that compares the performance of 10 global cities and their green buildings.

To rank these cities’ green building performance, Solidiance developed a set of criteria across four categories. Three focused on the total number of green buildings, their performance and their initiatives, while one category examined each city’s supportive infrastructure, which has a lot to do with fostering a healthy green building movement.

After assessing the 10 Global Cities for green building performance, Paris was determined to be the leader, followed by Singapore and London

Sydney, Tokyo and Hong Kong came in the fourth, fifth and sixth positions, while New York, Dubai, Beijing, and Shanghai filled in the other four slots.

“Singapore can certainly be considered a leader in the field of green building. The city target for 80 per cent of buildings to achieve BCA Green Mark standards by 2030 is ambitious but achievable, and the Singapore Green Building Council will play a key role in delivering this,” said Terri Wills, CEO of World Green Building Council, United Kingdom.

They were the only cities that ranked within the Top Five in every category.

Both Paris and Singapore have strong building efficiency and performance, which shows that both local and international certification standards are yielding high-performance on green buildings.

London benefits from high yield of green buildings in the city, which can be linked to the fact that the United Kingdom was the first country ever to introduce a green building certification system.

Paris fell just slightly short of Singapore in the absolute number of green buildings in the city, and by not setting out a clear city-wide green building target.

Although Sydney, Tokyo, and Hong Kong performed well on the green city culture and environment criteria, Sydney and Hong Kong were negatively affected with the poor results they achieved on their green building landscape and performance.

Sydney, with 67, had the fewest absolute number of green buildings in the city.

Finally, Dubai, Beijing, and Shanghai were the last cities on the Top 10 list. These three cities are among the most recent to join the green building movement, and Solidiance analysts expect that these rankings will change in the future as these newer ‘green building cities’ are setting ambitious targets in order to catch up to other cities’ levels.

“The current green building development has been focused on new buildings but is shifting towards existing buildings,” said Vincent Cheng, director of building sustainability at ARUP, Hong Kong, an independent firm of designers, planners, engineers, consultants and technical specialists. “For significant progress, the focus of stakeholders in Hong Kong should shift from new to existing buildings which make up the bulk of the building stock. Potentially, more effort can be made to incentivize sustainability for existing buildings, promote microgrid/ renewable systems to reduce dependence on coal-powered electricity, and divert waste from precious landfill space.“

Saeed Al Abbar, chairman of the Emirates Green Building Council, United Arab Emirates, states in the study, “It is important to note that a building can be sustainable and incorporate green best practices without having a certification behind it. Certifications, however, are useful tools for measurement and can serve as guidelines for best practice. Nonetheless, Dubai does not have a specific certification or rating systems such as Estidama in Abu Dhabi, but the Leadership in Energy and Environmental Design (LEED) rating system is used and recognised broadly.”

By contrast, Singapore stood out as a pioneer in the industry by setting forth a comprehensive and bold set of policies and targets for greening the city’s built block.

As a city that has committed to greening 80 percent of its built stock by 2030, Singapore proved to be one of the most ambitious on the list of cities evaluated.

Finally, the assessment of the city-level green initiatives established that both Sydney and Hong Kong have set higher than average carbon dioxide (CO2) reduction targets amongst the 10 Global Cities, and have also proven themselves as they perform noticeably well with low CO2 emissions city-wide.

Paris, Sydney, and Singapore take the highest ranking spots with regards to each city’s green building efficiency. This is due to the three cities not only being very low CO2-polluting cities in general, but also because they each have a very low percentage of emissions which can be attributed to the city’s built-environment.

Roughly eight to 10 million new buildings are constructed each year, worldwide, and now more of them are greener than ever before. Solidiance finds that the number of green buildings is doubling every three years as a response to the current accelerating demand for sustainability.

Buildings are the largest energy-consuming sector, accounting for more than 40 percent of global energy use and responsible for an estimated 30 percent of city-wide emissions, calculates Solidance, which points out that buildings also hold the most promise for global energy savings.