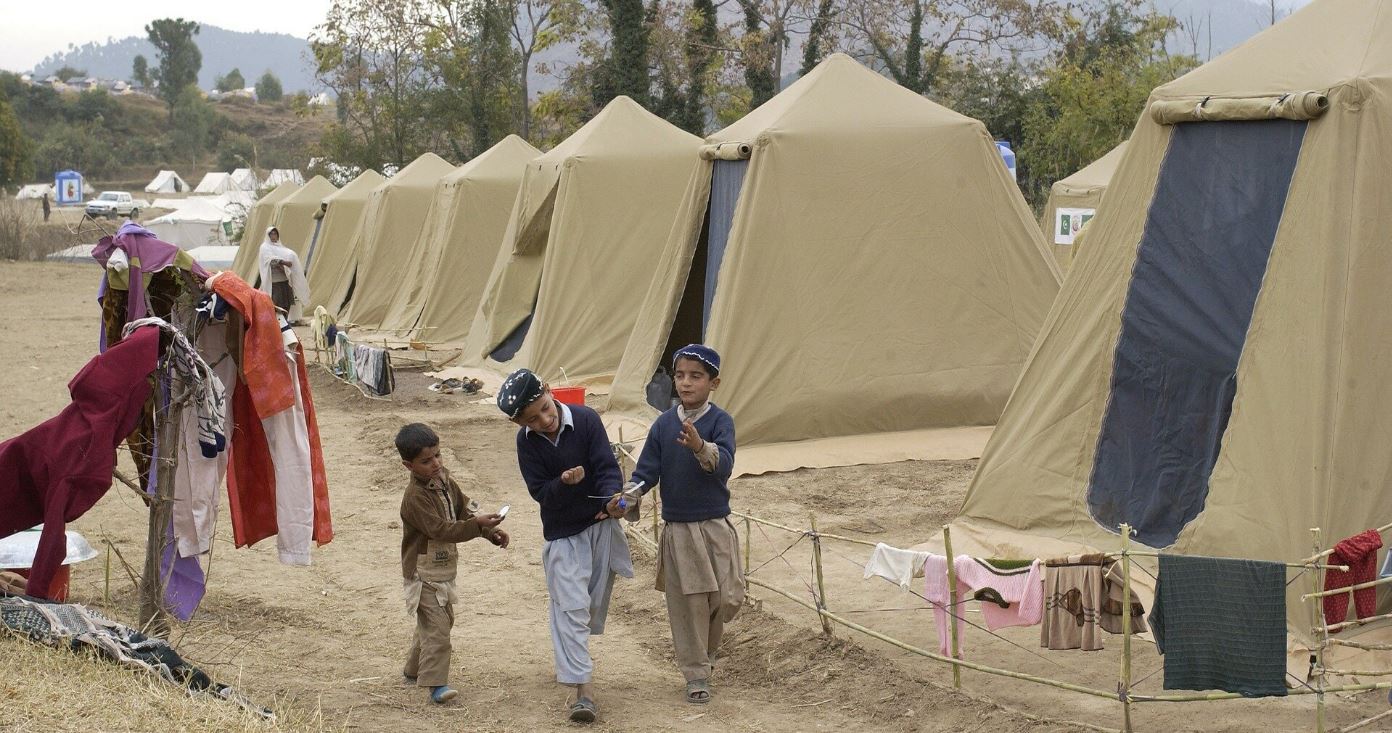 ZAATARI REFUGEE CAMP, Jordan, May 23, 2019 (Maximpact.com News) – “A Syrian refugee living in a Jordanian camp, or an immigrant to the United States, will have multiple associations with place enabled by digital technology,” says Professor Rana Abudayyeh of the University of Tennessee’s College of Architecture and Design. “They may live in a new environment, but they carry archival memories and images of their home with them on smart devices, and that will influence the way they interact with their physical space.”

Abudayyeh, a licensed architect in Jordan and an assistant professor in the UT’s School of Interior Architecture, studied the country’s Zaatari camp, home to some 80,000 refugees from Syria. She sought to understand what their experience in a new environment can teach architects about dynamic concepts of place.

Satellite images show the ways Zaatari has changed since 2013, when Abudayyeh first visited the camp for her research. Google Earth aerial images show the transformation of Zaatari’s organization. Refugees reordered the shelter units, clustering them to facilitate living near extended family in some cases and to house businesses in others.

“Temporary shelters previously organized in single files, like in traditional camp settings, were physically moved by residents to incorporate courtyards, where dwellings of extended family members surrounded each other,” Abudayyeh said. 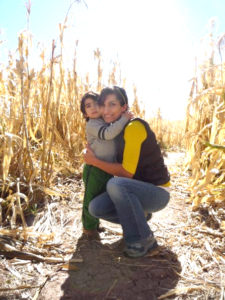 Refugees had also planted vegetable gardens, an unexpected practice in the harsh desert climate of the camp.

“It reminded the people of home, so even though it was uncommon they shaped their environment to look like what they had fixed in their memories,” Abudayyeh said.

The design of early refugee camps was intended to guarantee a home and access to supplies from governments and the UN High Commissioner for Refugees (UNHCR), adopting a standardized spatial organization. The growth in the number of refugee camps and a laid back political response has led to the existence of camps with a populations of different cultures and ethnicities, with little thought given to encouraging integration or improving their living conditions.

When the initial architectural concept of Zaatari did not function for these people, they responded as displaced people have historically done.

“They transformed their environment to fit a pattern of occupancy and a culture they brought with them from Syria,” Abudayyeh said. “Unlike before, however, this was facilitated by the technology in their pockets.”

Abudayyeh calls what happens in Zaatari the emergence of a dynamic landscape, where a fixed expectation of what a city or camp might look like and how it might function becomes a thing of the past.

Penn State University research published in 2015 by the College of Information Sciences and Technology reinforces Abudayyeh’s assumptions. Penn State researchers surveyed the use of mobile devices in the Zaatari refugee camp. A report of their findings said, “Increasingly, the lives of refugees are affected by the use of information and communication technologies.” 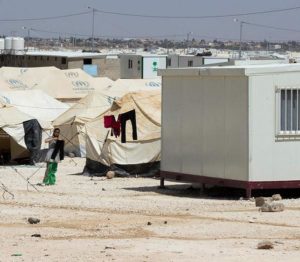 Tents and housing modules at Zaatari refugee camp, which houses over 80,000 people. It is now the fourth largest city in Jordan. May 22, 2012 (Photo by William Stebbins courtesy World Bank) Creative Commons license via Flickr

Refugees, like many technologically literate individuals, are more frequently arriving at the camp with mobile phones, and many are coming with computing and internet skills. The phones have provided an important lifeline of information and communication with loved ones, the Penn State researchers found.

Results of the Penn State survey show a high degree of mobile phone and internet use, with 86 percent of youth in their sample owning a mobile phone, and more than half using the internet at least once a day. There is also a high level of interest in a wide variety of online services, particularly social media and news.

“In some cases, mobile phone and internet use among refugees is greater in the camps than when they were living in Syria,” said Carleen Maitland, an associate professor at the Penn State College of Information Sciences and Technology.

Abudayyeh observes that much as there is a McDonald’s in every city serving the same food against distinct cultural backdrops, the connectivity of the modern world means that to a refugee camp resident his or her shelter can be a place that is both Syria and Jordan.

“This has significant implications for architecture, as architecture is a discipline rooted in place,” Abudayyeh said.

In the case of refugee camps, architectural responses have historically been immediate and focused on the creation of shelter units. The interior space is not designed to be influenced by inhabitants, because camps are intended to be temporary spaces.

But these days, as the Syrian civil war and other conflicts drag on, people are staying in camps longer than governments expect. As a result, in Jordan, where Abudayyeh was born and raised, former camps Jerash and Baqa’a, built to house Palestinian refugees of the 1967 Arab-Israeli War, have morphed into cities with fixed buildings replacing tents and prefabricated structures.

To address this principle, Abudayyeh has conceptualized a new design for temporary shelters that focuses on the interior space, with insertable walls, dividers, and interior surfaces that allow the residents a measure of “spatial authorship” based on their unique needs.

“The interior of a space carries the code of everyday life and formulates the backdrop for spatial memories that play an integral role in identity, whether a person is a refugee, migrant, or student living in university housing,” Abudayyeh said.

She suggests a new collaboration between architects, designers, planners, aid organizations, and governments to address emerging patterns of occupancy.

“The UN Refugee Agency states one person is forcibly displaced every two seconds,” Abudayyeh said. “The Middle East is one of the regions where, based on precedent, displacement will happen.”

“If we can embed a logistical infrastructure in host countries beforehand that addresses the needs of displaced people preemptively, it could both create a better setting for residents and provide other benefits for the host.”

Zaatari, which runs entirely on solar energy, benefits Jordan despite being managed primarily by international agencies.

“This is evidence that good design can pay off for host countries and institutions,” Abudayyeh said.

Abudayyeh joined University of Tennessee (UT) in 2015. Her notable research includes a collaboration with Neal Stewart, professor of plant sciences in the UT Institute of Agriculture, for an interior design concept that incorporates houseplants engineered by Stewart to detect harmful pollutants in the air.

Abuyaddeh says, “I am fascinated with people and how they occupy and generate space.”

Featured image: A video animation shows the deployment of a modular interior system within traditional shelter units used in Zaatari refugee camp. The system is capable of partitioning the space within the unit while providing adaptable surfaces for daily activities and weather insulation when needed. 2019 (Screengrab from video by Rana Abudayyeh) Posted for media use.