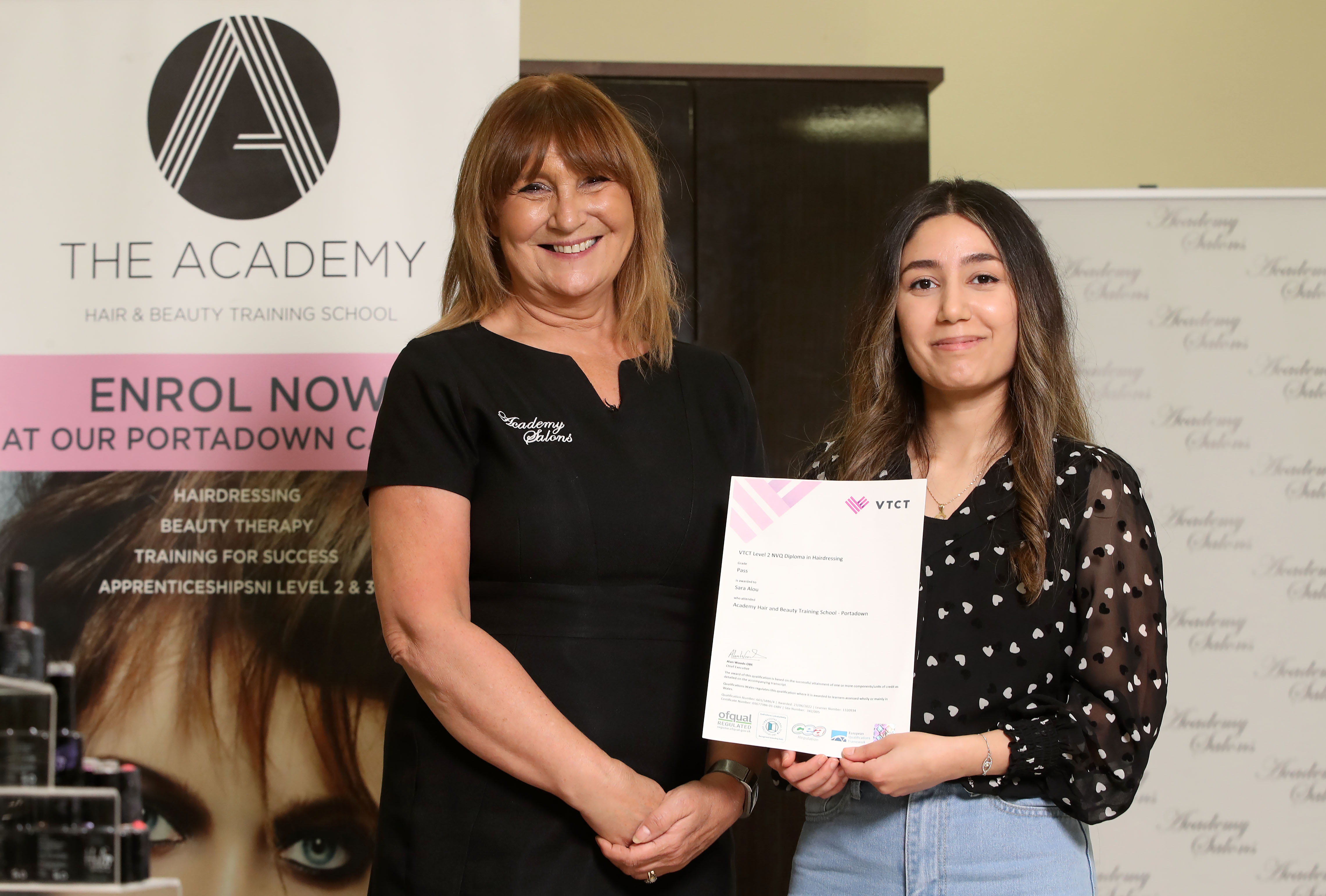 A young refugee woman from northern Syria has become Portadown’s first Kurdish graduate after passing her professional exams in the town’s Hair and Beauty Academy.

Sarah Alou, 24, arrived in Northern Ireland from war-torn Syria with her parents and brothers in 2017 after spending years in refugee camps in Turkey. She immediately embarked on an English language course with local agency, Maximpact who then arranged and financed her Academy course.

“I am delighted to be finally able to work,” she says. “All the refugees I know here in Northern Ireland are desperate to work and I am very grateful to Maximpact where I learned English and the staff at The Academy in Portadown where I became a professional hair dresser.”

Deborah Johnston, course leader in the Academy, says she is very pleased to see Sarah’s commitment pay off.

“I am full of admiration and respect for Sarah and her family,” says Ms Johnston. “She and they have shown absolute commitment to completing the course which was all the tougher for her as she was learning English while training was ongoing.”

“Sarah was a delight to train. She never missed a session and was always dedicated as well as kind to the staff and her fellow students,” says Ms Johnston.

At Maximpact we want to see more of these success stories.

“We were very happy to put Sarah through her English courses and the Academy,” says Ms Kennedy.

“There are about 1,800 Syrian refugees and asylum seekers in Northern Ireland and all of them want to work, to contribute to society and integrate,” she says.

“Many are highly qualified engineers and medics, academics and business people while others face steeper learning curves to learn English as they may have left Syrian farms and rural areas with little if any education. They all share the same desire nonetheless which is to play an active role in Northern Ireland’s economy and society.”

Maximpact is a private sector agency which is contracted by the Education Authority and other statutory bodies to provide online English language classes specifically designed for refugees and asylum seekers. The agency currently works with over 300 people from a range of countries including  Sudan, Eritrea, Syria, Iraq and Afghanistan.