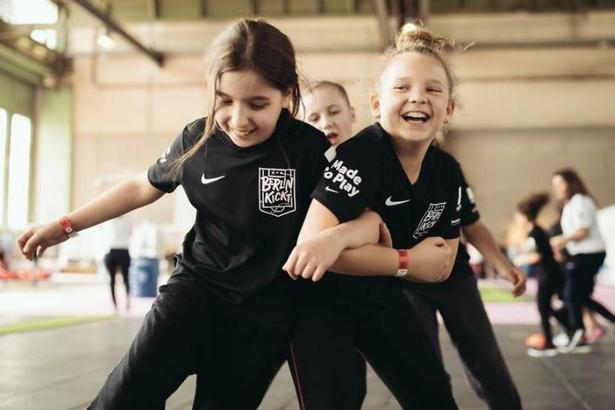 The International Rescue Committee, the sports shoe company Nike, and the local organization buntkicktgut are offering “Berlin Kickt,” a soccer and education program aimed at bringing local and refugee children together. Berlin Kickt coaches, many with a refugee or migration background, run weekly sessions and activities in five primary schools across Berlin. April 2018 (Photo courtesy International Rescue Committee) Posted for media use.

BERLIN, Germany, June 27, 2019 (Maximpact.com News) – Refugees who are more willing to take risks, who reciprocate friendliness, and who are more strongly convinced than others are that they are in control of their lives integrate into society faster, finds new research based on a study of over 4,500 refugees who settled in Germany at least 18 months ago.

“Our study demonstrates for the first time that, in addition to socio-demographic factors, it is also individual personality traits which play a decisive role in any successful integration of refugees,” says psychologist Elisabeth Hahn from Saarland University, the study’s lead author.

The refugee personality study was based on the much larger IAB-BAMF-SOEP Survey of Refugees in Germany, conducted by the Research Institute of Germany’s Federal Employment Agency (IAB) , BAMF, and the Socio-Economic Panel (SOEP) at the German Institute of Economic Research (DIW Berlin).

The IAB-BAMF-SOEP Survey of Refugees in Germany is the largest representative longitudinal survey of refugees who came to Germany between 2013 and 2016. The voluntary survey was carried out in 2016, 2017 and 2018.

Researchers from SOEP devised the refugee personality study together with scientists from Saarland University and the University of Münster <https://www.uni-muenster.de/en/>. The study’s findings were published May 10 in the journal “Collabra: Psychology.“

In order to determine what factors contribute to successful integration, the researchers evaluated the data of more than 4,500 participants in the IAB-BAMF-SOEP Survey of Refugees in Germany who had already been living in the country for an average of 18 months at the time the survey was conducted.

The study provides the first hints on the importance of personality, providing information for understanding integration processes and optimizing interventions on personal, social, and societal levels.

The study found that refugees who are more willing than others to take risks find work faster and have more social contacts with local residents.

Those who are more strongly convinced that they are in control of their lives and who reciprocate the friendliness shown by other people find it easier to make inroads into society than others do. They have more friends and are more self-confident, more contented and healthier.

Münster University’s Mitja Back, an author of the study, said, “Also, a general tendency to take the occasional risk, and to reciprocate people’s friendliness, seem to be helpful in the difficult process of integration.”

The study looked at refugees’ living situations as well as their schooling, vocational training, and current occupational situations. It collected information on refugees’ language use, family situations, social participation, and contact with both Germans and people of their own ethnic backgrounds.

Other focal points of the study, which was conducted using standardized survey instruments, were the impacts of the legal and institutional frameworks for refugees and the effectiveness of various support programs.

The frequently traumatic experiences undergone while fleeing, and the unfamiliar circumstances in the new country, place a heavy burden on refugees. “But if people are convinced that they can influence their fate,” explains SOEP researcher David Richter, “they have a far greater scope for action than if they think they are at the mercy of their circumstances.”

Every year since 1984, several thousand people have taken part in the SOEP study, so currently, the SOEP study has around 30,000 respondents in around 15,000 households. Their data provide a basis for comparison with other groups of immigrants to Germany as well as with individuals without a background of immigration.

To precisely trace the occupational biographies of refugees in Germany, data from the IAB-BAMF-SOEP Refugee Survey will ultimately be linked to data from the IAB’s Integrated Employment Biographies Sample, conditional on respondents’ consent. 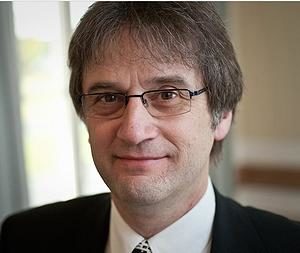 Leader of the refugee personality study, Professor Dr. Juergen Schupp is vice director of the Socio-Economic Panel (SOEP) at the German Institute of Economic Research (DIW Berlin) and professor of sociology with a focus on empirical social research at the Institute of Sociology of the Free University of Berlin. (Photo courtesy DIW Berlin) Posted for media use.

The new study confirms a series of findings arrived at in earlier studies on the integration of immigrants, findings which also hold true for refugees who have recently arrived in Germany.

The influx of refugees to Germany, which rose sharply in the second half of 2015, poses challenges for public policy, government administration, and the population at large.

To effectively coordinate lodging and assistance for these refugees and to foster their long-term integration into the labor market, educational system, and other societal spheres, robust and reliable information is needed that can be generalized and applied usefully to the challenges at hand. It is up to empirical social research to provide a database for these purposes, the researchers said.

“People who have been living in Germany for a longer period of time find it easier to integrate than others,” says Jürgen Schupp, deputy director of the Socio-Economic Panel (SOEP). A better knowledge of German and a good level of education acquired in their home countries also help decisively in making integration succeed, he said.

Gender also plays a role. The study found that female refugees are less frequently employed and they have fewer social contacts.

“Religious affiliation of the participants – whether Islam or Christian – was not related to the extent to which refugees are integrated,” explains Back from Münster University. “This contrasts with the prejudices commonly found in host societies.”

“Help for refugees should also include supporting and encouraging the personal resources and social skills which these people bring with them, for example, the ability to make new contacts with other people,” says Hahn, the psychologist from Saarland University.

Nearly four years after German Chancellor Angela Merkel in 2015 decided to leave the country’s borders open as a surge of asylum seekers entered Europe, a majority of the approximately 1.5 million people who have arrived since remain out of the labor force. Many are taking required integration and language courses. Nearly 200,000 are registered as unemployed, according to German officials.

But after spending billions of euros to integrate the newcomers, Germany is beginning to reap some gains, the “Washington Post” reported in May. The number who are either working or participating in a job training program has been growing, and was at more than 400,000 at the end of 2018. Of those, 44,000 were enrolled in apprenticeships, according to German business groups.

Refugees who wish to live in Germany permanently currently find support in various areas of life, such as acquiring language skills or looking for work.

Based on the findings, the authors of the study are calling for refugees’ individual personality traits to be taken into account in Germany’s integration programs.

Featured Image:Dr. Samah Bassas, right, CEO of the Syria Relief Network, is greeted by German Chancellor Angela Merkel at the opening of the Inside Syria pledging session during the Supporting Syria and the Region conference, London, UK, February 4, 2016. (Photo by Adam Brown / Crown Copyright) Public domain.