Resilient Infrastructure Investments Could Save Trillions 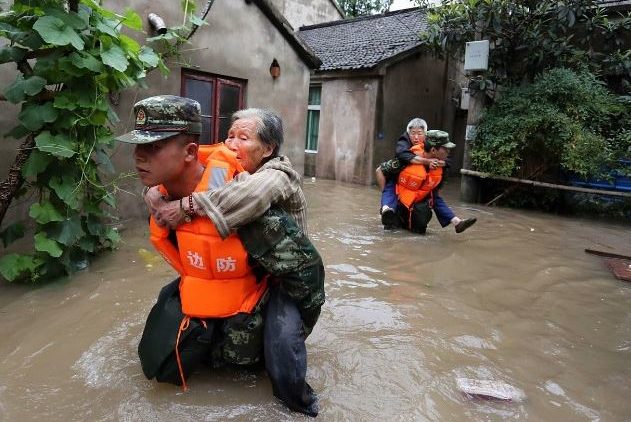 WASHINGTON, DC, June 25, 2019 (Maximpact.com News) – Investing in more resilient infrastructure in low- and middle-income countries would yield a net benefit of US$4.2 trillion, with $4 in benefit for each $1 invested, finds a new report from the World Bank and its Global Facility for Disaster Reduction and Recovery (GFDRR).

GFDRR is a grant-funding mechanism, managed by the World Bank, that supports disaster risk management projects worldwide. Working on the ground with over 400 local, national, regional, and international partners, GFDRR provides knowledge, funding, and technical assistance.

The report, “Lifelines: The Resilient Infrastructure Opportunity,” lays out a framework for understanding infrastructure resilience, that is the ability of infrastructure systems to function and meet users’ needs during and after a natural disaster.

It examines four essential infrastructure systems: power, water and sanitation, transport, and telecommunications. Making them more resilient is critical, the report finds, not only to avoid costly repairs but also to minimize the wide-ranging consequences of natural disasters for the livelihoods and well-being of people.

“Resilient infrastructure is not about roads or bridges or power plants alone. It is about the people, the households and the communities for whom this quality infrastructure is a lifeline to better health, better education and better livelihoods,” said World Bank Group President David Malpass, an American economist who took over the position in April. A Republican, Malpass is a former Under Secretary of the Treasury for International Affairs under President Donald Trump.

“Investing in resilient infrastructure is about unlocking economic opportunities for people. This report offers a pathway for countries to follow for a safer, more secure, inclusive and prosperous future for all,” he said on June 19, upon releasing “Lifelines.”

Using a set of micro-data on about 143,000 firms, the report estimates the monetary costs of infrastructure disruption for firms and households in 137 low- and middle-income countries, representing 78 percent of the world population.

“In this time of rapid climate change and intensifying natural disasters, infrastructure systems are under pressure to deliver resilient and reliable services,” the report states, while finding that the lack of resilient infrastructure harms people and companies more than previously understood.

Natural disasters cause direct damages to power generation and transport infrastructure, costing about US$18 billion a year in low- and middle-income countries. But the wider disruptions that they impose on households and firms is a much bigger problem.

Disruptions caused by natural hazards, as well as poor maintenance and mismanagement of infrastructure, costs households and firms at least US$390 billion a year in low- and middle-income countries, the authors calculate.

“It is cheaper and easier to build resilience if we look beyond individual assets, like bridges or electric poles, and understand the vulnerabilities of systems and users,” said Stephane Hallegatte, a lead economist with the GFDRR at the World Bank and lead author of the report. “By doing so, entire systems can be better designed and with greater flexibility so that damages are localized and do not spread through entire networks, crippling economies at large.”

In Kampala, Uganda, even moderate floods block enough streets to make it impossible for over a third of Kampalans to reach a hospital during the critical window of time following a medical emergency.

Reliable access to electricity has more favorable effects on income and social outcomes than access alone in Bangladesh, India, and Pakistan, boosting per capita income, study time for girls and women’s participation in the labor force. 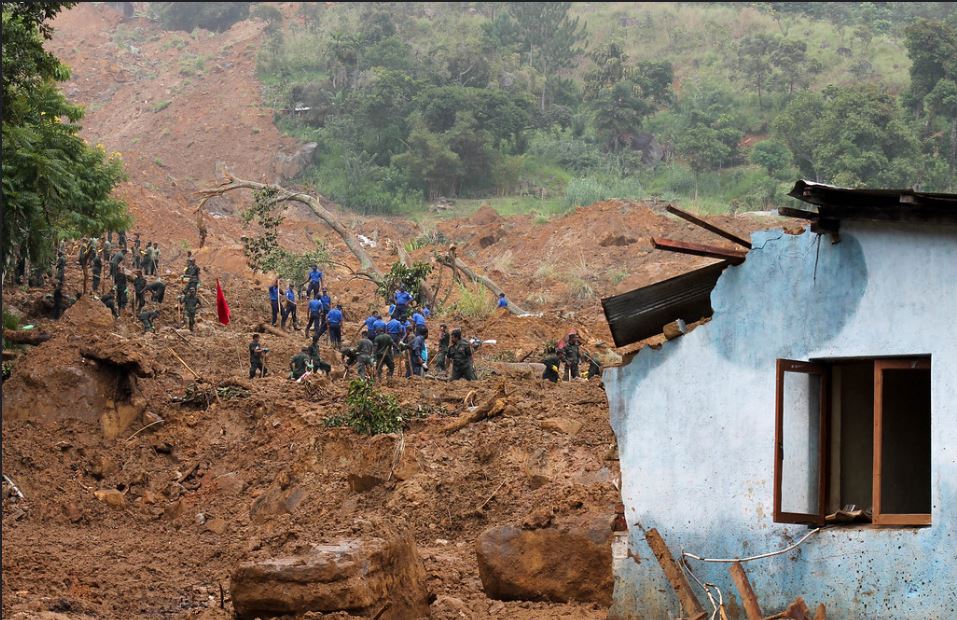 In the island nation of Sri Lanka, heavy rains caused a deadly mudslide that struck the Meeriyabedda tea plantation near the town of Haldummulla, about 200km (120 miles) east of the capital Colombo. Part of a mountainside crashed into the tea estate, burying workers’ homes in mud and debris. October 29, 2014. (Photo by Vikalpa) Creative Commons license via Flickr.

East Asia is a hotspot of infrastructure asset vulnerability to natural hazards and climate change. There are four East Asia countries among the top five countries globally in terms of risk to transport assets, and three out of five for the risk to power generation.

In Peru, landslides often interrupt road traffic, causing large losses for users. Increasing the redundancy of the road network can be more efficient than trying to make roads resistant to landslides. This is especially the case around Carretera Central, Peru’s National Rute 22, a strategic export route for agricultural products, that is subject to heavy rains and frequent landslides from December through March.

The additional up-front cost of more resilient infrastructure ranges from negative to a doubling of the construction cost, depending on the asset and the hazard, the report finds. Interventions to make assets more resilient include using alternative materials, digging deeper foundations, elevating assets, building flood protection around the asset, or adding redundant components.

But the report also states that, “Finally, sometimes the best way to make an infrastructure resilient is not to build it.”

Citing the 2019 study “Global investment costs for coastal defense through the 21st century,” by Robert J. Nicholls and his team, the World Bank report warns that coastal protection against storm surges and a rise in sea level would make economic sense only for about 22–32 percent of the world’s coastlines through the 21st century.

“Thus, some communities may have to retreat gradually or use lower-cost or nature-based approaches to coastal defense,” the World Bank states. “These communities are mostly in low-density areas where the costs of protection are too high to be affordable. In those areas, the best approach to resilience may be not to build new infrastructure. This approach, however, has to be complemented by a consistent strategy to manage retreat, while maintaining livelihoods and community ties.”

The report was made possible with the financial support of the Japan-World Bank Program for Mainstreaming Disaster Risk Management in Developing Countries .

Featured Image: Nepali women help to rebuild the Rato Machindra Nath Temple, a heritage site in Bungamati that collapsed in the April 2015 earthquake. With sustainability in mind, the Bungamati community is rebuilding the temple, an important tourist destination that generated the majority of the community’s income. February 3, 2017 (Photo by Ranit Chatterjee) Creative Commons license via Flickr.