Sustainability – Save The Planet: Turn Off That Camera 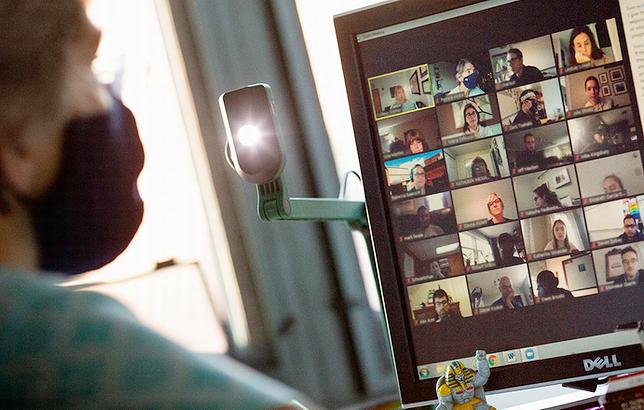 Wearing a face mask to slow the spread of COVID-19, a teacher participates in an online staff meeting alone in her classroom at Connecticut’s Middletown High School, 2020 (Photo by Allison Shelly courtesy American Education: Images of Teachers and Students in Action) Creative Commons license

WEST LAFAYETTE, Indiana, January 15, 2021 (Maximpact.com News) – Leave the camera off during your next virtual meeting,  not just to hide a messy home office, but to save the Earth, scientists from three U.S. universities advise after their new study, “The Overlooked Environmental Footprint of Increased Internet Use,” was published this week. 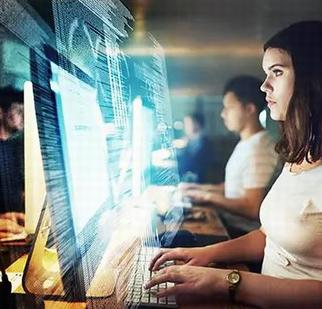 Conducted by researchers from Purdue University, Yale University and the Massachusetts Institute of Technology, the study <10.1016/j.resconrec.2020.105389> is the first to analyze the water and land footprints associated with internet infrastructure in addition to carbon footprints. Their findings are published in the journal “Resources, Conservation & Recycling.”

The researchers found that despite a record drop in global carbon emissions in 2020, a pandemic-driven shift to remote work and more at-home entertainment still presents a “significant environmental impact due to how internet data is stored and transferred around the world.”

“Banking systems tell you the positive environmental impact of going paperless, but no one tells you the benefit of turning off your camera or reducing your streaming quality. So without your consent, these platforms are increasing your environmental footprint,” said Kaveh Madani of Iran, <https://cmes.macmillan.yale.edu/people/kaveh-madani> who led and directed this study as a visiting fellow at the Yale MacMillan Center. 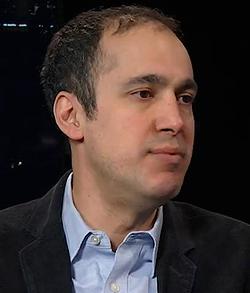 Kaveh Madani of Iran is an environmental scientist, educator, and activist, working on complex human-natural systems at the interface of science, policy, and society.
(Screengrab from Yale University interview with Kaveh Madani, March 2020) Posted for media use

“If you just focus on one type of footprint, you miss out on others that can provide a more holistic look at environmental impact,” said Roshanak “Roshi” Nateghi, a Purdue professor of industrial engineering, whose work seeks to uncover gaps and assumptions in energy research that have led to underestimating the effects of climate change.

Madani teamed up with Nateghi’s research group to investigate these footprints and how they might be affected by increased internet traffic, finding that the footprints not only vary by web platform, but also by the country.

Working as a team, the researchers estimated the carbon, water and land footprints associated with each gigabyte of data used in YouTube, Zoom, Facebook, Instagram, Twitter, TikTok and 12 other platforms, as well as in online gaming and miscellaneous web surfing. As expected, the more video used in an application, the larger the footprints.

Just one hour of videoconferencing or streaming, for instance, emits between 150 and 1,000 grams of carbon dioxide (CO2), the most prevalent heat-trapping greenhouse gas. A gallon of gasoline burned by a car emits about nine times as much CO2 as emissions at the top end of that range.

That hour of streaming requires between two and 12 liters of water, and also demands a land area about the size of an iPad Mini, which is 203 mm tall (eight inches) and 135 mm wide (five inches).

But leaving the camera off during a web call can reduce these air, land and water footprints by 96 percent, the scientists found.

Streaming content in standard definition rather than in high definition while using apps such as Netflix or Hulu also could bring an 86 percent reduction in environmental impact, the researchers estimated.

Processing and transmitting internet data in the United States, the researchers found, has a carbon footprint that is nine percent higher than the world median, but the water  footprint was 45 percent and the land footprint was 58 percent lower than the median.

Some countries have reported at least a 20 percent increase in internet traffic since March 2020, when the World Health Organization declared the novel coronavirus to be a global pandemic and governments began locking down their communities to slow the viral spread.

If internet use continues to increase at that rate through the end of 2021, that increase alone would require a forest of about 185,443 square kilometers (71,600 square miles) to sequester the emitted carbon, the study found.

The additional water needed in the processing and transmission of data through the end of this year would be enough to fill more than 300,000 Olympic-size swimming pools, while the resulting land footprint would be about equal to the size of the city of Los Angeles, California.

Naturally, internet use and its impact are still growing. More than half of the world’s population is now online. A report by the digital agency We Are Social, more than four billion people used the Internet in 2019 – with more than one million people coming online for the first time each day. With use of cloud computing, streaming services and cashless payment systems rising, the demand for online and digital services is constantly growing.

The French think tank The Shift Project, <https://theshiftproject.org/en/article/unsustainable-use-online-video/> which advocates shifting to a post-carbon economy, looked at  170 international studies on the environmental impact of digital technologies. Their share of global CO2 emissions had increased from 2.5 to 3.7 percent between 2013 and 2018.

That means that the use of digital technologies now causes more CO2 emissions and has a bigger impact on global warming than the entire aviation industry, which caused some 2.5 percent of emissions during those years.

“We live in a world where only one form of digital use, online video, generates 60 percent of of world data flows and thus over 300 million tons of CO2 per year,” according to The Shift Project.

The internet’s carbon footprint had already been increasing before the COVID-19 lockdowns, accounting for about 3.7 percent of global greenhouse gas emissions. But the water and land footprints of internet infrastructure have largely been overlooked in studies of how internet use impacts the environment.

The estimates are based on publicly available data for each platform and country, models developed by Madani’s research group and known values of energy use per gigabyte of fixed-line internet use.

The estimates are rough, the researchers say, since they’re only as good as the data made available by service providers and third parties. But the team believes that the estimates still help to document a trend and bring a more comprehensive understanding of environmental footprints associated with internet use.

“These are the best estimates given the available data,” Nateghi said. “In view of these reported surges, there is a hope now for higher transparency to guide policy.”