In Search of a Water-Wise World 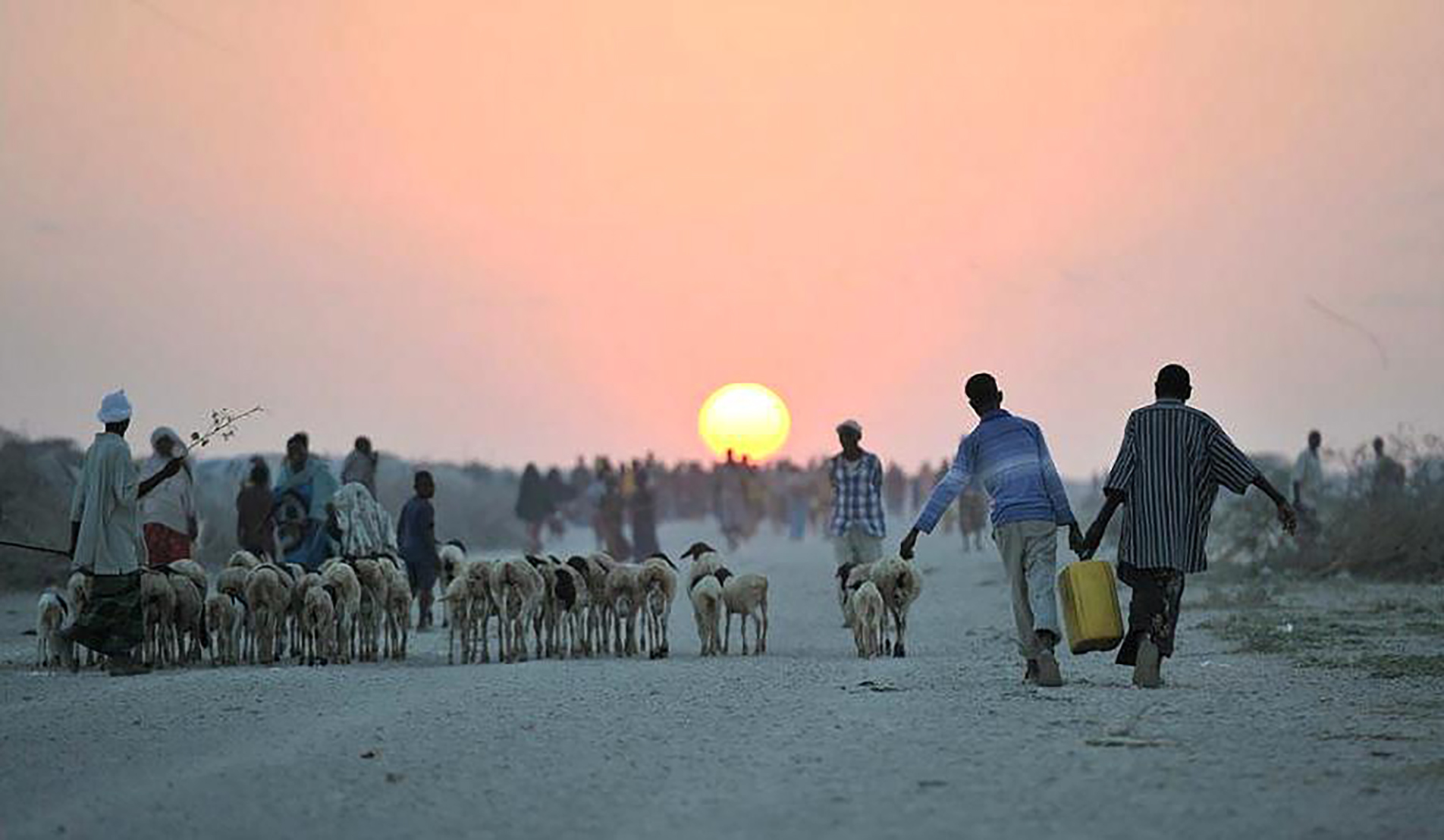 The drought in Somalia has lasted for years. This image of two men carrying a water can on a dusty road was shot on December 14, 2013. (Photo by the African Union Mission in Somalia, AMISOM) Creative Commons license via Flickr

ENSCHEDE, Netherlands, July 4, 2016 (Maximpact.com News) – Rukiyo Ahmed, 26, discovered she was pregnant just as drought began to parch her village in the East African country of Somalia. Her household lost all its livestock. When the drought intensified, Ahmed and her family had to seek relief with extended family members living in the town of Dangoroyo, 35 kilometres away.

“I was so worried that I would have a miscarriage due to the effects of the drought,” said Rukiyo. “We had so little to eat. I became very weak and could barely walk.”

This story has a happy ending. With the help of the UN Population Fund , Ahmed eventually gave birth to a healthy boy. 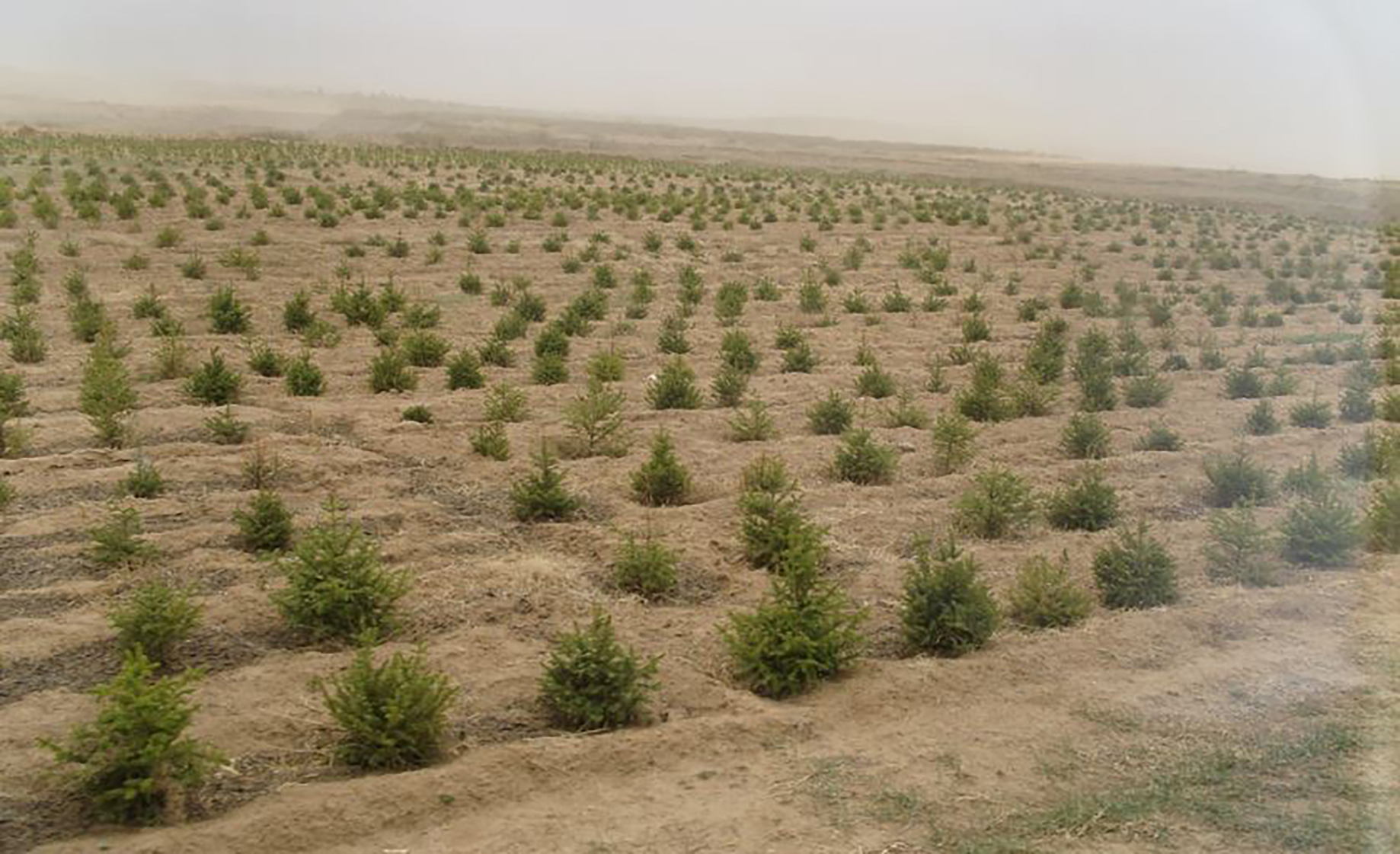 Still, water scarcity is a real and present danger for the two-thirds of the global population – four billion people – who live without enough water for at least one month of each year. Half a billion face severe water scarcity all year round, many in China, India and Africa.

Professor of water management Arjen Hoekstra and his team at University of Twente in The Netherlands have come to this conclusion after years of extensive research in a study published in the journal “Science Advances“.

“Groundwater levels are falling, lakes are drying up, less water is flowing in rivers, and water supplies for industry and farmers are threatened,” Hoekstra warns.

Until now, scientists had thought that about two to three billion people were suffering severe water scarcity. Four billion thirsty people is “alarming,” he said.

Professor Hoekstra’s team is the world’s first research group to establish the maximum sustainable “water footprint” for every location on Earth, and then investigate actual water consumption by location.

“Up to now, this type of research concentrated solely on the scarcity of water on an annual basis, and had only been carried out in the largest river basins,” says Hoekstra.

Severe water scarcity exists if consumption is much greater than the water supply can sustain. That is the case particularly in Mexico, the western United States, northern and southern Africa, southern Europe, the Middle East, India, China, and Australia.

There, households, industries and farmers regularly experience water shortages. In other areas, water supplies are still fine but at risk in the long-term, the Dutch team reports.

In the United States, 130 million of the country’s 323 million people are affected by water scarcity for at least one month of each year, most in the states of California, Florida and Texas.

Hoekstra observes that the subject of water scarcity is climbing higher and higher on the global agenda. “The fact that the scarcity of water is being regarded as a global problem is confirmed by our research,” he said. “For some time now, the World Economic Forum has placed the world water crisis in the top three of global problems, alongside climate change and terrorism.”

“All over the world,” Hoekstra said, “it is clear that the risks associated with high water consumption are being increasingly recognized. The growing world population, changes in consumer behavior, and climate change are having a significant impact on the scarcity and quality of water.”

Hoekstra’s work is confirmed by many other authoritative research teams.

About one-third of Earth’s largest groundwater basins are being rapidly depleted by human consumption, according to two new studies from the University of California, Irvine, the first to identify global groundwater loses using data from space. The data is drawn from the Gravity Recovery and Climate Experiment (GRACE) satellites flown by the U.S. National Aeronautic and Space Administration (NASA).

This means that millions of people are consuming groundwater quickly without knowing when it might run out, conclude the researchers, whose findings were published June 16 in “Water Resources Research.”

In the first paper, researchers found that 13 of the planet’s 37 largest aquifers studied between 2003 and 2013 were being depleted while receiving little to no recharge. In a companion paper, they conclude that the total remaining volume of the world’s usable groundwater is poorly known, with estimates that often vary widely. 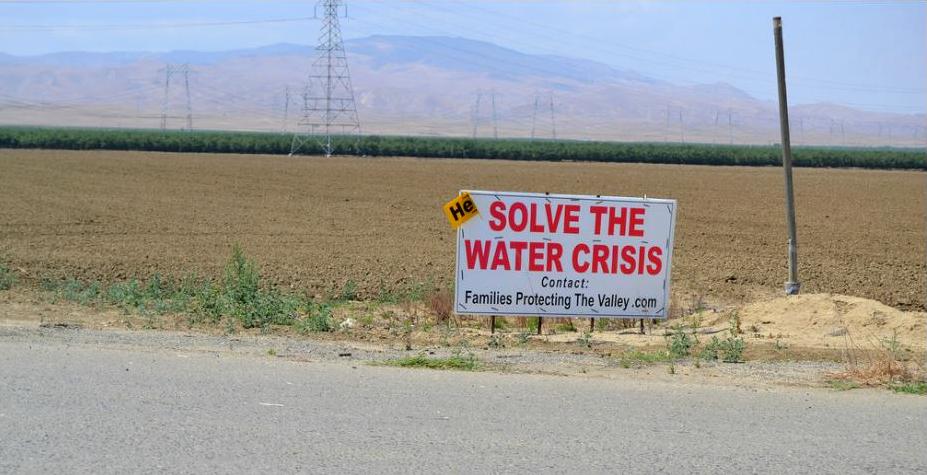 “Available physical and chemical measurements are simply insufficient,” said UCI professor and principal investigator Jay Famiglietti, who is also the senior water scientist at NASA’s Jet Propulsion Laboratory in Pasadena, California. “Given how quickly we are consuming the world’s groundwater reserves, we need a coordinated global effort to determine how much is left.”

“The water table is dropping all over the world,” said Famiglietti. “There’s not an infinite supply of water.”

A NASA study released in March finds that the drought that began in 1998 in the eastern Mediterranean Levant region of: Cyprus, Israel, Jordan, Lebanon, Palestine, Syria, and Turkey, is likely the worst drought of the past 900 years.

In a joint statement, the UN’s Food and Agriculture Organisation and the Famine Early Warning Systems Network said late last year, “El Niño will have a devastating effect on southern Africa’s harvests and food security in 2016. The current rainfall season has so far been the driest in the last 35 years.”

El Niño conditions, which arise from a natural warming of Pacific Ocean waters, lead to droughts, floods and more frequent cyclones across the world every few years.

Meteorologists say this year’s El Niño is the worst in 35 years and is now peaking. Although it is expected to decline in strength over the next six months, El Niño’s effects on farming, health and livelihoods in developing countries could last through 2018.

In Central America, El Niño conditions have led to a second consecutive year of drought – one of the region’s most severe in history,

In Africa, Abdoulaye Balde, the World Food Programme’s country director in Mozambique issued a dire warning. “Mozambique and southern African countries face a disaster if the rains do not come within a few weeks,” he said.

“South Africa is six million tonnes short of food this year, but it is the usual provider of food reserves in the region,” said Balde. “If they have to import six million tonnes for themselves, there will be little left for other countries. The price of food will rise dramatically.”

Zimbabwe declared a national food emergency this month, according to the WFP rep in the capital, Harare. Food production is just half of what it was last year, and the staple grain, maize, is 53 percent more expensive.

Water scarcity remedies range from simple conservation and efficiency, to tree planting and wastewater re-use, to highly technical and expensive facilities such as nuclear desalination plants as advocated by the International Atomic Energy Agency  that would turn seawater into freshwater.

Finding sustainable solutions to water scarcity will be the focus of the annual World Water Week in Stockholm, held this year from August 28 to September 2. Hosted and organized by the Stockholm International Water Institute (SIWI), this year’s theme is Water for Sustainable Growth.

Water experts, technicians, decision makers, business innovators and young professionals from more than 100 countries are expected in Stockholm to network, exchange ideas and foster innovations that could help satisfy the urgent needs of four billion people for water.

One such innovation is the world’s first certified green bond. It was just issued by the San Francisco Public Utilities Commission (SFPUC) under the Water Climate Bonds Standard, whose criteria was co-developed by SIWI and the Alliance for Global Water Adaptation.

The Water Climate Bonds Standard is a screening tool for investors that specifies the criteria that must be met for bonds to be labeled as “green” or earmarked for funding water-related, resilient, and low-carbon initiatives.