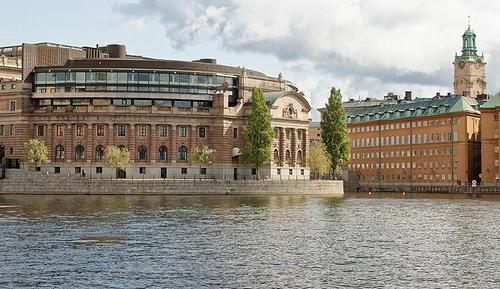 The City of Stockholm is situated on 14 islands and on the banks of the archipelago where Lake Mälaren meets the Baltic Sea. August 28, 2018 (Photo by Hans Permana) Creative Commons license via Flickr

STOCKHOLM, Sweden, August 27, 2019 (Maximpact.com News) – Humanity can tackle today’s major challenges only if access to water is more fairly distributed. When World Water Week, the leading event on global water issues, opened on Monday, speakers called for an immediate and drastic shift in how water is shared and managed.

World Water Week 2019 is taking place in Stockholm from the August 25-30, with this year’s theme being Water for Society: Including All. The conference is organized by the Stockholm International Water Institute (SIWI) and has been running for 29 years.

In its announcement of the 2019 World Water Week theme, SIWI said, “We strongly believe that water is key to future prosperity and that together, we can achieve a water wise world.”

At the opening ceremony on Monday, the message from all speakers was that the world’s water shortage is increasingly acute and, despite some progress, humanity appears to lack the motivational power to address this crucial issue.

“Many in our societies are not aware of the vital role that water plays in realizing prosperity, eradicating poverty and tackling the climate crisis. Together, we can change that perception and unlock the potential of water-related solutions,” Holmgren said.

Time is running out to deal with the climate crisis Homgren warned, saying, “Compared to just a year ago, we now know that we have less time than we thought to tackle the climate crisis and the degradation of our environment. New reports tell us that the world’s glaciers and the Antarctic ice sheet are melting at a much faster rate than first anticipated.”

Peter Eriksson, Sweden’s Minister for International Development Cooperation, advocated for better water governance, advising that with current trends, 52 percent of the world’s population and 40 percent of global grain production could be put at risk by 2051.

“Poor and marginalized populations will be disproportionately affected, which will further worsen the rising inequalities,” Eriksson warned.

Award-winning Swedish photographer Paul Hansen had a different warning, putting the world on notice that access to water is being used as a weapon. “In conflict zones all over the world,” he said, “water and other vital resources are being withheld to suppress people. The lack of access is a very powerful weapon.”

Access to open data is one of the most important technological changes, said Ma Jun, founder of China’s Institute of Public & Environmental Affairs, whose pollution database plays an important role in protecting water quality. He advocated for more transparency.

During the opening session, Victoria Tauli-Corpuz, UN Special Rapporteur on the Rights of Indigenous Peoples, told the delegates that ecosystems are better protected where the rights of indigenous peoples are respected.

She asked the water community to condemn the growing violence against indigenous activists, saying, “If those who try to protect the environment are killed, there is less of a chance for us all to protect the last biodiversity resources.”

One of Monday’s events focused on water management experiences from indigenous peoples’ networks.

The inclusion of indigenous peoples’ perspectives in water resources and in the management of water, sanitation and hygiene, despite its challenges, has had significant progress recently, speakers said. Water planners and policy makers have started to acknowledge the local perspectives and inter-cultural approaches.

New methodological tools and indigenous knowledge systems and networks are being developed, and guidelines and good practices are being produced. The session focused on local successes that indigenous networks and organizations are making to reduce poverty through the conservation and sustainable use of biodiversity.

The world’s largest planned hydropower scheme has not yet begun in the Democratic Republic of Congo. The last free-flowing river arising in China remains free of dams despite many proposals. Local energy plans and investments have helped Vietnam communities minimize river pollution and acquire solar hot water heaters and clean water technology.

Behind each of these campaigns to protect local economies, ecosystems, and culture are women river advocates, who met with many others in Nepal around International Women’s Day, March 8. These women are united in their challenge the gender inequity underlying the threats to rivers such as a proposed dam in Northern Sumatra that threatens to drive orangutans to extinction.

“Not only are women taking leadership the world over in guaranteeing water resources for generations to come, they are bringing into focus that gender equity and resource conservation are two sides of the same coin,” said Kate Horner, executive director of International Rivers, which convened the meeting in Nepal.

International Rivers explains that freshwater ecosystems sustain a higher biodiversity per square mile than most other ecosystems. Their fisheries are crucial to food security and livelihoods for millions of people.

Large dam projects can permanently alter an entire watershed, wiping out fisheries and killing other animals, starving cropland and deltas of life-giving sediment, and emitting methane, a climate-harming greenhouse gas. 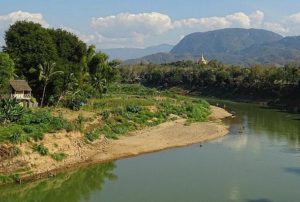 Women bear the brunt of these challenges, particularly rural women in marginalized communities, says Horner. These women carry a great part of the burden of providing water for household use.

According to the UN Food and Agriculture Organization, in one day more than 152 million hours of women and girls’ time is spent collecting water for domestic use, limiting their ability to participate in local governance structures and educational opportunities.

“Women in the Mekong Delta and around the world understand the critical importance of water to sustaining their livelihoods and environment. However, women need more space to promotion to actively participate and lead in water governance for better management of the Mekong, and all major rivers,” said Nguyen Thi Thuy Van of Vietnam Rivers Network. 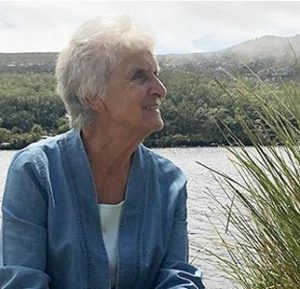 The prize includes a US$150,000 award and an Orrefors crystal sculpture.

Only the fourth woman to win the annual Stockholm Water Prize since its inauguration in 1991, Dr. King earned the prize for her advancement of the scientific understanding of water flows, giving decision-makers tools to assess the real costs and benefits of river system development.

In her address at Monday’s opening ceremony, King said she finds it encouraging that the rights of nature are increasingly recognized.

“Governments developing their water resources understand the potential benefits but not necessarily the costs in terms of degrading rivers. We can now show these ecological and social costs at a similar level of detail to the benefits shown by planners. This is a new kind of information, not available until the last few years, that helps governments better understand the trade-offs involved in development as they decide on their preferred future,” King explained.

She said that humanity has the information, the know-how, the structures and the technology to bring about positive change. Yet, she said, there is no momentum in the struggle to fulfil Sustainable Development Goal 6, which calls for clean water and sanitation for all people.

Goal 6 is one of 17 Sustainable Development Goals by the United Nations General Assembly in 2015. It aligns with the World Water Week theme this year, Water for Society: Including All.

“We have the methods and the technology, but need the momentum to make them work,” said King.

Dr. King led the early development of the methods as a researcher at the University of Cape Town, funded by South Africa’s Water Research Commission. Later, she and colleagues Dr. Cate Brown and Dr. Alison Joubert created ecosystem models to demonstrate the ecological and social implications of damming and de-watering rivers.

This enabled objective assessment of the costs of water-resource developments that could emerge linked to benefits such as hydropower and irrigated crops.

Dr. King’s early work influenced South Africa’s 1998 National Water Act and is increasingly guiding governments and institutions throughout the world. She has worked in more than 20 countries and with governments of the Mekong, Zambezi, Indus and Okavango River Basins, among others.

In its citation, the Stockholm Water Prize Nominating Committee notes that “Dr. Jacqueline King has, through scientific rigour, selfless dedication and effective advocacy, transformed the way we think, talk and work with water as a flow of and for life.”

Dr. King responded, “I find it humbling, energizing and very rewarding. I have never sought high-profile jobs but was happy to be a working scientist, free to say what I felt needed to be said. I am delighted that the silent voices of river systems and their dependent people are increasingly being acknowledged. We all lose if rivers become severely degraded due to poorly-informed development and management. It does not have to be like that.”