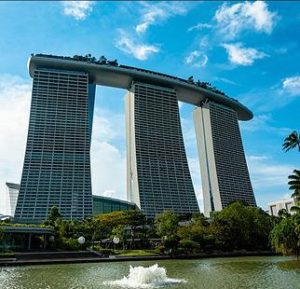 The Marina Bay Sands, an integrated resort fronting Marina Bay in Singapore, is owned by the Las Vegas Sands corporation. Transforming Singapore’s city skyline, it is made up of three 55-storey towers of extravagant hotel rooms and luxury suites. March 26, 2019 (Photo by Billie Grace Ward) Creative Commons license via Flickr

SINGAPORE, October 10, 2019 (Maximpact.com News) – Singapore has been named the world’s smartest city in 2019 by the first edition of the new IMD Smart City Index 2019 (SCI) which ranks 102 cities worldwide.

Compiled by the IMD World Competitiveness Center’s Smart City Observatory, in partnership with Singapore University of Technology and Design (SUTD), and released October 3, the Smart City Index assesses the efforts and success of cities in embracing smart technologies to improve the lives of their residents.

“Smart cities are growing and blossoming in all parts of the world,” explains Professor Arturo Bris, a professor of finance and director of the IMD World Competitiveness Center. IMD is a top-ranked business school with a global perspective and campuses in Singapore and Switzerland.

Professor Bris said that as a result of this blossoming, “Economic realities cannot be ignored: cities in poorer countries face disadvantages, which will require specific actions to correct along the path toward smartness.”

He urged all cities to focus on becoming smarter. While there is neither a perfect nor one size fits all strategy in becoming a smart city, all three cities that lead this first Index score highly for their “structures,” a measurement that assesses how services are made available to citizens.

The IMD Smart City Index assesses a city’s efforts and success in embracing smart technologies to improve the lives of its citizens, thus being able to rate each city on a certain level of smartness.

This first edition of the Smart City Index ranks the 102 cities by capturing the perceptions of 120 residents in each city. 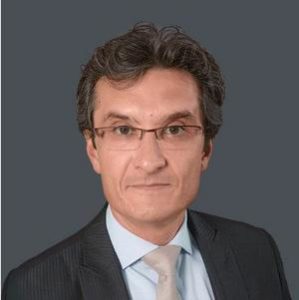 Arturo Bris is Professor of Finance at IMD. Since January 2014 he has led the world-renowned IMD World Competitiveness Center. (Photo courtesy IMD) Posted for media use

There are two pillars for which perceptions from residents were solicited – the Structures pillar, referring to the existing infrastructure of the cities, and the Technology pillar, describing the technological provisions and services available to the inhabitants.

Each pillar was evaluated over five key areas: health and safety, mobility, activities, opportunities, and governance.

For instance in the top-ranked city, Singapore, respondents said that basic sanitation meets the needs of the poorest areas. Online reporting of city maintenance problems provides a speedy solution. Recycling services are satisfactory. A website or App allows the give away of unwanted items to other city residents.

Public safety is not a problem. Free public Wifi has improved access to services.

Green spaces are satisfactory in Singapore.

Cultural activities (shows, bars, and museums) are satisfactory. Online purchasing of tickets to shows and museums has made them easier to attend.

Job-finding services are available. Online access to job listings has made it easier to find work. Most children have access to a good school. IT skills are taught well in schools. Lifelong learning opportunities are provided by local institutions.

Online services provided by the city has made it easier to start a new business. Businesses are creating new jobs. 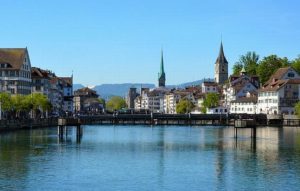 Zurich, Switzerland, a very different style of city from the top-ranked Singapore, captured the number 2 spot in the IMD Smart City Index for the quality of life it offers residents. June 1, 2019 (Photo by Alexander Pettersson) Creative Commons license via Flickr

The IMD Smart City Index is the only global index that focuses on ranking urban areas based on the perception of resident citizens. In compiling the Index, the citizens’ point of view was given prominence because it sheds light on the importance of aligning policies with the lives and needs of urban residents.

How citizens perceive the scale and impact of efforts to make their cities smart was balanced against the “economic and technological aspects” and “humane dimensions” of the cities being assessed.

Being a globally-recognized smart city has its own benefits. It is critical for attracting investment and talent, creating a potential virtuous cycle in favor of an advanced group of cities such as Singapore, Zurich and Oslo.

Quality of life – including environment, safety, access to health and education services, but also mobility and social interaction – is increasingly playing a more prominent role in citizens’ aspirations for smart cities worldwide. But the concerns and aspirations of urban residents vary widely depending on cultural and socio-economic environments.

For instance, urban residents in China are more accepting towards the use of their personal data, face recognition and have a higher overall trust of local authorities, compared to residents in New York or Paris.

The Smart City Index found that many technologies remain largely ignored by the populations they claim to serve, an area that requires improvement in many countries, Bris said.

To summarize, Bruno Lanvin, president of the IMD’s Smart City Observatory at the IMD World Competitiveness Center, concludes that “smart cities are becoming magnets for investment, talent and trade.”

Yet, he also acknowledged that a lot of effort has been put into areas that are “disconnected from the long-term aspirations of citizens.”

This is where the Smart City Index is valuable, because, according to Professor Lanvin, it is the first and still the only unique index that “intends to fill a gap by being a reference and tool for action to build inclusive and dynamic cities.”

The Smart City Index has changed how cities will be viewed, Lanvin says, the smartness no longer measured purely by technological advancements, but also by the perception of the resident citizens themselves.