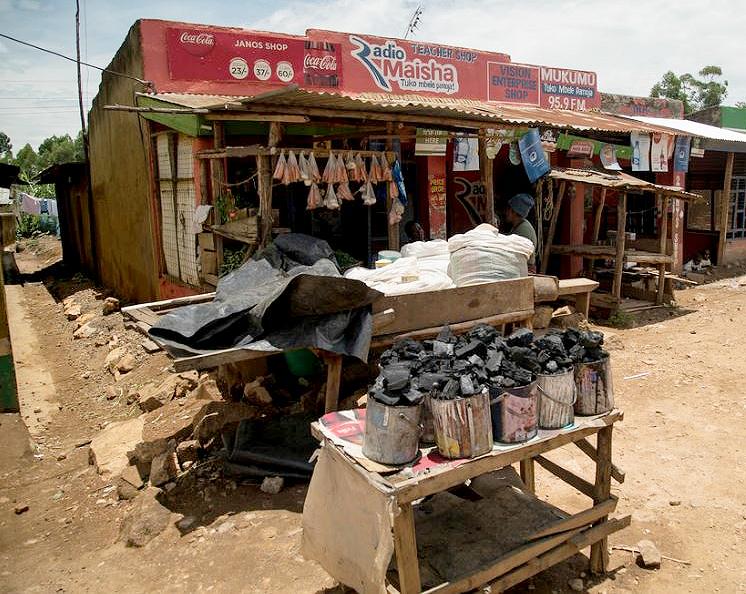 Businesses sell cans of charcoal for cooking at a market near Kisumu, Kenya, March 11, 2015. (Photo by Peter Kapuscinski / World Bank)

GENEVA, Switzerland, May 3, 2018 (Maximpact.com News) – Cooking with charcoal indoors is fatal to millions of people every year, according to new data released Wednesday by the World Health Organization. WHO says, in total, household and outdoor air pollution result in “an alarming death toll” of eight million people a year.

WHO says these deaths are due to exposure to fine particles in polluted air that penetrate deep into the lungs and cardiovascular system, and this fine particulate matter is a critical risk factor for noncommunicable diseases.

The agency estimates exposure to polluted air causes 24 percent of all adult deaths from heart disease, 25 percent from stroke, 43 percent from chronic obstructive pulmonary disease and 29 percent from lung cancer.

Major sources of particulates in the air include the inefficient use of energy by households, industry, the agriculture and transport sectors, and coal-fired power plants.

In some regions, sand and desert dust, waste burning and deforestation are additional sources of air pollution. Air quality can also be influenced by natural elements such as geographic, meteorological and seasonal factors. 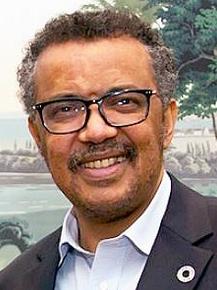 The new data that WHO is presenting is now the world’s most comprehensive database on ambient air pollution.

And more cities are responding to the need to save lives by limiting emissions – at least they’re monitoring air quality. Dr. Neira says WHO is seeing “an acceleration of political interest in this global public health challenge.”

More than 4,300 cities in 108 countries are now included in WHO’s ambient air quality database together with the summary of results, methodology used for compiling the data and WHO country groupings is online at: WHO databases

Since 2016, more than 1,000 additional cities have been added to WHO’s database, which shows that more countries than ever before are measuring and taking action to reduce air pollution.

“The increase in cities recording air pollution data reflects a commitment to air quality assessment and monitoring,” said Dr. Neira. “Most of this increase has occurred in high-income countries, but we hope to see a similar scale-up of monitoring efforts worldwide.”

The concentration of an air pollutant is given in micrograms (one-millionth of a gram) per cubic meter of air or µg/m3.

WHO air quality recommendations call for countries to reduce their air pollution to annual mean values of 20 μg/m3 (for PM10) and 10 μg/m3 (for PM25). 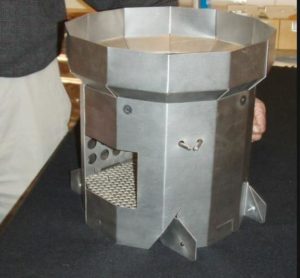 Researchers at the Lawrence Berkeley National Laboratory and University of California Berkeley students have made a new wood/biomass burning cookstove for internally displaced people in Darfur, Sudan.
Manufactured locally by artisan metalworkers, it saves enough fuel so that the purchase price is affordable.

“Air pollution threatens us all, but the poorest and most marginalized people bear the brunt of the burden,” says WHO Director-General Dr. Tedros Adhanom Ghebreyesus, an Ethiopian public health expert.

“It is unacceptable that over three billion people, most of them women and children, are still breathing deadly smoke every day from using polluting stoves and fuels in their homes,” he said.

“If we don’t take urgent action on air pollution, we will never come close to achieving sustainable development,” he warned.

WHO has been monitoring household air pollution for more than a decade and,

Improvements are not even keeping pace with population growth in many parts of the world, particularly in subSaharan Africa, WHO reports.

Because air pollution does not recognize borders, WHO says coordinated intergovernmental partnerships will be most effective in improving air quality. Countries need to work together on solutions for sustainable transport, more efficient and renewable energy production and use and waste management.

WHO works with many sectors – transport and energy, urban planning and rural development – to support countries in addressing their air quality problems.

“Political leaders at all levels of government, including city mayors, are now starting to pay attention and take action,” says Dr. Tedros. “The good news is that we are seeing more and more governments increasing commitments to monitor and reduce air pollution as well as more global action from the health sector and other sectors like transport, housing and energy.”

This year WHO will convene the first Global Conference on Air Pollution and Health to bring governments and partners together in a global effort to improve air quality and combat climate change. The conference is planned for October 30 – November 1 at WHO headquarters in Geneva.

Remote participation will be facilitated by webcasting and live-streaming of the sessions.