BRUSSELS, Belgium, March 12, 2021 (Maximpact.com News) – The seas of the world will soon be lined with offshore wind farms as humanity tries to limit global warming by replacing coal, oil and gas power plants with renewable energy generated by the wind.

Europe invested a record amount in new offshore wind farms last year – €26.3 billion – despite the unexpected financial demands of the coronavirus pandemic. These fresh investments are expected to finance 7.1 gigawatts of new offshore wind energy, enough to power 2.13 million homes. But that’s not many compared to the millions of homes in the EU’s future offshore wind farm plans.

“Offshore wind is no longer just about the North Sea. It’s rapidly becoming a pan-European affair,” says Giles Dickson CEO of WindEurope, an industry association with over 400 members active in 35 countries.

“More and more countries are making commitments. Poland, Spain, Greece, Ireland, the three Baltic States all have plans. And the rapid advance of floating offshore wind will help the build-out in the Atlantic, Mediterranean and Black Sea,” he said.

Compare that with the European Union’s stated offshore wind goal of 300 GW of offshore wind capacity by 2050 – enough to power 90 million homes.

These opponents reject claims by wind farm builders that the clusters of turbines are emissions-free. They point out that the manufacture and maintenance of the massive steel structures will require huge amounts of fossil fuel-powered energy.

Advantages of offshore wind farms include a decrease in Europe’s dependency on fuel imports, cleaner air, and a more stable climate. Offshore, turbines can be installed that are bigger than those onshore, enabling more energy collection. And out at sea, the winds blow with greater force allowing more energy to be generated within a given time period than onshore.

Dickson is optimistic about the future of the industry. “€26 billion in new investments in 2020 is a huge vote of confidence in offshore wind. Investors see that offshore wind is cheap, reliable, and resilient – and that governments want more of it.”

“And these investments will create jobs and growth,” Dickson said. “Every new offshore wind turbine generates €15 million of economic activity. We expect the 77,000 people working in offshore wind today in Europe to be 200,000 by 2030.” 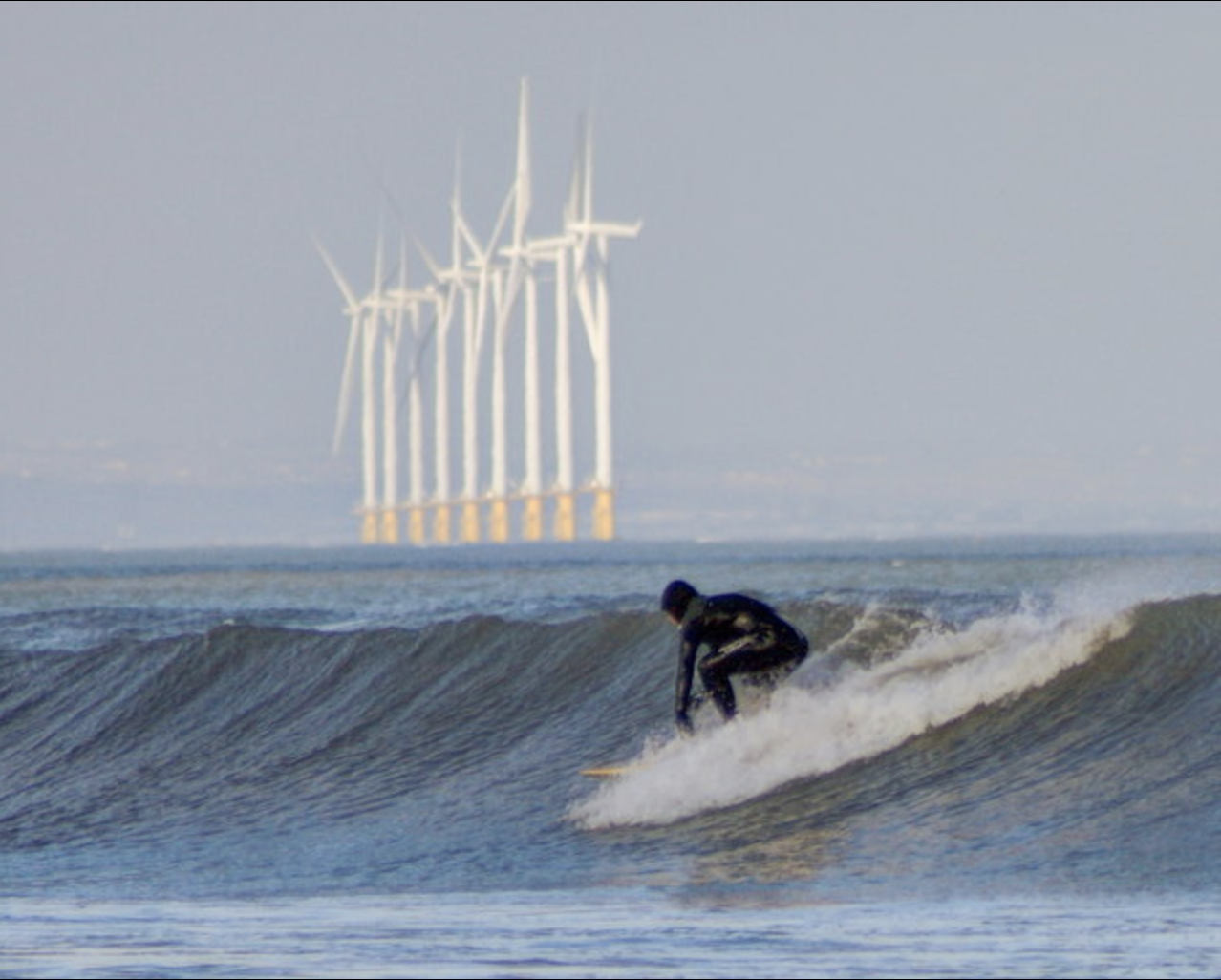 Europe now has 116 offshore wind farms across 12 countries and 40 percent of the capacity is in the UK.

Greece is about to adopt plans for the build-out of offshore wind.

Poland has passed a historic Offshore Wind Act and aims for 28 GW of offshore wind by 2050. Poland also has initiated an agreement with the other eight Baltic countries to cooperate on offshore wind. The Baltic countries all have coastlines along the Baltic Sea: Denmark, Estonia, Finland, Germany, Latvia, Lithuania, Poland, Russia, and Sweden.

At the end of 2019, the UK had the world’s largest offshore wind sector, with 9.6 GW of capacity installed, representing 33 percent of the global total. As a result, wind power in the UK continues to see records tumble.

Speaking to the Conservative Party conference in October 2020, UK Prime Minister Boris Johnson compared the UK’s wind resource to that of Saudi Arabia’s oil reserves and said £160 million would be invested in ports and factories to manufacture the next generation of wind turbines. 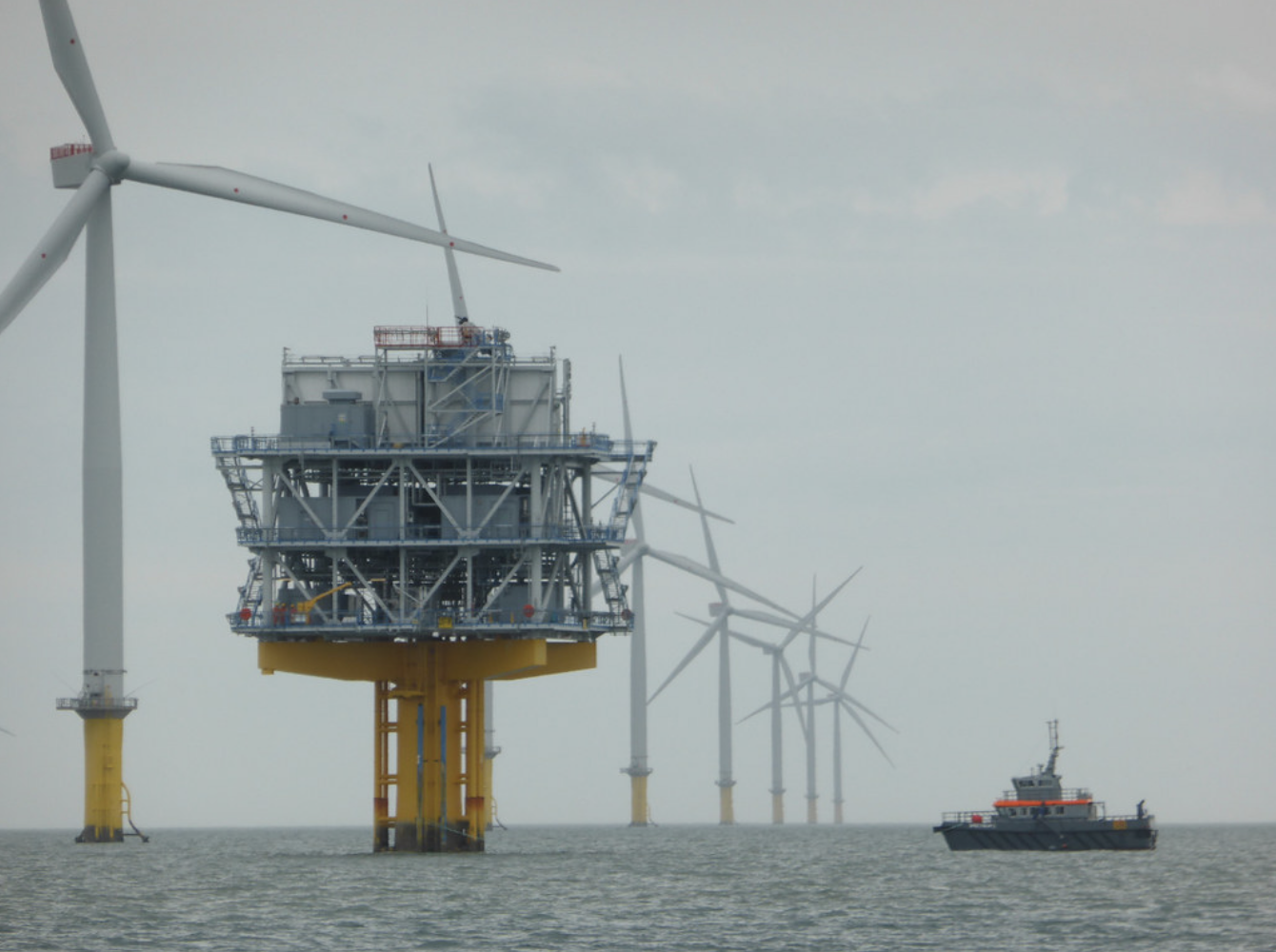 A gray day at the London Array, one of the world’s largest offshore windfarms. The largest offshore wind farms are currently in northern Europe, especially in the United Kingdom and Germany, which together account for over two-thirds of the total offshore wind power installed worldwide. June 12, 2016 (Photo by pshab) Creative Commons license via Flickr

To ensure Europe delivers its planned expansion of offshore wind while at the same time preserving nature and marine ecosystems, a new partnership of environmental NGOs, transmission system operators and the wind industry was formalized last November called the Coalition for Offshore Energy and Nature.

Dickson calls the coalition “the start of essential collaboration” to “ensure the expansion of offshore wind keeps our seas healthy, clean and productive.”

“This is an excellent initiative. Industry and NGOs need to work together for the EU to fulfil its climate and biodiversity objectives, become the first climate-neutral continent and be an example to the world. Offshore wind energy will be a central part of Europe’s energy transition, of a just transition and of economic recovery.”