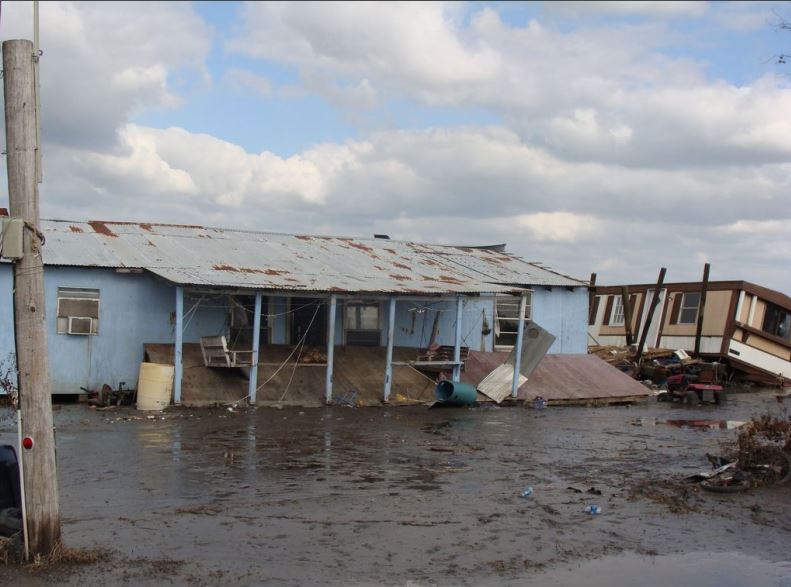 These trends were identified by The Climate Trust based on interactions with their group of working partners: governments, investors, project developers, large businesses, and the philanthropic community.

“Our team has identified areas of potential advancement, despite the anticipated inaction around climate at the federal level,” said Sean Penrith, executive director for The Climate Trust.

“This year, more than ever, we felt there was a need for positivity, and have primarily chosen to share industry insights that are positive in nature, yet still strongly based in reality,” said Penrith. “We expect that the New Year will bring together unlikely, yet strong, domestic partnerships with corresponding resolve to address climate change, and we look forward to seeing what we can accomplish by banding together.”

1. As our nation heads into uncertain times with respect to climate change policy and action, states, cities, and regional collaborative groups are going to lead the fight against climate change.

In New York City, former Mayor Michael Bloomberg warned that if the Trump Administration withdraws from the Paris Accord, mayors from 128 cities will pick up the cause.

In the Midwest, wind turbines continue to rise out of the cornfields.

In Oregon, the Department of Environmental Quality is wrapping up the draft considerations for a cap-and-trade program for the state. In the vacuum created by a Scott Pruitt-led EPA, and a Rex Tillerson-led State Department, rulings like the one issued by Judge Aiken, and statements like the one from California Governor Jerry Brown challenging Trump on climate change, indicate where the action on climate change is going to be for the next four years.

2. Progressive states and foundations will pick up support for domestic climate finance in the absence of federal action. We expect that climate denial from federal leaders will alarm foundations and progressive states. Many foundations previously had an international climate focus, and The Climate Trust anticipates that these institutions will refocus on their U.S. agenda.

The political will for carbon pricing will grow in progressive states, demanding more immediate state action.

Increasingly, public entities are aware that their dollars are most effectively used when they leverage private capital. In 2017, states and foundations will look for opportunities to mitigate risks to private climate finance providers investing in the United States through new financial mechanisms like first loss capital contributions, loan guarantees, credit enhancements, and other new structures. 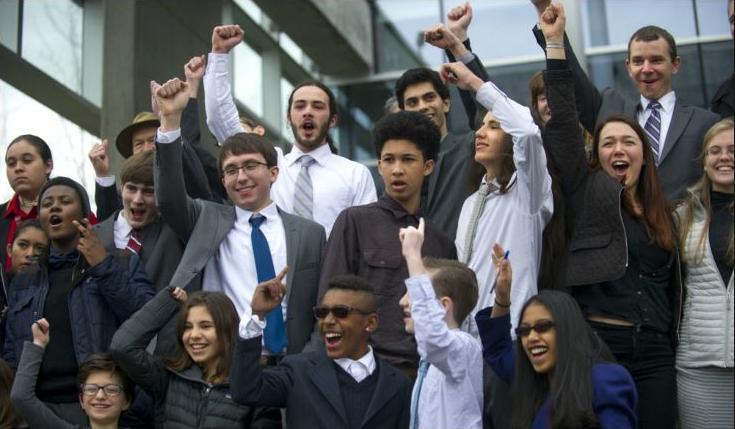 3. Global climate litigation campaigns will gain momentum during 2017, legitimizing our children’s right to a healthy planet.

“This is no ordinary lawsuit,” U.S. District Judge Ann Aiken wrote in her ruling on November 10, 2016 on a landmark case filed in Oregon by 21 young people and Our Children’s Trust. The plaintiffs allege that over the last 50 years, the government, including President Barack Obama, violated their constitutional rights and imperiled their future by failing to adequately reduce greenhouse gas emissions.

Also acting as a plaintiff is world-renowned climate scientist Dr. James Hansen, serving as guardian for future generations and his granddaughter, who is a youth plaintiff in the case.

Whether the case is heard in federal court or settled, it provides a solid legal foundation for future climate litigation, and gives hope to the growing ranks of youth climate activists and their supporters.

We believe that more judges will acknowledge that the climate change crisis is within their purview, and that the constitutional rights of youth plaintiffs will be upheld against other governmental branches.

The world is watching this historic precedent set in Oregon. We predict the optimism gained from this victory will encourage judges and activists to look to the courts to validate the science behind climate change and allow judicial systems to require governments to take tangible action.

4. Private industry picks up U.S. government slack, making progress towards Paris commitments. During his campaign, President-elect Trump referred to climate change as a Chinese hoax and asserted that he will cancel the Paris Agreement. While he has walked back these statements, most recently saying that “nobody really knows” if climate change is real, his choice of Oklahoma Attorney General Scott Pruitt to lead the Environmental Protection Agency suggests that Trump is going to try and make his campaign promises.

In the days after the November 2016 election, business leaders called on Trump to honor America’s agreement to the Paris Accord. Savvy business leaders and people like Bill Gates who recently drew attention to his $1 billion clean-technology fund, not only understand that climate change is real, but understand that taking no action will have a negative impact on their bottom line.

Progress will be made toward our U.S. Paris commitments due to the efforts of private industry. The Climate Trust anticipates that the Trump Administration will be left on the sidelines while the rest of the world rallies to meet the commitments made in Paris to keep greenhouse gas emissions at levels that will prevent global climate change increasing more than 2 degrees Celsius above pre-industrial levels.

Meeting the ambitious greenhouse gas goals now required by law in California in the cheapest manner possible is a central equity issue.

There will be continued attention given to these environmental justice concerns both in California and across the country as state climate policy evolves.

The Biloxi-Chitimacha Tribe in Louisiana is considered the first official community of climate refugees in this country. Whether it’s a 1,000-year flooding event in Louisiana, or wildfires on the west coast, global warming is altering the country in ways that will displace thousands of Americans.

This changing geography will necessitate the development of new solutions that not only sequester carbon, but also focus on adaptation. Some of these solutions are already under development, such as the Blue Carbon Initiative, which seeks to restore coastal wetlands to sequester carbon in plants and soils and protect against dangerous storm surges.

Tribes that have taken part in carbon transactions have indicated that credit sales provide a new way to make money while improving wildlife habitat, expanding the tribe’s natural resource program, and acquiring and protecting land in its ancestral territory.

Last year, the protocol rules for the California market were expanded beyond the lower 48 U.S. states to include Alaska, opening the door for even more tribes to engage.

8. China takes the lead in carbon markets, encouraging linkages. The year of the rooster in the Chinese calendar is also the year China will take a leading role in using markets to fight global climate change.

After several years of piloting regional emissions trading programs, China will launch a national system that will cover over four billion tons of greenhouse gas emissions, making it twice as large as the next biggest market in Europe.

“As a developing nation and large emitter, China’s bold commitment to carbon markets will send a signal that will be felt in America and beyond,” says Erika Anderson, a climate change attorney doing business in China.

9. U.S.-based institutional investors will increase commitments to investments that hedge out carbon risk. Following the example of Norway’s sovereign fund, and other large European institutional investors, U.S.-based pensions and family offices will continue to de-risk their portfolios from the negative impacts of climate change, and take advantage of opportunities in the sustainable real assets space.

Lindsey Brace Martinez, founder of StarPoint Advisors, LLC and advisor to institutional investors and asset managers, says, “Given the prevailing sentiment for a low return environment, U.S. institutional investors are looking for investment managers who have a competitive edge and can deliver value over the long-term. Investment managers who systematically review and update their risk management approaches and apply their expertise through focused strategies will have a competitive edge.”

10. California Air Resources Board prevails in CalChamber lawsuit and commits to cap and trade. A long-standing lawsuit filed by the California Chamber of Commerce, Morning Star Packing Co.,and the National Association of Manufacturers has hung over the cap and trade market. The lawsuit argues that the auctioning of the cap and trade allowances constitutes an illegal tax since it does not have the approval of two-thirds of the Legislature.

Oral arguments are scheduled in Sacramento for January 24, 2017.

There are three possible outcomes for the lawsuit. It may be deemed a tax, and cause California to have a cap and trade system without the auction element unless the Legislature approves with a two-thirds vote.

It could be deemed a regulatory fee, and thus uphold the validity of the allowance auctions. Or, the third possibility is that the court finds that the auction is neither a tax nor a fee but something else not subject to the strictures of tax voting requirements under the state constitution.

The Climate Trust believes that this third option will be the outcome of the suit and be a complete victory for the cap and trade program.

“In 2016, a number of our predictions came to fruition, including an increased number of institutions committing to divest from fossil fuel companies as part of the transition to a clean energy future,” said Kristen Kleiman, director of investments for The Climate Trust.

“The divest movement has provided a valuable market signal to support the needed flows of conservation finance,” Kleiman said. “Riding this wave of interest from large institutions, late last year, The Trust executed a milestone contract with the David and Lucile Packard Foundation, securing a $5.5M Program-Related Investment to seed our first-of-its-kind carbon investment fund.“