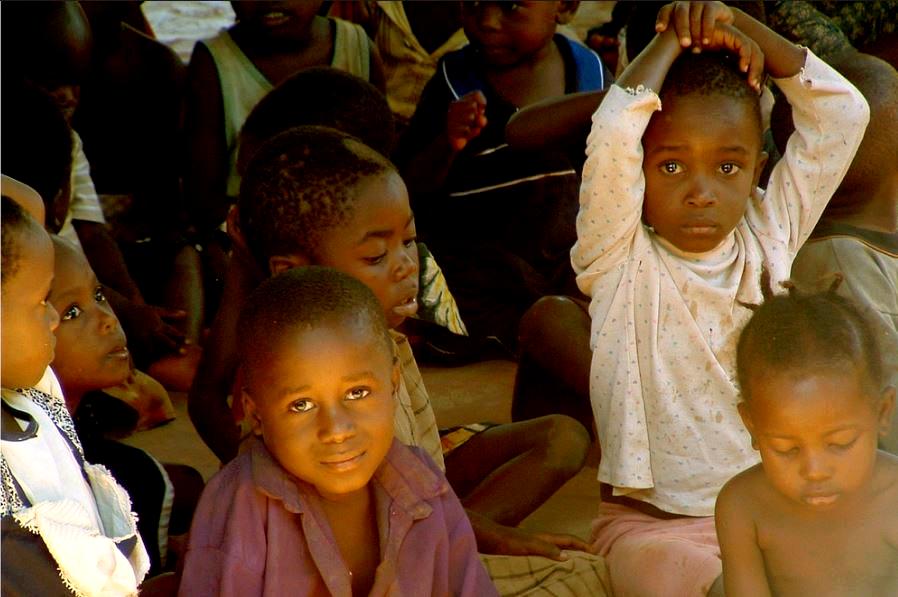 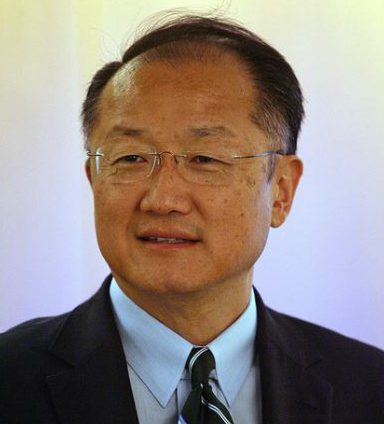 Kim said the fresh infusion of funds will scale up investments and de-risk private sector participation for accelerated growth and development across Sub-Saharan Africa .

“This represents an unprecedented opportunity to change the development trajectory of the countries in the region,” he said.

“With this commitment,” he said, “we will work with our clients to substantially expand programs in education, basic health services, clean water and sanitation, agriculture, business climate, infrastructure, and institutional reform.”

Kim then left to visit Rwanda in the central Sub-Saharan region and Tanzania in the east to emphasize the Bank Group’s support for the entire region.

With a population of just over one billion people, Sub-Saharan Africa is defined as those African countries situated south of the Sahara Desert.

“Economic growth in Sub-Saharan Africa remains strong,” the World Bank stated three years ago, in March 2014. “Almost a third of countries in the region are growing at six percent.“

But income inequality is extreme in the Sub-Saharan region. Some of these countries, such as Nigeria and South Africa, are rich in oil or mineral wealth, but many others are desperately poor.

Earlier this month, the World Bank president issued a warning on the “devastating levels of food insecurity” in sub-Saharan Africa and Yemen. “Famine is a stain on our collective conscience,” Kim said. “Millions of lives are at risk and more will die if we do not act quickly and decisively.“

“We at the World Bank Group stand in solidarity with the people now threatened by famine,” Kim said March 8. “We are mobilizing an immediate response for Ethiopia, Kenya, Nigeria, Somalia, South Sudan, and Yemen. Our first priority is to work with partners to make sure that families have access to food and water.“

Much of the newly announced financing, $45 billion, will come from the International Development Association (IDA), the World Bank Group’s fund for the poorest countries.

In December, development partners agreed to a record $75 billion for IDA, based on an innovative move to blend donor contributions to IDA with World Bank Group internal resources, and with funds raised through capital markets.

The IDA financing for Africa is targeted to addressing roadblocks that prevent the region from reaching its potential. The scaled-up IDA financing will build on a portfolio of 448 ongoing projects across the continent.

A $1.6 billion financing package is being developed to tackle the impending threat of famine in parts of Sub-Saharan Africa.

Expected IDA outcomes include essential health and nutrition services for up to 400 million people, access to improved water sources for up to 45 million, and 5 GW of renewable energy generating capacity.

In support of countries’ own development priorities, the scaled-up investments will focus on tackling conflict, fragility, and violence; building resilience to crises including forced displacement, climate change, and pandemics; and reducing gender inequality.

The new financing for Sub-Saharan Africa will include an estimated $8 billion in private sector investments from the International Finance Corporation (IFC), a private sector arm of the World Bank Group.

IFC will deepen its engagement in fragile and conflict-affected states and increase climate-related investments.

In addition, there will be $4 billion in financing from the International Bank for Reconstruction and Development (IBRD), its non-concessional public sector arm.

IBRD priorities will include health, education, and infrastructure projects such as expanding water distribution and access to power.

Efforts will also promote governance and institution building, as well as jobs and economic transformation.

“This financing will help African countries continue to grow, create opportunities for their citizens, and build resilience to shocks and crises,” Kim said.

While much of the estimated $45 billion in IDA financing will be dedicated to country-specific programs, Kim says significant amounts will be available through special “windows” to finance regional initiatives and transformative projects, support refugees and their host communities, and help countries in the aftermath of crises.

This will be complemented by a newly established Private Sector Window, especially important in Africa, where many sound investments go untapped due to lack of capital and perceived risks.

The priorities for private sector investment will include infrastructure, financial markets, and agribusiness.

Powering Africa, Both On and Off the Grid 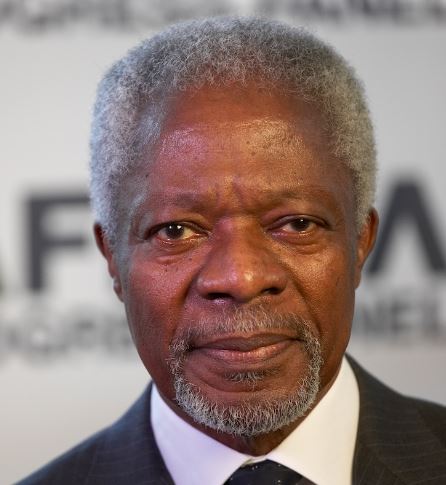 Kofi Annan, secretary-general of the United Nations from 1997 to 2006, was awarded the Nobel Peace Prize in 2001. Born in Ghana, was the first UN Secretary-General from Sub-Saharan Africa. Annan now heads the Africa Progress Panel, and serves as chair of the Kofi Annan Foundation and chair of The Elders. (Photo courtesy Africa Progress Panel) Posted for media use

“Nearly two-thirds of Africans – 620 million people – still do not have access to ‘affordable, reliable, sustainable and modern electricity,‘” said Annan, the energy goal that is central to Agenda 2030 for Sustainable Development.

The core message of “Lights Power Action” emphasizes that grid-connected mega projects such as large dams and power pools are essential to scale up national and regional energy generation and transmission, but they are slow and expensive.

Through the report, Annan is urging governments to increase investment in off-grid and mini-grid solutions, which are cheaper and quicker to install.

“What we are advocating is for African governments to harness every available option, in as cost-effective and technologically efficient a manner as possible, so that everyone is included and no one is left behind” said Annan, who chairs the Africa Progress Panel that wrote the report.

Of the 315 million people who will gain access to electricity in Africa’s rural areas by 2040, it is estimated that only 30 percent will be connected to national grids. Most will be powered by off-grid household or mini-grid systems.

Annan told the audience in Abidjan, “As well as leading the way in promoting wider use of off-grid and mini-grid technology, African governments must continue to work hard to transform national energy grids that are often unreliable and financially fragile.“

“Many energy utilities are mismanaged and inefficient. A lack of accountability and transparency in their governance also nurtures corruption,” he warned.

“Electricity theft at staggering scale is often the result of this malpractice; rolling black-outs are the result of mismanagement,” said Annan. “All continue to feed a deep sense of frustration among citizens.”

“Governments need to intensify their efforts to put in place regulatory environments that give the energy sector incentives to deliver on its transformative potential,” he said.

Africa’s leadership, in both public and private sectors, need to “champion the energy for all agenda,” Annan urged.

“The private sector, African and non-African,” said the former secretary-general, “should be encouraged to enter energy generation, transmission and distribution markets, deepen linkages throughout the value chain, and build the investment partnerships that can drive growth and create jobs.“

He is not saying countries should immediately stop using fossil fuels and switch to renewables. The cost of transitioning to renewables may be prohibitively high in the short term, especially for countries that use their sizable endowments of coal and other fossil fuels to generate energy.

The report advocates that African governments harness every available energy option, so that no one is left behind. Said Annan, “Each country needs to decide on the most cost-effective, technologically efficient energy mix that works best for its own needs.“

As widespread adoption of mobile phone technology has already helped Africa leapfrog over conventional technology and improve financial and social inclusion, Annan predicts that “innovation will bring millions of Africans into the energy loop,” setting the stage for improved quality of life.

“The ultimate goal should be to interlink Africa’s numerous and fragmented power initiatives to create a single pan-African power grid,” he said in Abidjan.

“We know what is needed to reduce and ultimately eliminate Africa’s energy deficit,” declared Annan. “Now we must focus on implementation. The time for excuses is over. It’s time for action.“

Create Strategic Development projects through Maximpact’s Advisory and discover project services for all types of business and organizations. Contact us at info(@)maximpact.com and tell us what you need.