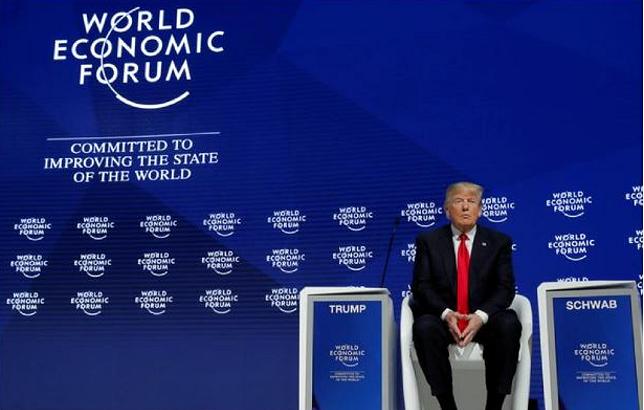 DAVOS, Switzerland, January 21, 2020 (Maximpact.com News) – After a year of floods and droughts, when wildfires devastated Australia and the Amazon, and Swedish teen climate activist Greta Thunberg was named Time magazine’s Person of the Year, the latest World Economic Forum’s Global Risks Report finds for the first time that environmental issues dominate leaders’ concerns for the future.

Both established leaders and newcomers agree that climate change is the most urgent long-term risk the world faces as the World Economic Forum’s 50th annual meeting opened in Davos today.

The meeting gathers more than 3,000 global leaders from politics, government, civil society, academia, the arts, culture and the media under the theme, Stakeholders for a Cohesive and Sustainable World. Participants will focus on defining new models for building sustainable and inclusive societies.

The Global Risks Report, which identifies the top threats facing the world by likelihood and extent of impact, names failure to mitigate and adapt to climate change as the key concern for the Forum’s network.

Respondents to the Global Risks Perception Survey, which underpins the report, place climate change as the number one risk by impact and number two by likelihood over the next 10 years.

In fact, respondents rank issues related to global warming, such as extreme weather and biodiversity loss, as the top five risks in terms of likelihood over the coming decade.

This is the first time one category has occupied all of the top slots since the Global Risks Report was launched in 2006.

For the World Economic Forum’s younger participants, environmental issues are even more pressing.

At the annual meeting today, Thunberg and a panel of other young activists discussed their efforts to improve the world and what they want from the people in power. Their key message: we won’t stop pushing for change.

The session was called Forging a Sustainable Path towards a Common Future. Other participants were: Salvador Gómez-Colón, who raised funds and awareness after Hurricane María devastated his native Puerto Rico in 2017; Natasha Mwansa, from Zambia who campaigns for girls’ and women’s rights; and Autumn Peltier, Chief Water Commissioner for the Anishinabek Nation of indigenous people in Canada.

The session was moderated by Edward Felsenthal, editor-in-chief and CEO of Time magazine.

“In one aspect, lots has happened,” since last year, Thunberg said. “The mass mobilization of young people around the world has put climate at the top of the agenda. People are more generally aware now. The climate and the environment is a hot topic.”

But, she pointed out ever-increasing greenhouse gas emissions, saying, “From another perspective, pretty much nothing has been done. It is just the very beginning.”

Gómez-Colón said young activists are not just talking, they are taking action. “We’re not waiting five, 10, 20 years to take the action we want to see. We’re not the future of the world, we’re the present, we’re acting now. We’re not waiting any longer.”

Mwansa got a spontaneous round of applause when she said, “The older generation has a lot of experience, but we have ideas, we have energy, and we have solutions for the now problems and the ones that are coming up…”

Peltier said it’s not prizes the young people want. It’s change. “I don’t want your awards,” she told the audience in Davos. “If you are going to award me, award me with helping to find solutions and helping to make change.”

Addressing the delegates in Davos, Thunberg, now 17, said, “One year ago I came to Davos and told you that our house is on fire. I said I wanted you to panic. I’ve been warned that telling people to panic about the climate crisis is a very dangerous thing to do. But don’t worry. It’s fine. Trust me, I’ve done this before and I assure you it doesn’t lead to anything.”

“We are not telling you to ‘offset your emissions’ by just paying someone else to plant trees in places like Africa while at the same time forests like the Amazon are being slaughtered at an infinitely higher rate. Planting trees is good, of course, but it’s nowhere near enough of what needs to be done, and it cannot replace real mitigation or rewilding nature.”

“Let’s be clear. We don’t need a ‘low-carbon economy,’ Thunberg said, “We don’t need to ‘lower emissions.’ Our emissions have to stop to stay if we are to have a chance to stay below the 1.5 degrees target. And until we have the technologies that at scale can put our emissions to minus then we must forget about net zero — we need real zero.”

Thunberg warned the science shows we have less than eight years to save the planet. “Even at one degree people are dying from climate change,” she warned.

“Our house is still on fire,” she concluded. “Your inaction is fuelling the flames by the hour. We are still telling you to panic, and to act as if you loved your children above all else. 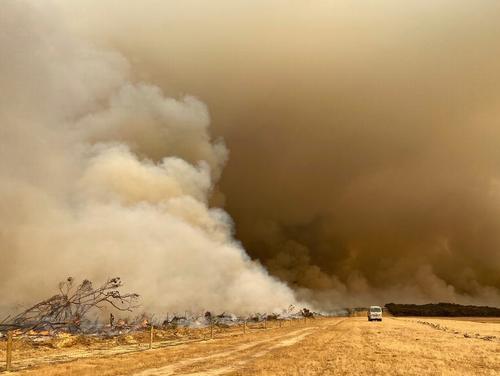 At the other end of the climate alarm scale, U.S. President Donald Trump told the audience at Davos that his policy of wiping out environmental regulations put in place by previous administrations has reinvigorated the U.S. energy business based on the very fossil fuels – oil, gas, and coal – that are blamed for global warming.

“To embrace the possibilities of tomorrow, we must reject the perennial prophets of doom and their predictions of the apocalypse. They are the heirs of yesterday’s foolish fortune tellers,” Trump said.

Rather than accept more regulation tying the hands of business, Trump said free enterprise is the path to improving the state of the world.

“We continue to embrace technology, not to shun it. When people are free to innovate, millions will live longer, happier and healthier lives. For three years now, America has shown the world that the path to a prosperous future begins with putting workers first, choosing growth and freeing entrepreneurs to bring their dreams to life.”

While most major economies around the world are aiming to curb emissions under the terms of the Paris Agreement, Trump, who has started the process of withdrawing the United States from the Paris Agreement, said increases in U.S. fossil fuel production had helped fuel unprecedented American affluence.

President Trump advised people to put their faith in technology to solve the big problems, but he has big problems at home that technology cannot solve. Trump has been impeached by the U.S. House of Representatives and delivered his speech in Davos as the U.S. Senate opens his impeachment trial today.

But a global survey of public opinion published today by the World Economic Forum finds that a majority of people in the world blame global warming on human activity and believe schools are under-preparing students for jobs of the future.

The study reinforces the WEF’s 50th annual meeting’s message that the world urgently needs to start implementing policies and strategies that advance societal and environmental agendas – from reskilling the population for the future to ensuring strong education and leadership on climate change from all sectors.

The global public opinion poll, prepared in collaboration with SAP, a German information technology company and its new acquisition the American experience management software company Qualtrics, surveyed more than 10,500 people in 30 countries – around 76 percent of the global population.

“Toward a More Sustainable World: found that while more than half of respondents reportedly trust climate science, those in India are the most trusting. 86 percent said they trusted scientists “a great deal” or “a lot,” followed by Bangladesh (78 percent) and Pakistan (70 percent). China and Turkey (both 69 percent) complete the top five.

Respondents were also asked whether they believed global warming exists and what causes it. More than two-thirds of people agreed that it’s caused mostly by human activity – In Latin America and the Caribbean (78 percent) agreed.

A key focus for the Forum this week will be driving change to reskill and upskill the global population for future jobs in a climate-impacted world. Forum research has found education systems have “become increasingly disconnected from the realities and needs of global economies and societies,” with a need to adapt to provide future generations with the right skills.

“Only together can government, business, the scientific community, and NGOs solve the world’s most pressing challenges – and only if they put a relentless focus on what to achieve and how to achieve it,” said SAP co-chief executive officers, Jennifer Morgan and Christian Klein. “It’s the people of this world who can help bring this focus to the areas of greatest urgency. Giving them a voice and acting on their feedback is an important duty of every leader from every corner of the globe.”

A specific platform focused on upskilling and reskilling will be launched at the WEF annual meeting. The initiative will create a more cohesive world by providing one billion people with new, more relevant skills for accessing decent jobs within the next 10 years.

Klaus Schwab, founder and executive chairman of the World Economic Forum, said, “We look forward to the Annual Meeting 2020 being a breakthrough moment for climate change. Our participants making a commitment to help tackle this urgent issue is in line with the stakeholder imperative of the 2020 Davos Manifesto and the theme of the 50th World Economic Forum Annual Meeting: Stakeholders for a Cohesive and Sustainable World.”

DRAWDOWN: The most comprehensive plan ever proposed to reverse global warming edited by Paul Hawken... END_OF_DOCUMENT_TOKEN_TO_BE_REPLACED

Your Guide to Healthier Products  What if products improved your quality of life and helped... END_OF_DOCUMENT_TOKEN_TO_BE_REPLACED