Two Experiments With a Car-free Future 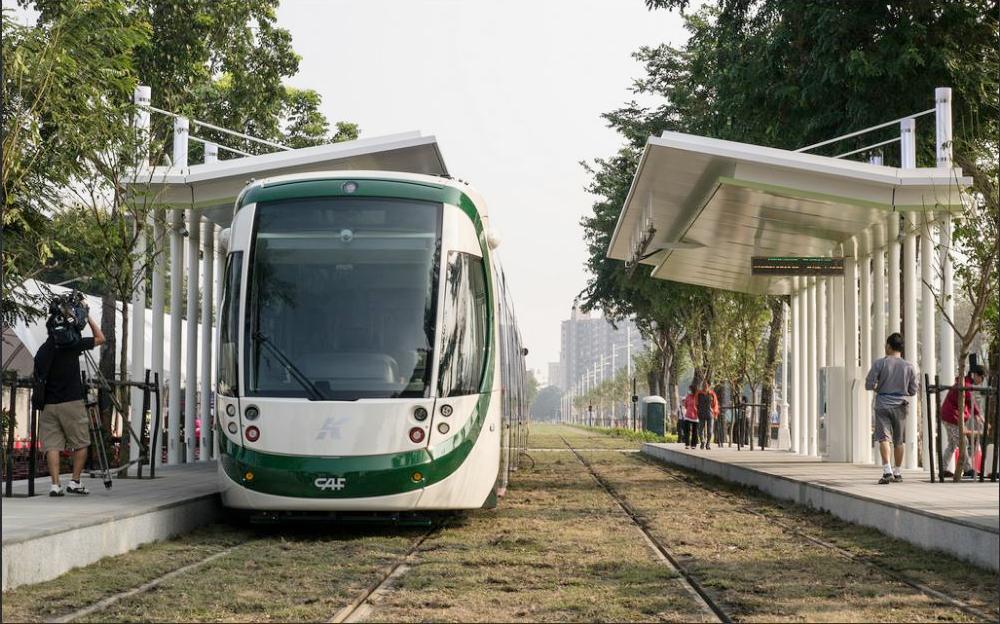 LAUSANNE, Switzerland, October 5, 2017 (Maximpact.com  News) – Imagine you live in a society that has opted to live without cars, not for environmental reasons or due to a fuel shortage but simply out of choice.

PostCarWorld, a study into the role of cars in Swiss society, found that Swiss people could be ready to move past cars, although they would be leaving behind a means of transport that has long been synonymous with modern life.

And, this shift to a car-free culture may even be economically viable, finds the research done at ETH Zurich, a university for science and technology.

“We’re shifting from an object-centered world, in which cars are an extension of our private property, a myth, a dream, to a service-oriented world, which is based on a whole new approach to mobility,” explains Professor Jacques Lévy, a geographer and head of EPFL’s Chôros Laboratory, who directed the four-year study. 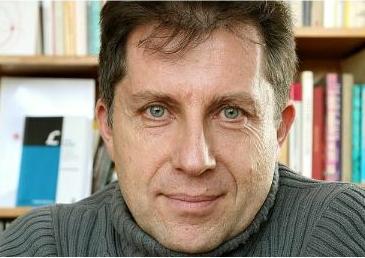 Jacques Lévy is a professor of geography and urban planning at the Ecole Polytechnique Fédérale de Lausanne (EPFL). (Photo courtesy Hesam University) posted for media use.

At the presentation, Lévy gave an honorary lecture followed by the opening of an exhibition showcasing his laboratory’s research and the results of the PostCarWorld research.

The idea for this study had been brewing for several years within the research institutes of EPFL’s School of Architecture, Civil and Environmental Engineering before it finally got the green light for funding by the Swiss National Science Foundation’s Sinergia program, which supports pioneering, cross-disciplinary research.

Can you imagine getting around in a world without cars? That was the initial question put to 1,000 Swiss people, including experts in urban planning and mobility, as well as members of the general public.

“In asking Swiss people to imagine a car-free future, we were really aiming to find out more about what’s happening right now and about people’s complex relationship with cars,” said Lévy.

This relationship has been complicated by the rapidly shifting and highly contradictory status of cars in Switzerland.

While most Swiss people are prepared to consider alternatives to buying a car, change is slow, and people still enjoy driving.

But as leasing, car sharing, carpooling, public transport and telecommuting gain ground, people no longer need to own their own car to have that sense of freedom.

The researchers observed a renewed focus on public spaces within cities.

“There was a consensus among the urban planners we interviewed. They all want to rethink our streets and place more importance on shared spaces,” Lévy said. “Cars will have to adapt to this multimodal world in which pedestrians are reclaiming their rights and public spaces are no longer taken over by cars.”

Their final observation was that cars are responsible for the urban sprawl around us that, once it reaches a certain size, hinders a city’s growth.

As part of the study, EPFL’s TRACE Laboratory came up with the idea of building fast moving walkways that allow people to get around town quickly without a car. This invention has already caught the eye of the European Commission.

“We have not come up with a turnkey solution,” says Michel Bierlaire, the director of EPFL’s Transport and Mobility Laboratory. “But this study proves that the concept is credible and that a car-less, pedestrian-centric city is conceivable. This is a useful starting point for urban planners to evaluate the feasibility of accelerating moving walkways.”

Also at EPFL, a study was conducted into the mobility of those living in the Lake Geneva region. It showed that building strategic public transport links could attract people to them over the long term.

The disruptive influence of driverless cars was also analyzed. The researchers concluded that these cars will play a unique role in how we get around since they are not designed to replace human-driven cars.

Lévy says, “The balance is shifting. People living in downtown areas are aware that the cars polluting the air around them and creating noise come from outside the town, and that the fine particles they produce are deadly.”

“Certain public policies have changed, but the Swiss Constitution sends a mixed signal: it sets sustainable development as an objective but also stipulates that people must be free to choose their means of transport,” Lévy said. “But does this right to mobility conflict with other rights, such as the right to health?”

These contradictions are a sign that we are transitioning to a post-car society, say the researchers, who believe that a car-free world is much more likely now than it was 20 years ago.

On the other side of the world in Kaohsiung, visitors are flocking to the Third EcoMobility World Festival and Congress to experience what a sustainable future for urban transport might be like.

They are arriving in a port city of 2.8 million residents in southern Taiwan, punctuated by skyscrapers, on the Love River, with walking paths and cafes along its banks, and cruise boats navigating its waters.

For the month of October, Kaohsiung is transforming the streets of its historic Hamasen neighborhood into a space dedicated to ecomobile vehicles such as bikes, public transport and light electric vehicles. The city has long been preparing for this event, together with neighborhood residents.

The EcoMobility World Festival, initiated by ICLEI, Local Governments for Sustainability, is a month-long enactment of the future of urban mobility in a real city, with real people, in real time.

Kaohsiung City Mayor Chen Chu says one of the most challenging – and most important – parts of making urban transport more sustainable is the change that needs to happen in our minds. Switching to ecomobility involves behavioral change that lays the groundwork for a new transportation culture.

Chu wrote a letter describing her plans for the event to fellow member cities of ICLEI, an international association of local governments that have made a commitment to sustainable development.

With this letter, she invited “all cities and mobility actors to this revolutionary experiment in our city, to share their expertise and work together on making sustainable urban mobility the norm in our cities.”

Mayor Chu also serves as chair of the EcoMobility Alliance, a network of 22 cities from around the world created in October 2011 in Chang¬won, South Korea.

“Today, over 90 percent of Kaohsiung residents use private cars or motorized scooters to go about their daily lives, contributing to air and noise pollution, traffic jams and accidents in the city,” wrote the mayor to her ICLEI colleagues.

“To demonstrate the transformative potential of an integrated sustainable transport system in Kaohsiung, we will make the Hamasen neighborhood, a frequently visited tourist area, exclusively open to ecomobile transport for the entire month of October,” wrote Mayor Chu.

“We want to improve air quality and create safer and more livable streets by increasing people- and environment-friendly transport options,” she wrote. “Through the Festival, we aim to demonstrate that ecomobility also supports the development of local economy by increasing access to local businesses.”

In parallel with the Festival, Kaohsiung hosted the EcoMobility World Congress on October 1-5, focusing on the three themes that will also be woven into the Festival experience: livable, shared and intelligent.

“By implementing shared mobility, cities can increase the mobility options available to their residents,” said Mayor Chu. “When coupled with intelligent transport solutions, they can ensure easy access to transport-related information by the residents.”

“The Congress will showcase examples from cities all around the world so that we all take home ideas on how to transform our urban transport systems,” she said.

To win the hearts and minds of residents, Mayor Chu and her government are working with over 150 local ambassadors to help residents understand and embrace the Festival, listening to their concerns and spending the time to answer their questions.

To ease the transition into the Festival, Kaohsiung made all ecomobile modes of transport available two weeks ahead of the event. Since September 12, the residents of Hamasen and people coming to the neighborhood to work or study were provided with parking space outside of the neighborhood area, and invited to use the wide range of ecomobile transport options available.

Two weeks before the Festival, 70 percent of the residents had received a public transport e-ticket, allowing them to use the bus, metro, ferry and light rail for free throughout the month of October.

Initial feedback is positive and encouraging say organizers. Students are finding it easier to commute to school, and residents are asking whether the variety of transport options will remain in place after the Festival.

Kaohsiung is treating the EcoMobility World Festival as an investment for the future of the city and its residents. The city is committing to ecomobility and planning for long term changes, but for now, city officials are concentrating on making this challenging experiment a success. 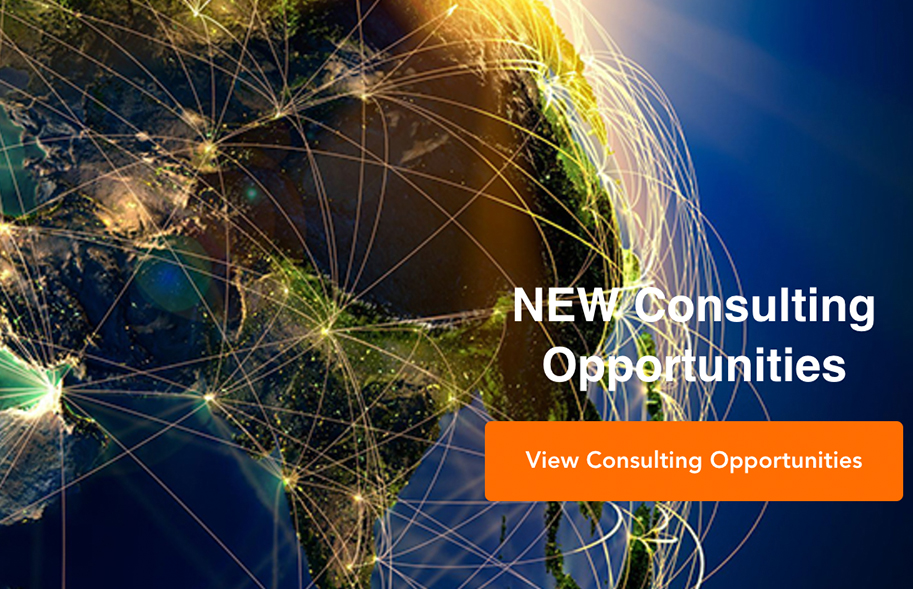