U.S. Airlifts Thousands From Kabul to a Future Unknown 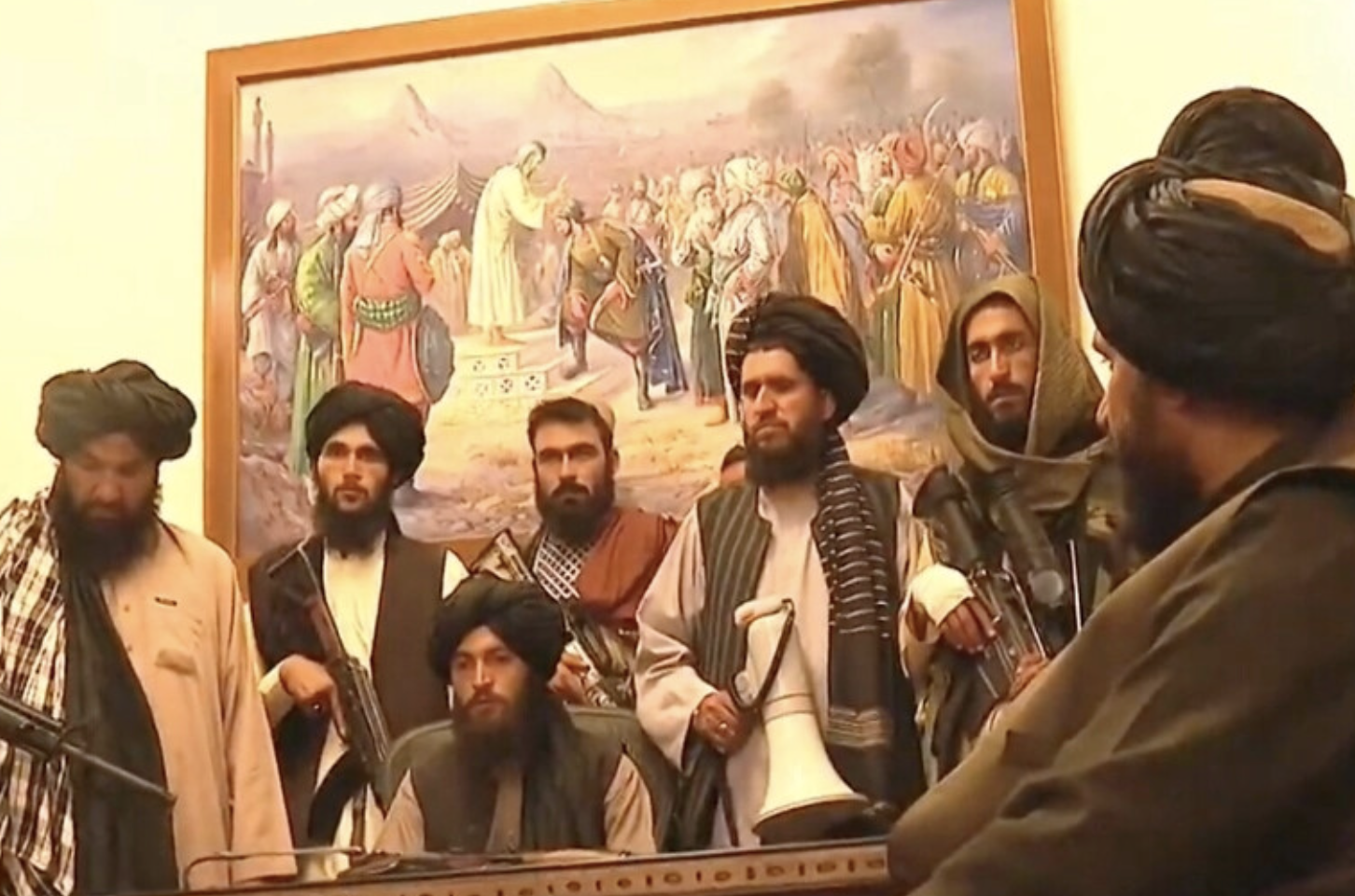 A group of Taliban fighters in a government office in Kabul, Afghanistan, the day they took control of the country, August 15, 2021. (Photo by Daniel Moskowitz) Public domain

WASHINGTON, DC, August 25, 2021 (Maximpact.com Sustainability News) – Every day, the United States is moving thousands of people out of Afghanistan and to safety in what President Joe Biden called one of the biggest airlifts in world history, after the Taliban seized the country in a coup on August 15.

An estimated 58,700 people have been evacuated since Kabul fell to the Taliban on August 15, according to White House figures released Tuesday. President Joe Biden is sticking to the August 31 deadline he set for ending the evacuation effort despite pressure to extend the deadline so that all vulnerable people can get out.

During a meeting Tuesday with the G7 leaders, White House Press Secretary Jen Psaki told reporters, the president conveyed that “our mission in Kabul will end based on the achievement of our objectives. That is a key component there. He confirmed we are currently on pace to finish by August 31st.”

As part of this military, diplomatic, security, and humanitarian operation, the evacuees are being flown from Kabul to third-party countries in Europe and Asia that have agreed to serve as transit hubs before they undergo what a senior official in the Biden administration told reporters Tuesday was “robust security processing.”

That security process involves biometric and biographic security screenings conducted by U.S. intelligence, law enforcement, and counterterrorism professionals who are working around the clock to vet all of these Afghans before they are allowed into the United States.

For instance, the number of evacuees from Afghanistan at the U.S. Ramstein Air Base in Germany was about 7,000 on Monday and again on Tuesday, with a constant flow of arrivals and departures, base officials told reporters. More than 700 evacuees had left Ramstein for the United States by Tuesday morning.

The Biden administration official listed three categories of evacuees being airlifted out of Kabul.

Second category: Special Immigrant Visa applicants and their families. These are Afghan allies of the United States who, the official said, “bravely worked with U.S. service members as translators and in other roles, who stood with us side by side, who risked their lives to help us, and who were far enough along in their SIV application process that we are bringing them here.”

Third category: other vulnerable Afghans that the United States has identified.

To prepare for their arrival, the United States has undertaken extensive COVID and other public health precautions in close coordination with the national Centers for Disease Control and Prevention, with the Department Health and Human Services, and with local public health officials.

“Everyone, that’s American citizens, that’s LPRs, that’s Afghan nationals, will be tested for COVID upon arrival in the United States,” the official said.

The Biden administration is in the process of figuring out exactly how and when vaccinations will be offered to those arriving from Afghanistan.

After getting tested at the airport, American citizens and LPRs can head home while everyone else heads to military bases serving as transit hubs. There, they receive a full medical screening, and assistance in applying for things like work authorizations, before moving on to their next destination.

Each of those arriving families will be connected with one of the refugee resettlement organizations that the U.S. government partners with to help them settle into new lives in America.

“Look, this is a complex process overall, and all of us in government are aware that the steps I’m describing follow a harrowing journey here,” the senior White House official told reporters.

“All of us who work on this are also truly moved by the generosity of so many Americans who are volunteering, donating, or otherwise welcoming these Afghans to the United States,” the official said.

UN human rights chief Michelle Bachelet led calls on Tuesday for Afghanistan’s new Taliban leaders to respect the rights of all Afghans and warned that the treatment of women and girls is a “fundamental red line” that should not be crossed.

Speaking at the opening of an emergency session at the UN Human Rights Council in Geneva, a little over a week since the Taliban swept to power, Bachelet reminded Member States of credible reports of violations of international humanitarian law against civilians in areas under their control.

These reports, she said, make it especially important that the Human Rights Council work in unison to prevent further abuses, and that Member States establish a dedicated mechanism to monitor the fast-evolving situation in Afghanistan and, in particular, the Taliban’s implementation of its promises.

Bachelet is concerned about the Taliban’s treatment of women and girls, and respect for their rights to liberty, freedom of movement, education, self-expression and employment, guided by international human rights norms. “In particular,” she said, “ensuring access to quality secondary education for girls will be an essential indicator of commitment to human rights.” 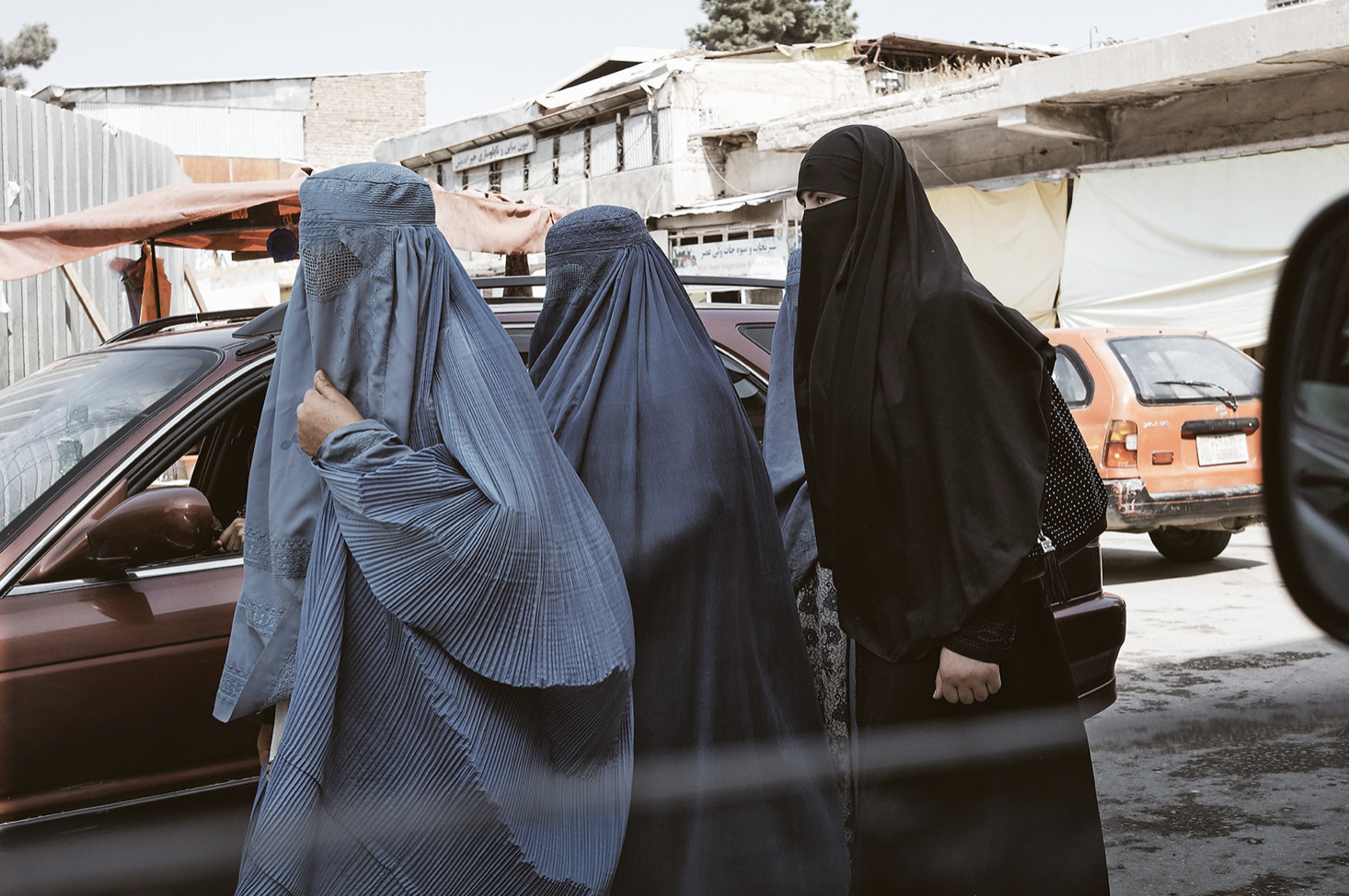 Afghan women wearing burkas on a street in the capital Kabul, January 19, 2014 (Photo by lynnstarbucks) Creative Commons license via Flickr

Among the reported violations received by her office, Bachelet cited summary executions of civilians and members of the Afghan national security forces, recruitment of child soldiers and repression of peaceful protest and expressions of dissent

Echoing those concerns ahead of a vote on a draft resolution calling for investigations and accountability for rights abuses, Afghanistan’s Ambassador, Dr. Nasir Ahmad Andisha, described the prevailing sense of apprehension in the country, with “millions fearing for their lives.”

Dr. Andisha warned that a humanitarian crisis was “unfolding as we speak,” and that thousands people were at risk, from human rights defenders to journalists, academics, professionals, civil society members and former security personnel “who were the backbone – and we hope still will be – of a contemporary and democratic society.”

Another Chapter in a Sad Story

The UN High Commissioner for Refugees (UNHCR) reminds the world that Afghans have suffered more than 40 years of conflict, natural disasters, chronic poverty, food insecurity and most recently the COVID-19 pandemic.

Nearly six million Afghans have been driven out of their homes and their country by conflict, violence and poverty,

“Violence in Afghanistan is worsening in intensity and spreading in reach – causing even more human suffering and displacement. Their resilience and the resilience of their host communities is being stretched to the absolute limit,” the UNHCR warned today.

Afghanistan is now “in its worst moment” and in need of the support of the international community as never before, Shaharzad Akbar, chairperson for the Afghanistan Independent Human Rights Commission, said.

“We have documented that the Taliban advances came with summary executions, disappearances, restrictions on women, media and cultural life,” she said. “This is not ancient history. This is earlier this month, and this is today.”

“Women in Afghanistan are being turned down from their offices by the Taliban, universities have been asked to discuss gender segregation possibilities, women are required to be accompanied by male members of their family in public, media are not broadcasting music, journalists and activists are in hiding or in flee, former members of the Afghan National Security Forces are scared of the worst, the summary executions, house-to-house searches and information gathering has led to widespread fear.”