BEIJING, China, November 25, 2015 (Maximpact News) – Researchers from universities in China and the United Kingdom are putting their heads together to reduce carbon emissions from cities in both countries.

One new project is directed towards integrating low carbon vehicles, such as electric cars, into urban planning.

The other three will tackle existing buildings to provide energy efficient lighting, heating and cooling, as well as indoor environmental quality.

Meeting the pressing carbon emission reduction targets expected to emerge from the upcoming Paris climate talks will require a major shift in the performance of buildings, say scientists in both countries.

The projects were announced as Chinese President Xi Jinping visited the UK October 20-23.

The UK will spend over £3 million from the Engineering and Physical Sciences Research Council (EPSRC), and China will contribute equivalent financial resources from the National Natural Science Foundation of China (NSFC).

EPSRC’s chief executive Professor Philip Nelson, a Fellow of The Royal Academy of Engineering, said, “The aim of this UK-China research collaboration will be to reduce worldwide CO2 [carbon dioxide] production and ensure energy security and affordability.

“The projects build on the strength of our internationally renowned research and will benefit both the UK and Chinese economies,” said Nelson.

“This latest programme, with a focus on future urban environments, will build substantially stronger links between Chinese and UK research communities in relevant areas,” said Che. “It will also brighten the future bilateral collaboration between both countries.” 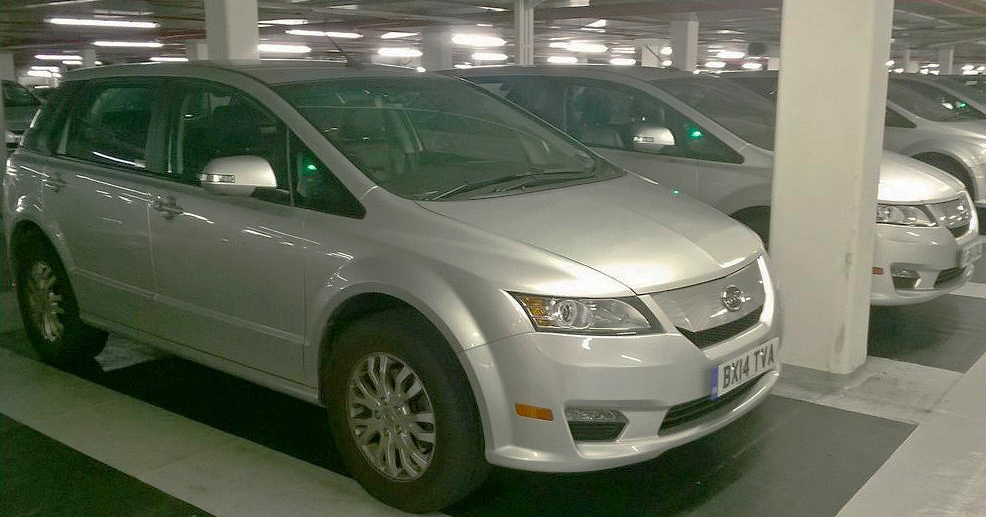 Caption: In a London parking garage, electric taxis by Chinese automaker BYD, which stands for Build Your Dream, await their drivers, April 2015

The four funded projects are:

But uncertainties remain on the demand for fleet services and effective fleet operations, especially for electric vehicles, where interaction with the power grid becomes a critical issue.

A range of new business models for the operation of urban freight and fleet services are emerging, enabled by new information and communications technologies.

This will provide an integrated planning and deployment strategy for multi-purpose low carbon fleets. It will devise operational business models for maximum economic viability and environmental effectiveness.

This project is focused on two cities – Xi’an, China and Portsmouth, UK, both known for their cultural heritage and their population density.

On the southern coast of England, Portsmouth, population 205,000, is the densest city in the UK. Landlocked Xi’an in central China has a population of 5.56 million.

Both cities have published ambitious plans for reducing city-wide carbon emissions but both have lots of aging buildings and infrastructure. The project focuses on the likely impact of building refurbishments on human wellbeing and on carbon emissions.

The researchers will gather real energy use information through sensor deployments and surveys of building residents to identify low disruption and scaled-up retrofit methods.

They will model neighborhood and district retrofits and systems integration, including building refurbishment, district energy and micro-generation to improve buildings for their users.

They are expected to identify smart solutions that will reduce energy consumption and meet mobility needs while pursuing carbon reduction targets.

The potential unintended consequences of the inter-linked issues of energy and indoor environmental quality (IEQ) present a complex challenge that is gaining increasing importance in the UK and in China, these researchers say.

They will address the total performance of buildings to reduce the energy demand and carbon emissions while safeguarding productivity and health.

This project will address the policies and regulatory regimes that relate to energy/IEQ, the assessment techniques used and the ways that buildings are utilized.

An initial monitoring campaign in both countries will compare the same types of buildings in the two contexts and how energy/IEQ performance varies between building type and country.

Researchers will assemble a unique database relating to the interlinked performance gaps. They can then develop semi-automated building assessment methods, technologies and tools to determine the most cost-effective route to remedy the underlying root causes of energy/IEQ under performance.

A second stream of work will address the unintended consequences of decarbonizing the built environment, research already taking place at the University College London.

This project focuses on delivering economic and energy-efficient heating and cooling to city areas of different population densities and climates.

It concentrates on recovering value from the existing building stock of some 3.4 billion square meters, where more than half a billion people live and work.

The cross-disciplinary team of engineers, building scientists, atmospheric scientists, architects and behavioral researchers in China and UK will measure real performance in new and existing buildings in Chinese cities.

They will investigate the use of passive and active systems within integrated design and re-engineering to improve living conditions and comfort levels in the buildings.

The researchers will compare their findings with existing UK research examining the current and future environmental conditions within the whole National Health Service (NHS) Hospital Estate in England to find practical economic opportunities for improvement while saving carbon at the rate required by ambitious NHS targets.

They will propose detailed practical and economic low and very low carbon options for re-engineering the dominant building types and test them in the current climate with its extreme events.

To ease China’s adaptation, recently published research “Air Pollution in China: Mapping of Concentrations and Sources” shows that China’s carbon emissions have been substantially over-estimated by international agencies for more than 10 years

From 2000-2013 China produced 2.9 gigatonnes less carbon than previous estimates of its cumulative emissions.

Published in August in the journal “Nature,” the revised estimates of China’s carbon emissions were produced by an international team of researchers, led by Harvard University, the University of East Anglia, the Chinese Academy of Sciences and Tsinghua University, in collaboration with 15 other international research institutions.

Facilitated by Research Councils UK (RCUK) China, the first team established outside Europe by the UK Research Councils, this programme builds on five years of collaborative energy research funded jointly by China and the UK.

To date, RCUK China has provided over £160 million in co-funded programmes, supporting 78 UK-China research projects that have involved more than 60 universities and 50 industry partners in both countries.

Featured image: Buildings of all shapes and sizes enliven Shanghai, which is in China’s Hot Summer/Cold Winter climate zone. (Photo by Mike Lutz under creative commons license via Flickr)

Slide images: A. Climate-changing emissions cloud the air in the Chinese city of Xi’an, December 2013 (Photo by Edward Stojakovic under creative commons license via Flickr) B. The densely populated coastal English city of Portsmouth is under study by Chinese and British scientists as a potentially low carbon city. (Photo by Lawrie Cate under creative commons license via Flickr)

Image 01. In a London parking garage, electric taxis by Chinese automaker BYD, which stands for Build Your Dream, await their drivers, April 2015. (Photo by Mic V. under creative commons license via Flickr)