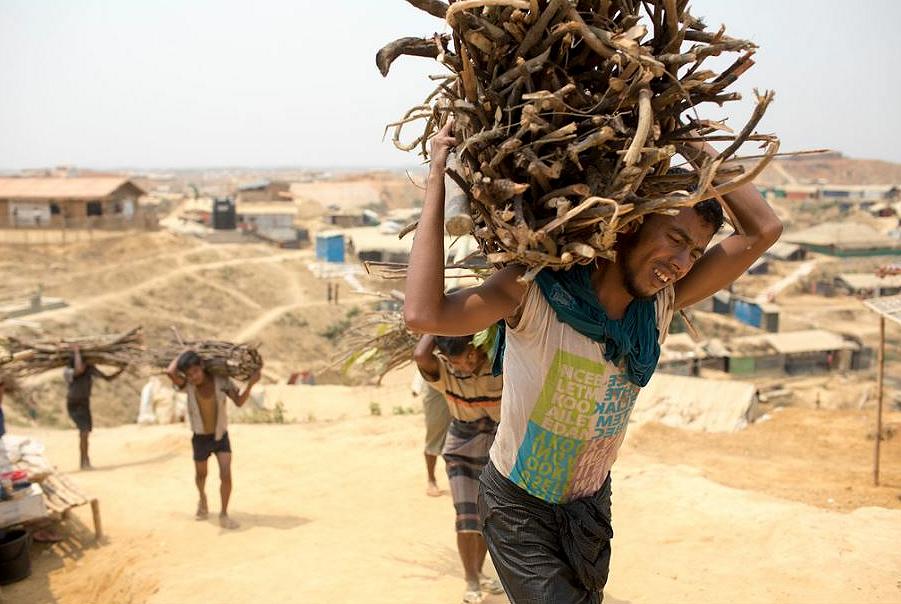 Refugees carry firewood back to their shelters in Kutupalong megacamp, to use as cooking fuel. With the high level of deforestation after the massive refugee influx in 2017, people now need to walk several hours to find firewood. April 3, 2018 (Photo courtesy EU Civil Protection and Humanitarian Aid Operations) Creative Commons license via Flickr.

COX’S BAZAR, Bangladesh, April 4, 2019 (Maximpact.com News) – Within a bamboo hut in the world’s largest refugee settlement, Rohingya refugee Syed Hossain, 27, lifts his shirt to display the blisters on his side.

An outbreak of chickenpox in recent weeks has infected some 5,000 Rohingya children and adults in the vast Kutupalong settlement.

“I noticed the symptoms four or five days ago,” Hossain explains, saying that five of his children have the same symptoms. “I’ve had pain all over my body, then headache and fever. I wasn’t eating.”

While the chickenpox virus is often seen as low risk, it has proven to be dangerous here, among a population unable to get vaccinated in Myanmar, who are now living in a densely inhabited area with insufficient sanitation and hygiene.

“It’s more dangerous for the children here in the camp because they are immunocompromised, they don’t have vaccination and many of them are malnourished,” said Dr. Mahzabin Hoque, a Bangladeshi general practitioner who has worked in the Kutupalong camp since September 2017.

She said, “When the varicella first broke out, you would find most of the children with complications like tonsillitis and pneumonia and diarrhea. And the environment here is more prone to infections, so when the blister bursts, then it’s very dangerous.” 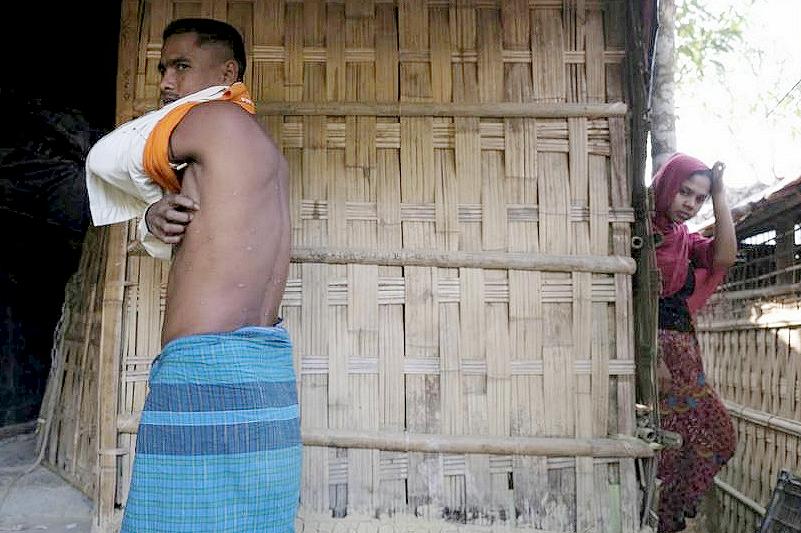 Chickenpox is just one of the many challenges faced by nearly a million stateless Rohingya refugees who have sought safety in Bangladesh. More than 745,000 fled after a government crackdown in August 2017 drove them from their homes in Myanmar’s northern Rakhine State.

The Rohingya are a stateless Indo-Aryan ethnic group, the majority of whom are Muslim. Rohingya have lived for centuries in the majority Buddhist country of Myanmar, formerly Burma.

There were an estimated one million Rohingya dwelling in Myanmar before the 2016–17 crisis. Between August and December 2017, an estimated 625,000 refugees from Myanmar fled across the border into Bangladesh. Many thousands more have entered Bangladesh since then.

In an effort to meet their enormous needs and those of their 330,000 local Bangladeshi hosts, the United Nations aid agencies and NGO partners launched the 2019 Joint Response Plan  on February 15.

“Our humanitarian imperative today is to stabilize the situation of stateless Rohingya refugees and their Bangladesh hosts. We are hoping for timely, predictable and flexible contributions in order to meet the goals of this year’s appeal,” said UN High Commissioner for Refugees Filippo Grandi.

Funds sought this year will also go to support the Bangladeshis to meet the greatest needs in the local community, many of whom rushed to help at the start of the crisis in 2017 as thousands of famished and exhausted children, women and men stumbled in each day under driving monsoon rains.

The Bangladeshis’ swift response to the Rohingya’s plight and their generosity saved countless lives. But the presence of the refugees is a strain for the already-fragile host communities that lack access to water, farmland, education, and livelihoods, potentially generating disputes over scarce resources.

The host populations face higher levels of food insecurity than do the Rohingya refugees from Myanmar. Many have lost access to farm lands, fishing grounds and forest resources and have been deprived of their livelihoods. Almost 2,000 hectares of forest reserves have been destroyed.

Local farmers in Teknaf and Ukhiya have always lacked fresh water for agricultural production. But fecal contamination levels in the affected areas has intensified scarcity of clean water for cooking and normal daily hygiene, while the population increase has massively increased overall demand for fresh water.

Many of them have been compelled to work as wage laborers, but the availability of cheaper refugee labor has made jobs scarce and pushed down daily wage rates. The Bangladeshis also face diminished access to basic services, and an increase in staple food prices because of higher demand.

Now, the greatest physical needs of both communities are being addressed with projects ranging from road building to medical clinics that support both refugees and Bangladeshis alike, as well as new water and sewage treatment facilities.

The UN Refugee Agency (UNHCR) and Oxfam have just now put into service in Cox’s Bazar the biggest human waste treatment facility ever built in a refugee settlement.

The facility, funded by UNHCR, can process the waste of 150,000 people, about 40 cubic meters a day, roughly the equivalent of that needed for a population the size of the City of Dijon, France, or the City of Savannah, Georgia, in the United States. 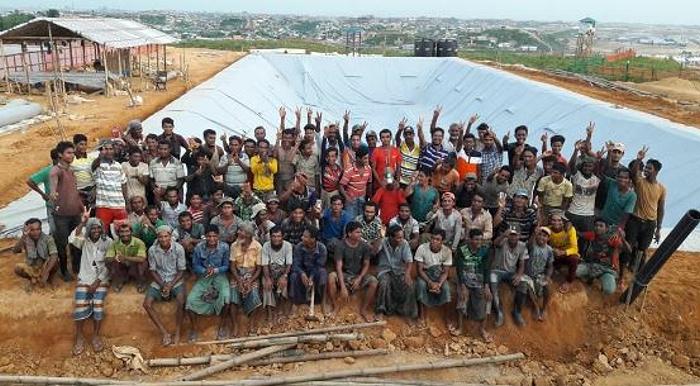 Oxfam International engineers worked together with Rohingya refugees to build this facility that can process the waste of 150,000 people. It’s the largest plant of its kind in a refugee camp. 2019 (Photo courtesy Oxfam International) Posted for media use via Twitter.

Bangladeshi authorities provided the site for the facility and the project was delivered in collaboration with the government’s Refugee Relief and Repatriation Commissioner’s Office in Cox’s Bazar. UNHCR and Oxfam engineers, with support from Rohingya refugees, built the new site in just over seven months.

Close to a million Rohingya refugees live in a complex of settlements in the Cox’s Bazar area. Kutupalong, the largest refugee settlement in the world, houses more than 630,000, and managing the waste in this terrain requires innovative approaches.

The ability to treat large volumes of human waste on site, rather than having to transport it elsewhere, is a critical step to safe and sustainable disposal of such waste in emergency situations.

Officials say the new facility will reduce health risks for refugees and host communities and the likelihood of the outbreak of disease. More than 200,000 cases of acute diarrhea were reported in the Rohingya camps in 2018, as well as respiratory infections and skin diseases like scabies, all too common in settings where sanitation and hygiene are challenges.

The sludge is transported by waste vehicles that empty out waste from multiple locations in the refugee sites into two massive, tightly covered lagoons where the processing begins. The facility maintains minimal operational and maintenance costs, with the initial investment of developing the site and installing the equipment falling just under US$400,000.

This model will be rolled out across other sites in the Cox’s Bazar area in 2019 and UNHCR is considering replicating it in future refugee crises.

Their physical situation may be improving, but refugees’ immediate humanitarian needs are compounded by the extreme traumas that often preceded or characterized their displacement, the 2019 Joint Plan points out.

Speaking in Kutupalong refugee camp on February 5, UNHCR Special Envoy actress Angelina Jolie said, “I am thankful that here in Bangladesh, Rohingya refugees have their existence recognized, and are being provided by the government and UNHCR with documentation and proof of their identity – in some instances for the very first time in their lives.”

“I am here to see what more can be done to ensure Rohingya children can gain education with recognized qualifications that they need to retain a clear vision for their futures, and, when conditions allow, rebuild their communities in Myanmar,” Jolie said.

“I also met yesterday some of the many survivors of sexual and gender-based violence, including mass rape,” she said. “Nearly two years after the beginning of this emergency, there is still a worrying gap in psychosocial services available for refugee survivors. This gap urgently needs to be addressed.”

“A test and measure of any government is how they treat the most vulnerable people in society, and how they treat those who stand up for the vulnerable and speak out for the atrocities committed against them. The people responsible for human rights violations must be held accountable for their actions,” Jolie declared.

“Bangladesh is a generous country rich in culture and history, but with limited resources,” she said. “And it cannot be left to shoulder the responsibility of hosting Rohingya refugees alone. So I urge the international community to continue to provide the humanitarian aid necessary to meet the needs of the refugees and support the communities so generously hosting them.”

Despite progress, the Rohingya remain in an extremely precarious situation. The root causes of their plight in Myanmar have not been addressed and their future is yet uncertain. 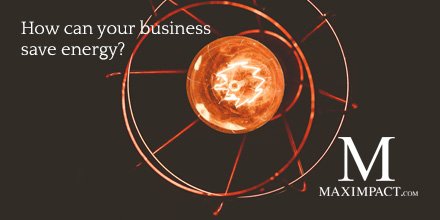