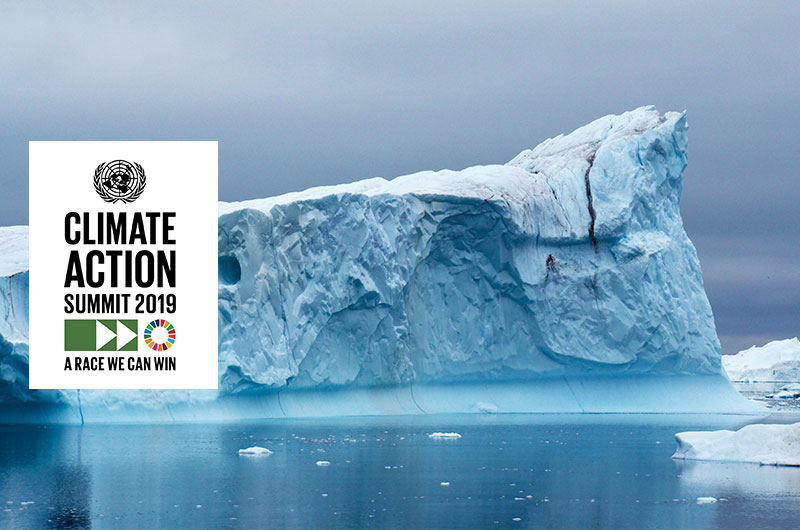 Climate change is one of the most pressing issues of our time, and the time to act is now if there is any chance of combatting and reversing its effects. Some of the hazards of climate change and global warming are extreme weather conditions, depletion of the ozone layer, wildfires, loss of biodiversity, stress on food production systems and the spread of infectious diseases. Climate change affects everyone, and its impacts are being felt everywhere.

“Climate change is one of the most pressing issues of our time, and the time to act is now if there is any chance of combatting and reversing its effects.”

In order to gain momentum and accelerate actions to implement the Paris Agreement on Climate Change, UN Secretary-General António Guterres will host the 2019 Climate Action Summit on 23 September in New York. The Summit will unite global key players to meet the climate challenge and put the Paris Agreement into action.

What is the Paris Agreement?

The Paris Agreement was established as a means to unite and encourage nations to implement efforts to combat climate change. The agreement also includes supporting developing countries in their efforts to do so. The aim of the Paris Agreement is to limit global warming to 1.5-2 degrees Celsius above pre-industrial levels and to ensure that nations can adapt accordingly to the adverse impacts of climate change. Nationally Determined Contributions (NDCs) are established by each nation and outline the efforts they intend to undertake to reduce national emissions and the measures they plan to take to adapt to the effects of climate change. Article 4 of the Agreement requires each party to establish, communicate and maintain the NDCs that it intends to achieve.

“The aim of the Paris Agreement is to limit global warming to 1.5-2 degrees Celsius above pre-industrial levels and to ensure that nations can adapt accordingly to the adverse impacts of climate change.”

UN Secretary-General António Guterres is calling on all leaders to come to the UN Climate Summit with concrete, realistic plans to enhance their NDCs by 2020, in line with reducing greenhouse gas emissions by 45 per cent over the next decade, and to net zero emissions by 2050.

“I want to hear about how we are going to stop the increase in emissions by 2020, and dramatically reduce emissions to reach net-zero emissions by mid-century.” – Guterres 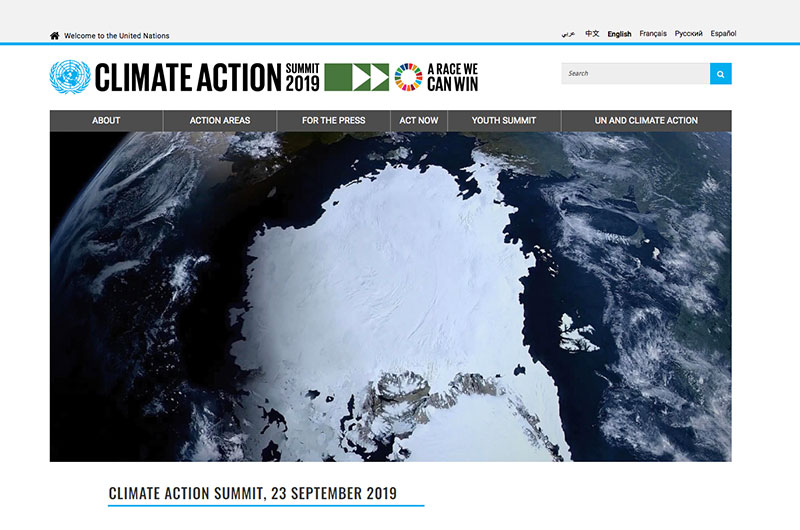 The Secretary-General has prioritised six action portfolios which will be the main focus for the 2019 Climate Summit. These action portfolios have been identified as having the greatest potential to help combat climate change and increase global action on adaptation. The summit will unite governments, businesses, civil society, local authorities and other international organisations to develop transformative outcomes across these main areas:

In addition to these action portfolios, three key areas for the Summit have been identified:

While not everyone is in the position to attend the Summit, but the truth of the matter is that combatting climate change is everyone’s responsibility and not only that of national key decision makers and delegates. By becoming more energy efficient, individuals and organisations can take the first step towards reversing and adapting to climate change. Energy efficiency is so crucial that in order to improve and encourage energy efficiency across Europe, the Energy Efficiency Directive  was established. This piece of legislation was a game changer as energy efficiency practises moved from being a “nice to have” to a legal obligation across Member States.

Partner with Maximpact – together we can bring change

The industrial, commercial and municipal sectors play an enormous role in generating carbon emission and pollution. Both are produced by the waste products of combustion, which are emitted by power plants to make electricity and energy. The demand for clean, cheap and reliable energy is growing globally, and this is where Maximpact can assist. By assessing energy consumption and implementing energy efficiency solutions, organisations can look to reduce energy costs by up to 60%.

How does Maximpact help to achieve this? The first step for industrial and commercial facilities is to conduct an energy audit. Maximpact’s team of experts will conduct an audit to understand how energy is being used, where waste occurs and where opportunities for improvement exist. Energy audits are a crucial element in becoming energy efficient and have even been included in the European Energy Efficiency Directive under Article 8 making it compulsory for large enterprises to have completed an energy audit by December 2019.

Based on the outcome of the energy audit, the second step is to develop an energy efficiency strategy to suit operational needs using various systems including renewable energy and Artificial Intelligence solutions.

Contact our team of experts today and join the fight against climate change.