Adopted on the UN’s 70th anniversary, the agenda is a plan of action for people, planet and prosperity.

“The new agenda is a promise by leaders to all people everywhere. It is a universal, integrated and transformative vision for a better world,” declared UN Secretary-General Ban Ki-moon.

“It is an agenda for people, to end poverty in all its forms,” Ban said. “It is an agenda for shared prosperity, peace and partnership that conveys the urgency of climate action and is rooted in gender equality and respect for the rights of all. Above all, it pledges to leave no one behind.”

The official adoption came shortly after Pope Francis addressed the General Assembly. “The adoption of the 2030 Agenda for Sustainable Development at the World Summit, which opens today, is an important sign of hope,” said the pontiff.

“Never before have world leaders pledged common action and endeavor across such a broad and universal policy agenda,” states the Declaration adopted by the General Assembly.

“We are setting out together on the path towards sustainable development, devoting ourselves collectively to the pursuit of global development and of ‘win-win’ cooperation which can bring huge gains to all countries and all parts of the world,” the Declaration states.

UN Development Programme (UNDP) Administrator Helen Clark, a former New Zealand Prime Minister, said, “Ours is the last generation which can head off the worst effects of climate change, and the first generation with the wealth and knowledge to eradicate poverty. For this, fearless leadership from us all is needed.”

UN Environment Programme (UNEP) Executive Director Achim Steiner said Friday, “Every so often the world takes a historic step forward as a global community. Today, nations of the world moved forward together on a pathway to a sustainable future.”

“For the first time, we have a development agenda that is focused on sustainability in both the developing and the developed world,” said Steiner. “The 17 Global Goals crucially incorporate environmental sustainability and social equity with economic progress. That integration will be critical to a sustainable pathway forward for the planet and its peoples.”

The Sustainable Development Goals build on the Millennium Development Goals (MDGs), eight anti-poverty targets that the world committed to achieving by 2015. Since the MDGs were adopted in 2000, progress has been made, but much more remains to be done.

The Global Goals include issues that were not in the MDGs such as climate change, sustainable consumption, innovation and the importance of peace and justice for all.

In all the enthusiasm for clean sources of energy to limit climate change, the World Coal Association (WCA) does not want to be left behind, even though burning coal emits planet-warming greenhouse gases.

From WCA headquarters in London, Chief Executive Benjamin Sporton welcomed the Global Goals and stressed the link between lack of energy and global poverty.

“Energy poverty is a dire reality,” said Sporton. “Today there are 1.3 billion people across the globe without access to electricity. This is equivalent to the entire population of China.”

“It is also imperative that we adopt the use of the best available technology to ensure coal is used as cleanly as possible,” Sporton said. “This includes high efficiency, low emissions (HELE) coal technologies and carbon capture and storage. HELE coal technologies provide significant immediate CO2 reductions.”

For UN leaders, raising public awareness of the Global Goals is the first order of business.

The UNDP held Social Good Summits in more than 100 countries, running in parallel with the three-day Sustainable Development Summit in New York.

In the first collaboration of its kind the Global Goals were featured on 19 major digital platforms and internet portals including the Google homepage, Yahoo, The Huffington Post and Twitter with a potential reach of up to two billion people.

The world’s largest partnership of 26 mobile network operators sent out almost one billion text messages and connected over 4.8 billion customers in over 100 countries with a message about the Global Goals.

Hans Vestberg, resident and CEO of Ericsson, the Swedish multinational provider of communication technology and services, said, “Uniting leaders in the industry to bring the important message of the Global Goals to billions of people demonstrates how technology is such a powerful force for good.”

Google unveiled the crowd-sourced film “We the People” written by Richard Curtis and Mat Whitecross when the Goals were adopted on the September 25.

“No Point Going Half Way“, a short film by Richard Curtis featuring Jamaican sprinter Usain Bolt explains why we should finish what we started with the Millennium Development Goals, as we can end poverty by 2030 and tackle inequality and climate change. 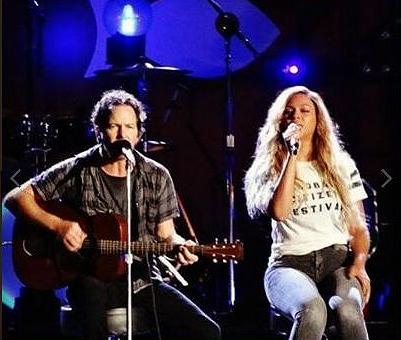 Curtis, founder of Project Everyone, said, “The digital world is the definitive example of how we are all connected. Its collaborations like this that will help us to be the first generation to end extreme poverty, the most determined generation in history to end injustice and inequality, and the last generation to be threatened by climate change.”

Curtis, who serves as the creative director for the 2015 Global Citizen Festival, said, “We want to give the Global Goals for Sustainable Development the noisiest launch in history in the belief that the more famous they are, the more effective they will be.”

“My particular job is to turn the Festival into an hour-long TV program,” said Curtis, “all part of a huge campaign to get the word of the Goals out through TV, cinema, schools, on-line and through Radio Everyone, a unique global network of broadcasters and talent.”

The YouTube homepage is featuring Global Goals videos for a week from September 25. YouTube live streamed the Global Citizen Festival on September 26, also featured on the Google search homepage.

MSN, which reaches 400 million people a month, is creating a Global Goals “hub” on its platform.

The Wikimedia Foundation is encouraging Wikipedia’s volunteers to translate articles covering the goals into as many languages as possible for its hundreds of millions of users.

Baidu with its 500m+ monthly users will create a special Baidupedia page dedicated to the Global Goals Campaign, containing all the key information in Chinese, including the 17 Goals and the ‘We The People’ Video.

The Bing homepage will feature the Global Goals on September 28. Yahoo with one billion users, will feature dedicated editorial content on each goal on both Yahoo and Tumblr.

Skype will be supporting the World’s Largest Lesson through Skype in the Classroom reaching two million educators.

Over the last four years, through the Global Poverty Project people have taken nearly three million actions against extreme poverty. These actions have resulted in 87 commitments and policy announcements, including cash commitments valued at US$18.3 billion.

Back at UN Headquarters, Secretary-General Ban said Friday, “The true test of commitment to Agenda 2030 will be implementation. We need action from everyone, everywhere. Seventeen Sustainable Development Goals are our guide. They are a to-do list for people and planet, and a blueprint for success.”

The 17 Global Goals are:

As of August 2015, there were 169 proposed targets for these goals and 304 proposed indicators to show compliance.

In addition: Here is a great data visualization infographic on impact of construction