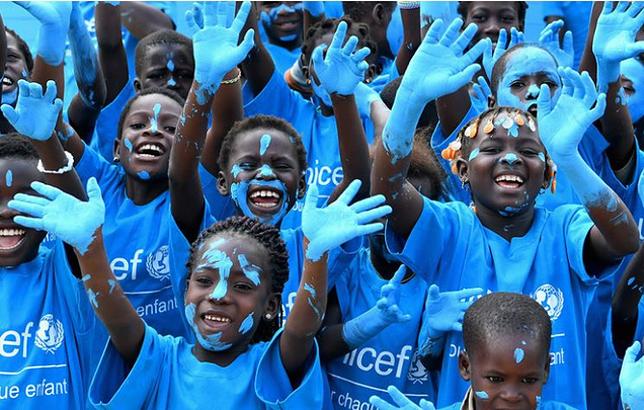 From children recruited by extremists, to street children, to those with disabilities and others who travel with asylum-seekers and migrant families, depriving them of their liberty increases the likelihood that they will be abused or worse, according to the newly published United Nations “Global Study on Children Deprived of Liberty.”

The report was issued on November 20, World Children’s Day, marking 30 years of the UN Convention on the Rights of the Child, the world’s most widely ratified human rights treaty.

“Deprivation of liberty is deprivation of childhood,” said lead author Professor Manfred Nowak, an Austrian human rights lawyer and UN-appointed independent rights expert, who served as the United Nations Special Rapporteur on Torture from 2004 to 2010.

Nowak is Secretary General of the European Inter-University Center for Human Rights and Democratisation in Venice, Italy and works with several other European human rights centers.

“Children should live and grow up in families [or] foster families,” Nowak asserted, “not in institutions where they are in fact deprived of liberty, where there’s strict discipline and a lot of violence. There’s no love.”

The study, authorized by the UN in 2014, is based on the Convention on the Rights of the Child, which provides that, “no child shall be deprived of his or her liberty unlawfully or arbitrarily. The arrest, detention or imprisonment of a child shall be in conformity with the law and shall be used only as a measure of last resort and for the shortest appropriate period of time.”

The study addresses six situations in which children are deprived of liberty: administration of justice, children living in prisons with their primary caregivers, migration-related detention, institutions, armed conflict, and national security.

The majority of responding countries had problems providing comprehensive, up to date information on the number of children in detention. Records are particularly limited in the context of migration and armed conflict.

According to the report, children have been increasingly detained and prosecuted in the context of armed conflict or national security concerns for their online activities, “including posts to Facebook and Twitter.”

The report points out that many detention facilities are characterized by overcrowding, abuse, neglect and violence as well as a lack of hygiene standards, air and sunlight, privacy, adequate health care, recreational and educational opportunities and gender-sensitive facilities.

Depriving children of their liberty is linked to anxiety, depression, suicidal thoughts and post-traumatic stress, the report states, warning that psychiatric disorders for children in detention can increase tenfold during their detention, which is also correlated with early death among children once released.

Citing medical assessments on the impact of detention on child migrants held on Nauru island – a policy discontinued by the Australian Government – Professor Nowak told journalists that doctors had said the youngsters were “among the most traumatized children they had ever seen.”

In north-east Syria, meanwhile, some 29,000 youths are being held in formerly Kurdish-dominated areas, suspected of being child soldiers or for having links with terrorism, Professor Nowak said.

“Many of these children were recruited [by ISIL extremists] or were brought by their parents as small children,” he noted.

“Some were even born in the camp and now are detained under very deplorable conditions,” Professor Nowak explained, adding that another 19,000 youngsters are also being held with their mothers.

According to the study, at least 410,000 children are held every year in prisons and pre-trial detention facilities, where violence is “endemic.”

Many of these youngsters have been charged with truancy, disobedience and underage drinking, it says, noting that 94 percent of all young detainees are boys, while another million are held in police custody every year.

In addition, at least 330,000 children in 80 countries are held in immigration detention yearly, while 670,000 children have been placed in institutions “that meet the legal definition of deprivation of liberty.”

Citing the Convention on the Rights to the Child, signed by all UN Member States except the United States, Professor Nowak stressed that detention of minors should be a last resort and urged countries to put children first. 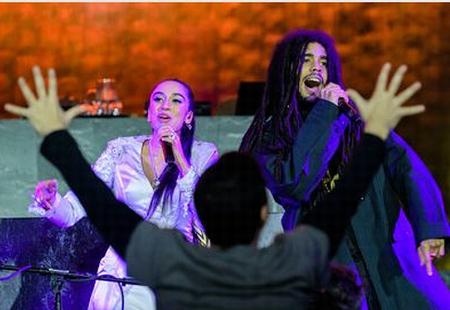 Singer-songwriters Skip Marley, grandson of Jamaican star Bob Marley, and Amrit Kaur Lohia, Sikh-English specialist in Punjabi folk, R&B and soul, perform at the UN General Assembly on the occasion of the 30th anniversary of the adoption of the Convention on the Rights of the Child. November 20, 2019, New York (Photo by Manuel Elias courtesy United Nations)

Children were both seen and heard in the UN General Assembly on Wednesday, World Children’s Day, during a celebration to commemorate

30 years since the adoption of the treaty that protects their rights.

Children participated in similar summits in more than 50 countries, from Armenia to Jordan and from Ethiopia to Indonesia, according to UNICEF.

“In world capitals and buildings like this, adults talk about children’s rights. But today, young people don’t want to be talked about. We want to do the talking,” Emmy-nominated actress, Millie Bobby Brown, star of the hit Netflix series “Stranger Things,” declared at UN Headquarters in New York. Last year at age 14, Brown was announced as UNICEF’s youngest-ever Goodwill Ambassador on World Children’s Day 2018.

Dante Vegara, an 11-year-old climate activist from Chile, had one request for the international delegates, “Act now to protect our planet.”

“Very often, issues of the environment and climate change are postponed because there are more urgent things to resolve and I am concerned many adults continue to see things that way,” he said.

“Climate change is a very severe problem,” said Vegara. “Girls and boys have something to say because we are the ones who will inherit a sicker and sicker world. Without a healthy environment, all our rights are threatened.”

The English former professional footballer, David Beckham, a Goodwill Ambassador for UNICEF since 2005, told the UN General Assembly of his youth in the East End of London, where family, teachers and later, coaches, supported his dream of becoming a soccer player.

Beckham recognized that many children worldwide have not been as fortunate. “Children hungry and sick. Children living through wars.  Children who lost their parents in earthquakes and floods. Girls and boys with different stories and backgrounds from my own, but like all children they have one thing in common: they have ambitions and they have dreams for a better future,” he said.

“I have worked with UNICEF for almost 20 years and I have met children in all corners of the world, young people that have ambitions for a

better education, a life free from disease and for peace,” Beckham said. “All children deserve the opportunity to reach their potential and I’m very proud to support the young people speaking up for change today.”

UN officials displayed their commitment to the human rights of young people.

Henrietta Fore, head of UNICEF, said at the event in New York, “The best pathway to a better, more sustainable future for all is to invest in all children today. As we look ahead to the next 30 years of progress, let’s recommit to children’s rights. And let’s make these rights real in programs, policies and services in every community, in every country, around the world.”

Michelle Bachelet, UN High Commissioner for Human Rights and twice president of Chile, reported in Geneva that the Internet has been used to bully, intimidate and exploit children.

“We need to take action to protect children from exploitation and harm,” Bachelet said. “We need action to ensure that children are empowered to raise their voices – and to protect from physical attacks and other forms of abuse the children who stand up to defend human rights and the rights of the child.”

The President of the UN General Assembly, which brings together all 193 UN Member States, emphasized the need to make girls a priority. Some 650 million girls globally reportedly have been married off before turning 18. 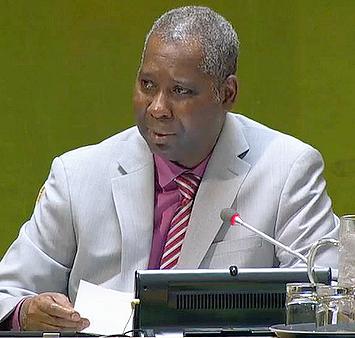 “It is crucial that girls are encouraged to stay in school and attain [the] necessary capacity for mental and human capacity development,” UN General Assembly President Tijjani Muhammad-Bande of Nigeria said in his opening address.

“We must ensure that all efforts are made to work towards Target 16.2 of Agenda 2030 for Sustainable Development which calls on Member States to “…end abuse, exploitation, trafficking and all forms of violence against, and torture of, children,” said Muhammad-Bande.

Tackling climate change, ending poverty and hunger, providing quality education, and empowering women and girls are among the objectives of the Sustainable Development Goals, which have a deadline of 2030.

“Indeed,” said Muhammad-Bande, “as we enter the Decade of Action on the Sustainable Development Goals we must ensure that all actions towards the SDGs are made, whilst upholding the rights of all children, everywhere.”