US$100 Billion to Finance Climate Triage 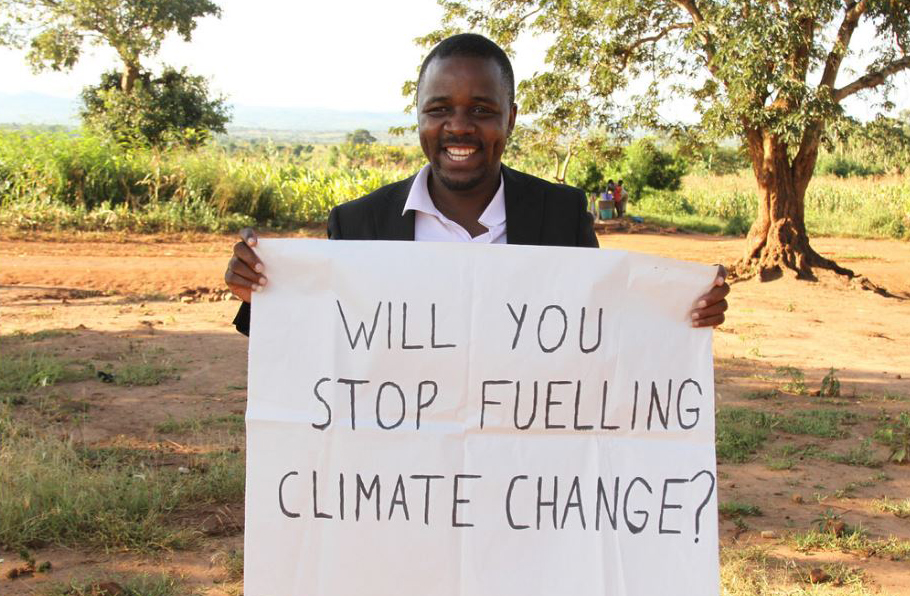 WASHINGTON, DC, November 3, 2016 (Maximpact.com) – Finance is always a hot button issue at the UN’s annual climate negotiations, and this year’s 22nd Conference of the Parties to the UN Framework Convention on Climate Change, COP22, will focus even more intently on financing – this time to support the first global greenhouse gas limitation pact, the Paris Agreement on Climate Change.

At COP22 in Marrakech, Morocco, taking place November 7-18, nations are expected to continue strengthening the global response to the threat of climate change, with the central focus placed on enhancing ambition, promoting implementation and providing support, especially financial support.

The process is energized by the unexpectedly rapid entry into force of the Paris Agreement on November 4, just before the opening of COP22.

The Paris Agreement was adopted at the UN climate conference in December 2015. To enter into force, at least 55 Parties accounting for at least 55 percent of global greenhouse gas emissions were required to join the pact, which enters into force 30 days later.

On October 5, those thresholds were reached. Countries joining the Agreement include the biggest and smallest greenhouse gas emitters, as well as the richest and the most vulnerable nations.

The Paris Agreement is clear that all finance flows – both public and private – must become consistent with a low-emission and climate-resilient development path.

In the United States, 2016 is the first year that investment in renewable energy sources has outpaced investment in fossil fuels, said John Morton, director for energy and climate change for the National Security Council, speaking to reporters today on a conference call.

At COP 22 in Marrakech, work to develop the rules that deliver on this goal continues.

Here are five key climate finance issues to watch as outlined by the World Resources Institute, a global research organization that spans more than 50 countries, with offices in Brazil, China, Europe, India, Indonesia, Mexico, and the United States, where it is headquartered in Washington, DC.

In Paris last December, developed countries were asked for a concrete roadmap for mobilizing US$100 billion in climate finance for developing countries by 2020. This roadmap – which can help build trust that developing countries will be supported in taking urgent climate action – is now being finalized, with the aim of presenting it at a “pre-COP” gathering of ministers next week.

In Copenhagen in 2009 and in Cancún in 2010, developed countries committed to jointly raising $100 billion annually from 2020 to 2025 to help developing countries cope with climate change by building low carbon and climate resilient economies. This pledge was re-affirmed in the Paris at COP21.

This sum may come from bilateral or multilateral, public or private sources, including innovative financing, for example, the French contribution to the financial transaction tax.

The $100 billion in funding should not be confused with the Green Climate Fund; only part of this sum will pass through the Fund.

On October 17, developed countries released a Roadmap for how they will mobilize climate finance between now and 2020.

The Roadmap “aims to provide increased predictability and transparency about how the goal will be reached, and sets out the range of actions developed countries will take to meet it.“

An analysis of the Roadmap by the Organization for Economic Cooperation and Development (OECD) finds that by 2020, developed countries are expected to have mobilized between $90 billion and 92 billion of climate finance, depending on how effective public finance is in mobilizing private finance.

By comparison, the overall total for mobilized public and private finance in 2014 was $62 billion.

The OECD analysis predicts that the $100 billion goal will be reachable for 2020, due to increased leverage ratios for private finance.

Determining progress towards the $100 billion goal is tricky, say WRI analysts, since countries have never agreed on what counts as climate finance.

After considering this issue at climate negotiations earlier this year, countries agreed to hold a workshop in Marrakech to advance progress on the Paris commitment to develop modes for accounting of climate finance.

Consistency in finance reporting will help all countries to accurately track progress on commitments and ensure improved quantity and quality of climate finance flows.

Countries will be developing formats for how finance will be reported, based on these reporting mandates:

These requirements build on earlier rules, but have the potential to be more comprehensive and systematic. Countries need to ensure the reports provide useful information for the global stocktaking process under the Paris Agreement that will assess progress every five years.

The Paris Agreement called for a balance between support for adaptation and mitigation, but there remains some way to go.

Adaptation refers to making changes in the way humans respond to changes in climate.

Mitigation refers to controlling emissions of greenhouse gases so that the total accumulation is limited.

Developed countries’ most recent reporting to the UN shows that 14 percent of bilateral funding went to adaptation in 2014. An additional 17 percent went to both adaptation and mitigation.

In Paris, countries called for increasing adaptation finance. A clear commitment for how adaptation funding will be increased up to 2020 would bolster confidence that the most vulnerable countries’ most urgent needs will be supported.

One mechanism for channeling adaptation finance to developing countries is the Adaptation Fund, which was created at the 2001 COP in Marrakech, to serve the Kyoto Protocol. With the Kyoto Protocol’s commitment period ending in 2020, the Fund’s future is uncertain.

Countries are considering whether and how the Adaptation Fund can support the Paris Agreement.

The Adaptation Fund has a good niche in supporting relatively small-scale adaptation projects and prioritizing direct access to funding. It can provide money directly to national institutions in developing countries, without going through international intermediaries.

Creating a mandate for the Adaptation Fund to serve the Paris Agreement in Marrakech would give it a new lease on life to continue supporting vital adaptation efforts around the world.

What is Being Done Today?

Financial institutions have already been busy finding and allocating funding to climate projects. 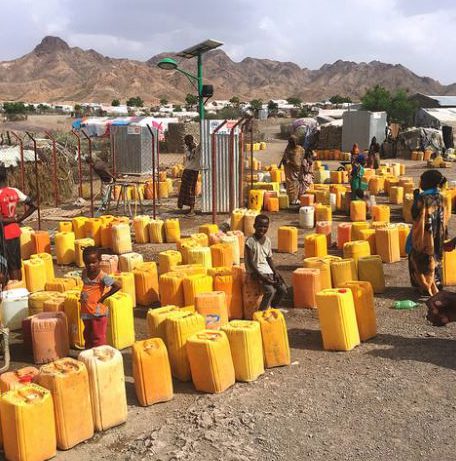 The GCF Board approved funding proposals for 10 projects, totaling US$745 million, and the GEF Council approved its Work Program, comprising 16 project concepts and three programmatic frameworks, with total resources amounting to US$302 million.

In addition, the Adaptation Fund Board approved two new projects totaling US$7 million,

Kim called for concessional finance that is well targeted and “follows the carbon,” is leveraged and blended to crowd in the private sector, and is available quickly, at scale and easily deployed.