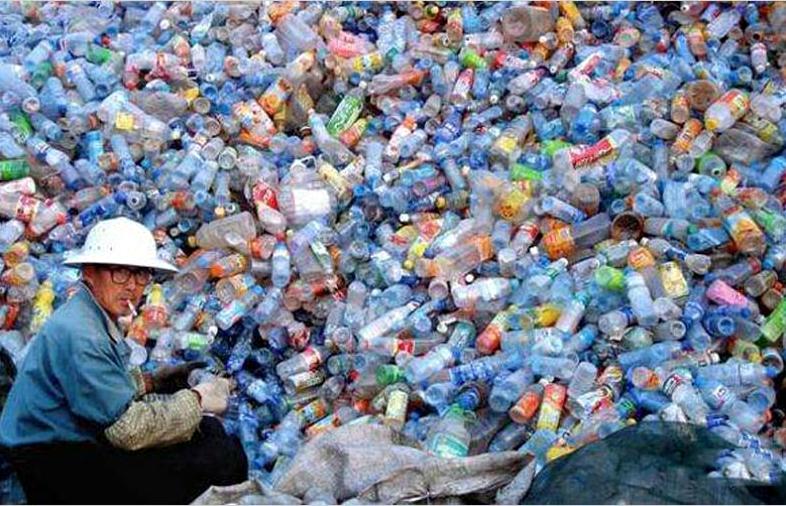 SINGAPORE, January 24, 2019 (Maximpact.com News – That drink bottle you just tossed in the recyle bin could find new life as lightweight lining for firefighters’ coats and carbon dioxide absorption masks for use during fire rescue operations and fire escape if it falls into the hands of a team of researchers from the National University of Singapore (NUS).

Converting waste plastic bottles into aerogels for many useful applications is the accomplishment of a research team led by Associate Professor Hai Minh Duong and Professor Nhan Phan-Thien from the Department of Mechanical Engineering at NUS Faculty of Engineering .

They pioneered the technology to fabricate the world’s first polyethylene terephthalate (PET) aerogel, a porous and ultralight solid with many applications.

Toxic and non-biodegradable, plastic waste often ends up in oceans and landfills, affecting marine life and causing problems such as groundwater contamination and land scarcity.

Globally, the annual consumption of plastic bottles has been rising steadily, and it is expected to exceed half a trillion tons per year by 2021, the professors say.

Plastic bottles are made from polyethylene terephthalate, the most recycled plastic in the world. Although rPET-silica aerogels are not new, still, the PET aerogels developed by the NUS-led research team using waste plastic bottles are a world’s first.

These properties make them attractive for a wide range of applications, such as heat and sound insulation in buildings and oil spill cleanups.

“Plastic bottle waste is one of the most common type of plastic waste and has detrimental effects on the environment. Our team has developed a simple, cost-effective and green method to convert plastic bottle waste into PET aerogels for many exciting uses,” said Duong.

“One plastic bottle can be recycled to produce an A4-sized PET aerogel sheet. The fabrication technology is also easily scalable for mass production,” he said. “In this way, we can help cut down the harmful environmental damage caused by plastic waste.”

The technology to produce PET aerogels was developed in collaboration with Dr. Xiwen Zhang from the Singapore Institute of Manufacturing Technology (SIMTech) under the Agency for Science, Technology and Research. 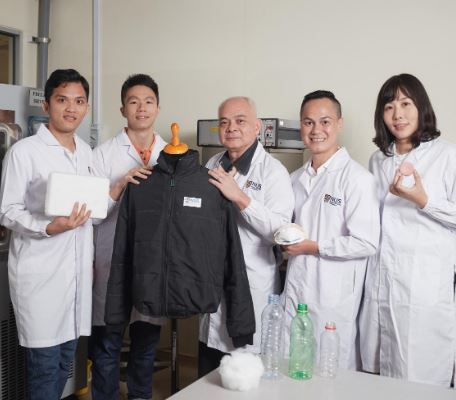 The research team took two years, from August 2016 to August 2018, to develop the technology to fabricate PET aerogels.

Their paper, titled “Advanced fabrication and properties of hybrid polyethylene tetraphalate fiber–silica aerogels from plastic bottle waste,” was published in August 2018 in the journal “Colloids and Surfaces A: Physicochemical and Engineering Aspects.” Our PET aerogels are very versatile. We can give them different surface treatments to customize them for different applications,” explained Nhan. “For instance, when incorporated with various methyl groups, the PET aerogels can absorb large amounts of oil very quickly. Based on our experiments, they perform up to seven times better than existing commercial sorbents, and are highly suitable for oil spill cleaning.”

Another innovative application is to harness the heat insulating property of the PET aerogels for fire safety.

Existing firefighter coats are bulky and they are often used with other breathing and safety equipment. This takes a toll on firefighters, especially during extended operations.

When coated with fire retardant chemicals, the novel lightweight PET aerogel demonstrates superior thermal resistance and stability. It can withstand temperatures of up to 620 degree Celsius – this is seven times higher than the thermal lining used in conventional firefighter coats. But it weighs only about 10 percent of the weight of conventional thermal lining. The soft and flexible nature of the PET aerogel also provides greater comfort for the firefighters.

Professor Nhan explained, “By adopting PET aerogels that are coated with fire retardants as a lining material, firefighter coats can be made much lighter, safer and cheaper. It is also possible to produce low-cost heat-resistant jackets for personal use.”

When coated with an amine group, a broad class of compounds derived from ammonia, the PET aerogel can quickly absorb carbon dioxide from the environment. Its absorption capacity is comparable to materials used in gas masks, which are costly and bulky.

To illustrate this application, the team embedded a thin layer of PET aerogel into a commercial fine particle mask to create a prototype mask that can absorb both dust particles and carbon dioxide effectively.

Prof Nhan said, “In highly urbanized countries like Singapore, the carbon dioxide absorption masks and heat-resistant jackets made using PET aerogels can be placed alongside fire extinguishers in high-rise buildings to provide added protection to civilians when they escape from a fire.”

“Masks lined with amine-reinforced PET aerogels can also benefit people living in countries such as China, where air pollution and carbon emission are major concerns. Such masks can be easily produced, and can also potentially be made reusable,” added Duong.

NUS researchers are also looking into making simple surface modification to the PET aerogels for absorption of toxic gases such as carbon monoxide, which is the deadliest component of smoke.

In their earlier work, the research team had successfully converted paper and fashion waste into cellulose and cotton aerogels. Coupled with this latest innovation involving the recycling of plastic bottle waste into aerogels, the NUS team was recently awarded first place in the Sustainable Technologies category of the 2018 Create the Future Design Contest by Tech Briefs.

The research team has filed a patent for its novel PET aerogel technology, and will continue to enhance the performance of the PET aerogels and explore new applications. The NUS researchers are keen to work with companies to bring the technology to market. 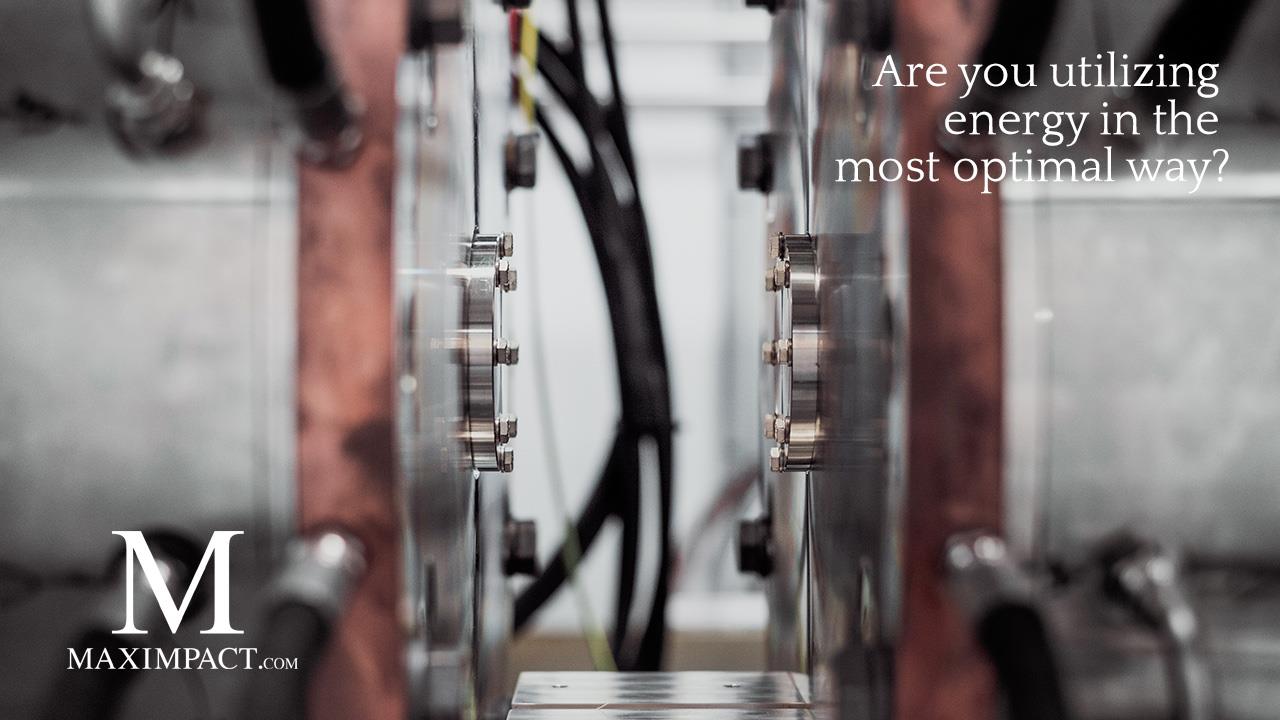